Statoil’s 50 years to be Recorded

Statoil has decided to launch a large project to write the story about the company for its 50th anniversary in 2022. The University of Oslo has been chosen the main supplier in a project that will also involve other Norwegian research institutions. «Statoil’s history» will be a historical fact-based research project to be ready for the company’s 50th anniversary in 2022. The project aims to acquire new knowledge about Statoil and the petroleum activity’s significance to society through 50 years and convey it to the public. 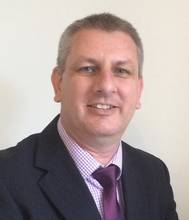 Recently appointed Managing Director of Braemar Engineering, Sheila McClain, has unveiled the company’s new management team that will spearhead the future strategic direction of the marine engineering and liquefied natural Gas (LNG) expert technical advisory consultancy. The new team balances expertise, diversity and continuity, and is fully representative of the depth and breadth of expertise that Braemar Engineering offers its customers worldwide, the company said. Since assuming operational responsibility for Braemar Engineering…

Elandra Yachts has added another layer of craftsmanship to its boat-building operation with the launch of a new in-house paint department at the Gold Coast plant, signalling further growth for the Australian luxury motor yacht brand. Renowned for the range of spectacular bronzed and golden hues gracing the hulls of its show-stopping vessels, Elandra Yachts will now detail and finish each model in-house, ensuring the company's exacting standards are maintained as the factory increases production to meet high international demand.

AVEVA Group plc announces that it has agreed to acquire FabTrol Systems, Inc. from the Dowco Group of Companies the acquisition is expected to complete by Friday 26 June 2015. FabTrol is a software business, headquartered in Eugene, Oregon with operations in North America and the United Kingdom, providing fabrication management software to the steel fabrication industry. The consideration of $6.5 million has been funded through AVEVA's existing cash resources. The acquisition is expected to be earnings enhancing in FY16.

The domestic shipyard industry is traditionally a cyclical business that sees wild upswings followed by deep downturns. More than 30 deep draft vessels reside on the back order books, supplemented by offshore energy fleet replacements and an inland industry that is rapidly modernizing, making this particular boom cycle especially pronounced. Moreover, and with subchapter M and the Ballast Water rules lurking just around the corner, the prospects for sustaining these conditions are very good. If – that is – we can find the right people, trained correctly, to do the job.

The Meyer Werft Germany, Meyer Turku, STX France, and Fincantieri shipyards have all placed orders with Wärtsilä for the supply of fresh water generators to a total of seven cruise ships. The orders were placed between September and November 2014. Delivery of the Wärtsilä systems is scheduled to commence in May 2015 and will be completed by autumn 2017. Wärtsilä's delivery comprises a total of 10 large MSF distillation systems with unit capacities spanning from 115 tons/day to 900tons/day, and 4 Single Stage Desalination systems (SSD) with unit capacities of 30 tons/day.

As the evolution and integration of robotics in maritime vehicles continues to reshape missions and capabilities inland, near-shore and at sea, Maritime Reporter & Engineering News last month was on hand in Abu Dhabi for the unveiling of a new Unmanned Surface Vessel family. If it delivers as designed, it will revolutionize marine robotic vehicle applications for both military and commercial purposes. Robert J. Murphy is certainly no stranger to the world of autonomous robotic marine vehicles, having worked in the field for more than a quarter of a century, dating to the mid-1980s. 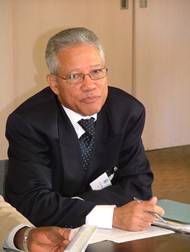 Amendments to the STCW Convention have been made at the right time to make it relevant for today's and future needs, according to Rear Admiral Peter Brady, Director General of the Maritime Authority of Jamaica. Officially opening a regional seminar in Jamaica entitled "Familiarisation With The Manila Amendments To The STCW Convention And Code", Admiral Brady told delegates: "The Convention and the Code had to provide for the needs of today and many years into the future." He said…