About 10 Russian and Azerbaijani ships will take part in a joint naval exercise in the Caspian Sea for the first time; RIA Novosti cited the statement of Russia’s Southern Military District. "The military officials of the countries reached a decision during consultations to hold a joint exercise on the defense of maritime economic infrastructure on September 2015," says the statement. According to the statement, Caspian Flotilla and ships of Azerbaijan will check the provision of the protection of international maritime security in the Caspian Sea… 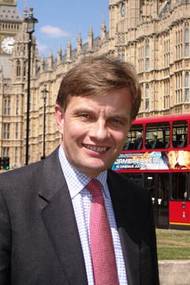 The Welsh Secretary of State David Jones has announced his intention to host a reception during September’s London International Shipping Week to highlight the importance of the Welsh maritime sector. And he has highlighted the economic importance of Welsh ports, stating, “Welsh ports, their industry and the passengers and freight passing through them, form a vital part of the economic infrastructure of Wales. They also make a wider contribution to the U.K. In an article written for the U.K. Chamber of Shipping’s website, David Jones MP, Secretary of State for Wales said, “I believe the U.K. 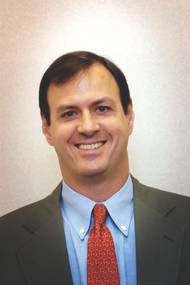 Drought and ensuing low river levels continue to affect the inland industry. Low water between St. Louis and Cairo, Illinois has threatened traffic on the Mississippi River since December. For months, dredging operations have slowed vessels at points along the river's course. Since December, a stretch at Thebes, Illinois, has been shut for much of each day as the U.S. Army Corps of Engineers removes rock pinnacles. A panel of five executives weighed in on a host of topics regarding inland transportation as part of a round table discussion published in the February print edition of Marine News.

Tim Holt, Head of Intelligence at Special Contingency Risks (SCR), part of the Willis Group, gives his reasons, suggest remedies. •    “Piracy is the second largest generator of income in Somalia, yielding an estimated $200 million annually. •    “As pirate financiers invest more and more in the success of their operations, lucrative opportunities for local business have vastly expanded. A $4 million ransom will be injected back into the local economy, benefiting a community that once lived in abject poverty.

Congresswoman Hahn’s Port Security Bill Passes the House. Congresswoman Janice Hahn’s port security legislation has passed the U.S. House of Representatives by a vote of 411 to 9. H.R. 4005 “Gauging American Port Security Act” or GAPS Act directs the Department of Homeland Security to conduct a comprehensive classified examination of remaining gaps in port security and prepare a plan to address them. “The loopholes that continue to exist in port security keeps me up at night,” said Rep. Hahn.