A Standard Gauge Railway (SGR) train fully laden with 108 twenty-foot equivalent units (TEU) of Maersk Line Through Bill of Lading (TBL) containers arrived in Nairobi from Mombasa last 13 April. Compared to the Meter Gauge Railway, the 472-km journey through the SGR is expected to reduce the cargo transport time from an average of 48 hours to 8 hours. Mombasa is one of the main gateways to the landlocked countries in Eastern Africa. The Kenya Ports Authority reported approximately 676,921 TEU full containers came through the port of Mombasa in 2017.

An International Maritime Organization (IMO)-led workshop in Maputo, Mozambique is supporting countries in south-eastern Africa in implementing the STCW (Standards of Training, Certification and Watchkeeping ) Convention, which establishes international standards for training, certification and watchkeeping for seafarers. The workshop (25-29 July) is familiarizing maritime administrations and maritime training institutes with all recent amendments to the STCW Convention and Code…

CMA CGM has announced the strengthening of its current MIDAS service by cooperating with PIL under a new Vessel Sharing Agreement. A fleet of 11 vessels of 3,500 TEU nominal capacity will be deployed, and CMA CGM will contribute to the majority with 9 vessels. It also announced the strengthening of its coverage of India on its SWAHILI EXPRESS service deployed on the India Middle East Gulf - Eastern Africa and Indian Ocean route. In India, MIDAS will extend its coverage with a weekly call at Nhava Sheva direct to West Africa…

NOURA EXPRESS to Optimise its Service Between East Africa and Europe

Following its core strategy of continuous Africa Lines service upgrade, CMA CGM is pleased to present its latest significant improvement on its NOURA EXPRESS service connecting East Africa with Europe. Starting end of November 2015 with m/v MARIE DELMAS, NOURA EXPRESS fixed-day direct service from Kenya and Somalia will be upgraded with a weekly direct call at Salalah (Oman). First call is expected on December 12th, 2015. This service extension will allow smooth and fast connections from Salalah to Europe with EPIC service. - Excellent opportunity for commodities out of Uganda and Rwanda. 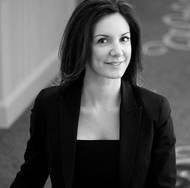 Cole to Address Women in Transportation

Kat Cole, the 35-year-old president of the cinnamon roll brand, Cinnabon, has been confirmed as the keynote speaker for the 2014 annual conference of WTS International, the association for the professional advancement of women in transportation that will take place May 14 - 16, 2014, in Portland, Oregon. “Kat Cole is an incredible role model for business leaders in any industry, particularly for women. What she has done for the companies she’s worked for since a young age and the odds she’s defied as a woman in business make her story and the lessons she’s learned universally appealing…