Post-Brexit trade rules mean prosecco supplier Serena Wines 1881 must store bottles destined for Britain on costlier, fumigated pallets in their own corner of its warehouse in the northeast Italian town of Conegliano.The new shipment requirement is one example of the extra cost and complexity that firms across continental Europe face serving British customers since Jan. 1, adding to disruption of the COVID-19 pandemic to drive UK-EU trade volumes lower.“These first months have been hectic, hellish for everyone,” said export manager Nicola Piovesana.

Take a look around you.Perhaps you’re snacking on a banana, sipping some coffee or sitting in front of your computer and taking a break from work to read this article. Most likely, those goods—as well as your smartphone, refrigerator and virtually every other object in your home—were once loaded onto a large container in another country and traveled thousands of miles via ships crossing the ocean before ultimately arriving at your doorstep.Today, an estimated 90% of the world’s goods are transported by sea…

Commissioner Daniel B. Maffei has been named Chairman of the Federal Maritime Commission, as appointed by President Joe Biden on March 29, 2021. Maffei is a sitting member of the FMC and replaces Michael A. Khouri in the role of Chairman.A native of New York, Maffei was a Member of the U.S. House of Representatives for two terms. His previous professional experience includes serving in the Department of Commerce during the Obama Administration, and earlier in his career, working as a Capitol Hill aide and as a broadcast reporter.

Dozens of ships carrying everything from oil to consumer goods have been delayed by the grounding of a vessel in the Suez Canal, and companies may have to reroute cargoes around Africa if the blockage extends beyond 24 hours, shipping sources said.Efforts were underway on Wednesday to refloat the 400-meter, 224,000-tonne Ever Given, which got stranded on Tuesday morning after losing the ability to steer amid high winds and a dust storm.Shipping sources say the grounding has disrupted regular voyages through the Canal…

Port Houston reported a dip in container volumes for the month of February after a severe winter storm shut port facilities for nearly a week, bringing cargo movements to a virtual standstill.The lethal storm and impact of sub-freezing temperatures on both commerce and activity at Port Houston resulted in a tough month as vessel calls and terminal activities were suspended. Port Houston—the dominant container port on the Gulf Coast and sixth largest in the U.S.—handled 198,763 twenty-foot equivalent units (TEUs) in February of 2021, compared to 255,474 TEUs in February 2020.

Container activity at Port Houston remained solid in January, easily surpassing the 250,000-unit mark and setting the stage for a strong 2021 if that pace continues.The number of containers handled in January 2021 was the second-highest January on record, behind only January of 2020. Port Houston handled 255,039, twenty-foot equivalent units (TEUs), compared to January of last year, when 268,773,000 TEUs were handed.Loaded container imports totaled 121,578 TEUs last month, which was the fourth highest month on record for imports.

India Lines Up Port for Rice, Exports to Surge Amid Global Shortage

India’s southern state of Andhra Pradesh will use a deepwater port to export rice for the first time in decades amid a global shortage of the grain, according to a government order seen by Reuters, which could raise shipments this year by a fifth.The order, issued late on Wednesday, allows Kakinada Deep Water Port to handle rice until more capacity is created at the adjoining Anchorage Port.Congestion at the Kakinada Anchorage Port, India’s biggest rice-handling facility, had led to a waiting period of up to four weeks compared with the normal wait of about a week…

Texas-based dredging contractor Callan Marine said it has been awarded the long-term contract for maintenance and new work dredging of the Port of Corpus Christi.The Port of Corpus Christi is the third most profitable port in the United States and is the second-largest exporter of crude oil. The channel itself is 36-miles long, with 30+ ship berths serving the cargo, dry and liquid bulk, breakbulk, and wind energy industries.Under its multi-year contract, Callan Marine will provide maintenance and new work dredging of the various docks at the port… 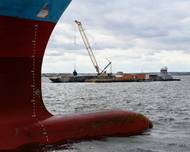 Nautilus Labs, a technology firm aiming to advance the efficiency of ocean commerce through artificial intelligence, announced its partnership to optimize fleet performance with joint venture partners Carisbrooke Shipping and SMT Shipping. Both Carisbrooke, based in Cowes UK, and SMT, based in Limassol, Cyprus, are dry cargo and multipurpose vessel owner/operators.Having first teamed up in October 2019, Carisbrooke and Nautilus have since expanded their partnership to over half of the Carisbrooke fleet. 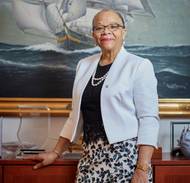 Seafarers Are Key Workers: It’s “All Hands on Deck” @ WMU to Solve the Seafarer Crisis

Dr. Cleopatra Doumbia-Henry, President, World Maritime University, discussed the ongoing seafarer crisis plus the new report from WMU, A Culture of Adjustment, which outlines systemic failures in the implementation of the regulatory regime for seafarers’ work and rest hours.Search as you like, but you will be hard-pressed to find anyone as passionate about all matters surrounding maritime and seafarers than Dr. Cleopatra Doumbia-Henry. Prior to taking the helm as president of the World Maritime University (WMU) six years ago… 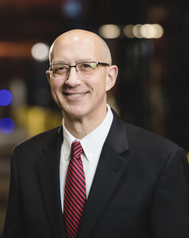 Trade association the Institute of International Container Lessors (IICL) announces that Dennis Lombardi will become president of the association, effective January 1, 2021. Lombardi replaces Steven R. Blust, who will be retiring from his role as president, but will stay on with IICL as a senior advisor. “Dennis Lombardi brings to this position the right balance of operations expertise, business acumen and extensive experience as an active advocate for the industry. We are confident he will serve as a strong leader who will guide the organization as the industry continues to evolve…

Alibaba Group Holdings and Israeli shipping group Zim have entered a strategic cooperation agreement for the direct purchase of sea freight, which will improve logistic services to merchants selling on Alibaba, Zim said on Monday.Zim said it will provide sea freight and services through a direct interface with the e-commerce giant’s logistics platform.The companies have been cooperating since earlier this year, the shipper said in a statement.Zim is 32% owned by Kenon Holdings.(Reporting by Ari Rabinovitch; Editing by Tova Cohen)