Norway-headquartered Knutsen NYK Offshore Tankers (KNOT) has concluded a time-charter contract for two shuttle tankers with Equinor ASA for a maximum 20-year period starting in the second quarter of 2020.KNOT is a NYK Group company, in which NYK has a 50 percent share.The contract aims to use two 152,000 DWT Suezmax tankers equipped with dynamic-positioning systems built by Hyundai Heavy Industries Co. Ltd. to shuttle crude oil produced in waters off Brazil.Upon commencement of this contract… 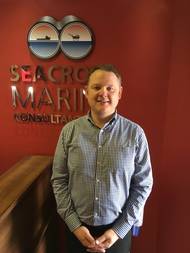 Aberdeen-based Seacroft Marine Consultants said it has appointed Richard Pearce as Marine Engineering and Dynamic Positioning (DP) Manager, as the firm looks to develop more specialized offshore marine projects. Pearce brings to the role 16 years’ experience in engineering and technical disciplines of the marine and offshore industry, including spells at some of the sector’s most prominent names. Most recently he was technical manager at Fletcher Group and service delivery manager…

Specialised shipbuilder Keppel Singmarine Pte Ltd (Keppel Singmarine), a wholly-owned subsidiary of Keppel Offshore & Marine Ltd (Keppel O&M), has secured two contracts worth a total of about S$65 million. The first contract was awarded by Seaways International Pte. Ltd. (Seaways) to build a multi-task Anchor Handling Tug (AHT) vessel suitable for an array of offshore activities. Designed by Robert Allan and belonging to the Rampage Series, the AHT vessel will have a designed bollard pull of 100 tonnes… 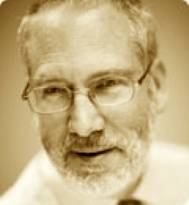 Marine Technical Adviser Ian Giddings has a busy autumn ahead of him as he will taking part in four events in Singapore, Abu Dhabi and Houston; as well as being at the IMCA Annual Seminar, being held in Singapore (6-7 November, 2013) where he will be facilitating a workshop on DP incident reporting. Providing guidance on all aspects of dynamic positioning; technical reports and annual incident reports and analysis plays an important role in the work programme of the International Marine Contractors Association (IMCA).

Abu Dhabi-based Adyard has delivered two AHTS vessels equipped with MAN L27/38 propulsion packages. The two Topaz Energy & Marine 67-metre (80-ton bollard pull) vessels are ready for anchor handling tug supply services and the transportation of dry and liquid cargo to and from pipe-laying barges, drilling platforms and production platforms for offshore operations. The Topaz Dignity will operate on behalf of BP, the oil and gas major, on a long-term-contract basis in the Caspian Sea – whilst Topaz Triumph may remain in the Middle East and be operated by Topaz Marine MENA.

Sentinel Marine orders four multi-role offshore support Emergency Response and Rescue Vessels ERRV’s from Nam Cheong. The new vessels will feature Dynamic Positioning systems, redundancy of propulsion and thruster systems, cargo carrying capabilities and advanced rescue and recovery equipment. Designed to work in the North Sea; one of the harshest environments in the world, particular attention has been placed on sea-keeping, crew comfort and fuel efficiency. The vessels will deliver through Q3&Q4 2014 and there are options for a further four vessels included in the contract.

The International Marine Contractors Association (IMCA) has published “Guidance on RADius Relative Positioning System” (IMCA M 224) describing the RADius microwave radar system. The development of dynamic positioning (DP) systems has grown over the past 35 years, with reliable and robust methods of positioning essential for safe vessel operations at offshore installations. This growth has in turn stimulated the development of DP position measurement sensors which have become more sophisticated as technology has allowed.

Personnel from the U.S. Coast Guard and the U.S. Department of the Interior’s Bureau of Safety and Environmental Enforcement completed a review of the mobile offshore drilling unit Scarabeo 9, Monday, off the coast of Trinidad and Tobago. The review followed an invitation from the vessel’s operator, Repsol. While aboard the Scarabeo 9, personnel reviewed vessel construction, drilling equipment, and safety systems – including lifesaving and firefighting equipment, emergency generators…

The Art of Seafarer Competency

The first International Convention on Standards of Training, Certification and Watchkeeping for Seafarers (STCW Convention) was adopted in 1978. It proved to be largely toothless and vague to the point that it actually established no meaningful standards. While it was a first step, the 1978 Convention was not a good first step. After many years of effort, the Parties to the 1978 Convention met again in 1995 to overhaul the process. As noted in the Foreword to the publication of…

In 2010 Amarcon’s OCTOPUS-DP Capability forecast for efficient offshore DP operations was brought to the market. The OCTOPUS-DP functionality gives offshore vessels the possibility to make optimum use of a safe time window for their weather-sensitive operations. The first installation of the OCTOPUS-DP Capability forecast software was performed on the LNG Carriers Suez Neptune and Suez Cape Ann, in order to facilitate a safe time window so that the vessels LNG can safely be discharged. The OCTOPUS-DP functionality can not be compared with already existing Dynamic Positioning Systems. 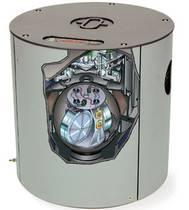