Ports operator DP World gave an optimistic outlook for 2021 on Thursday, citing pent-up demand for cargo and an easing of geopolitical tensions after the change of U.S. administration.Sultan Ahmed bin Sulayem, who is chairman and chief executive of the Dubai state-owned global ports operator, said that demand and supply chain capabilities had also improved as a result of the coronavirus pandemic.“You are always cautious ... (but) the outlook this year looks good for many reasons…

DP World Antwerp Gateway has ordered a fleet of 34 Automated Stacking Cranes for its container terminal in Antwerp, Belgium. The Konecranes Gottwald ARMGs will be an expansion to the current fleet of 20 currently in operation. The first batch will be delivered in Q2 2022, the last batch by 2026. This order was booked in December 2020.DP World Antwerp Gateway was very motivated to continue their current operating concept, using their current ASC system delivered by Gottwald in 2006.

International port operator DP World is on track to report a “relatively stable financial performance” this year after the recording a 3.1% increase in third-quarter shipping container volumes, its chairman said on Monday.The Dubai state-owned company, which reported contractions in container volumes in the first two quarters, handled 18.3 million containers in the July - September period, it said.The 52.2 million containers handled in the first nine months of the year were down…

Dubai's DP World is partnering with an Israeli group to bid for one of Israel's two main ports and to examine opening a direct shipping line between the two Middle East states, it said on Wednesday.The announcement came a day after Israel and the United Arab Emirates signed an historic agreement to normalize ties, and marks a big development in trade and economic collaboration.Dubai state-owned DP World, which operates ports from Hong Kong to Buenos Aires, signed a series of agreements with Israel's DoverTower including a joint bid in the privatization of Haifa Port on the Mediterranean…

Dubai-based DP World said it has agreed to acquire a 60% stake in South Korea's UNICO Logistics Co. Ltd. as the firm continues its expansion across the worldwide end-to-end logistics supply chain. The transaction, subject to regulatory clearances, is expected to close in the fourth quarter of 2020.Established in 2002 by H.J. Park and headquartered in South Korea, UNICO is one of the largest independent NVOCC (Non-Vessel Operating Common Carrier) in South Korea, with a global footprint of 25 subsidiaries in 20 countries.

DP World announce Tuesday it has finished integrating its recent acquisitions Unifeeder and Feedertech, creating a feedering and shortsea network serving hundreds of ports across the globe.Unifeeder, which recently acquired Feedertech, operates feeder and shortsea services around northern Europe and throughout the Mediterranean and Northern Africa regions. Feedertech provides similar services connecting ports in Southeast Asia, the Indian subcontinent and the Middle East. The…

The coronavirus lockdown has accelerated a digitalization drive in a global shipping and logistics sector that still routinely delivers many documents by bike messenger in some countries, according to industry leaders.Ports operator DP World said on Thursday it would join shipping company Maersk and other peers in a blockchain platform aimed at limiting the sector's costly paper trail."The situation around the coronavirus is a very good catalyst for making sure everyone in the supply chain can communicate with each other digitally," Mike Bhaskaran, DP World's chief operating officer for logist

The timing of a trade recovery from the economic crisis caused by the new coronavirus pandemic is uncertain, global ports operator DP World warned on Thursday.The Dubai state-controlled company just last month said it was seeing demand bounce back as Chinese factories restarted, though the global spread of the virus has since drastically worsened, forcing many industries to a near halt."The timing of any recovery is uncertain with trade expected to pick up as and when global economic activity normalizes," Chief Executive Sultan Ahmed bin Sulayem said in a bourse statement.DP World, which is re

Liebherr Container Cranes and DP World Berbera have signed a contract for the supply of eight RTGs for DP World’s terminal in Berbera, Somaliland. The cranes are due to be ready for operation before the end of 2020.The high performance, variable speed diesel RTGs are six containers plus a truck lane wide and will stack one over five containers high. The machines are supplied with DGPS autosteering and stack profiling. Like all Liebherr RTGs, the machines incorporate Liebherr’s eight rope reeving no-sway-system.

Appetite for UAE global port operator DP World's $9bn loan financing is expected to weaken due to market turmoil caused by the coronavirus, bankers said.The loan was fully underwritten by Citigroup and Deutsche Bank, and went out to a wider group of DP World’s relationship banks in senior syndication, which closed at the end of last week, one of the bankers said.These banks included Abu Dhabi Commercial Bank, MUFG, Emirates NBD, First Abu Dhabi Bank and HSBC, a second banker said.“Senior…

Dubai state controlled port operator DP World's revenue grew 36.1% in 2019, but it says the near-term outlook remains “a cause for concern” due to global trade disputes and the coronavirus outbreak.DP World, one of the world’s largest port operators, made $1.34 billion last year compared to $1.33 billion in 2018, it said in a bourse filing. Revenue rose 36.1% to 7.7 billion."However, the global trade outlook remains uncertain due to supply chain disruption caused by Covid-19 outbreak… 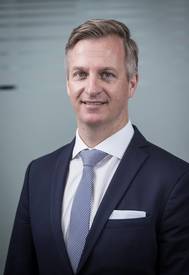 Dubai is to take full control of port operator DP World in a deal with a $13.9 billion valuation that will help the company at the center of the emirate's 2009 debt crisis to repay some of its borrowings.DP World, which operates ports around the world from Hong Kong to Buenos Aires, will take on $8.1 billion in debt to finance the deal in which Port and Free Zone World, part of state investment vehicle Dubai World, will acquire the 19.55% of Nasdaq Dubai listed shares for $2.7 billion.Port and Free Zone World already owns 80.55% of DP World ordinary share capital.

DP World, one of the world’s largest port operators, is delisting from the Nasdaq Dubai and returning to fully private ownership.According to a press release, the  UAE-owned port behemoth’s parent company, Port and Free Zone World, has offered to buy the 19.55% of DP World’s shares traded on the Nasdaq Dubai for $16.75 a share, representing a 29% premium on its closing price of $13 per share on Sunday.DP World's parent company will pay Dubai World $5.15 billion to help the government-owned conglomerate with its outstanding commitments to banks.DP World remains financially strong…

Marine cargo handling company DP World has agreed to acquire a majority 51% stake in TIS Container Terminal in the Port of Yuzhny, Ukraine, subject to the satisfaction of certain conditions, including regulatory approval."Bringing the TIS Container Terminal into DP World's global network of ports, economic zones, warehousing, and inland logistics solutions will strengthen its position as the market-leading terminal of Ukraine," said a press release from the global supply chain…

Dubai-based global ports operator DP World has taken a 44% stake in Frenkendorf-headquartered Swissterminal Holding, the container terminal operator in Switzerland.The parties have agreed not to disclose financial details of the transaction.Swissterminal, which is headquartered in Frenkendorf close to Basel, operates additional locations in Zurich-Niederglatt, Basel-Birsfelden, Basel-Kleinhueningen and Liestal. The terminals are well connected to Europe’s leading container ports in Rotterdam and Antwerp as well as the ports of La Spezia…

Dubai state controlled port operator DP World has taken a 44% stake in Swiss container terminal operator Swissterminal Holding AG.The Mayer family, who founded the business, will remain a majority shareholder, a statement from the company said. Roman Mayer will continue to serve as Swissterminal’s CEO.Financial terms were not disclosed.Swissterminal operates additional locations in Zurich-Niederglatt, Basel-Birsfelden, Basel-Kleinhueningen and Liestal. The terminals are connected to container ports in Rotterdam and Antwerp as well as the ports of La Spezia…

A London arbitration court has ordered Djibouti to restore DP World's right to operate the Doraleh Container Terminal as detailed under a 2006 concession deal within two months or pay damages, the state news agency WAM reported on Tuesday.The government of Djibouti seized the terminal from Dubai government-controlled DP World in February 2018 over a dispute dating back to at least 2012.An independent expert has estimated the losses to DP World at more than $1 billion, WAM reported. (Reporting by Asma Alsharif; Editing by Jan Harvey)