With DNV GL certification obtained in February 2021, the COBRA battery system from Becker Marine Systems can be used for a wide range of inland waterway and maritime shipping applications, and due to demand, Becker is expanding COBRA production at its Winsen (Luhe) location.Tailor-made for maritime, the COBRA system now has full certification including IEC 62619 and IEC 62620 and can now be installed on board inland waterway and ocean-going vessels. “We have achieved the highest… 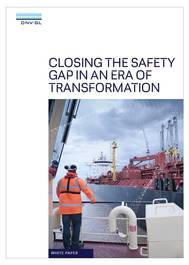 A new approach to safety is necessary along the maritime industry's rapid transition to a decarbonized, digitally smart future, says classification society DNV GL in a new white paper released Tuesday.The white paper, “Closing the safety gap in an era of transformation”, identifies a looming “safety gap” between shipping’s existing approach to safety risks and its ambitions for greater digitalization and the adoption of alternative fuels. According to DNV GL, the new technologies…

German shipping company Hapag-Lloyd has joined the shift to green financing, securing funds for six liquefied natural gas (LNG) powered, 23,500 TEU containerships it ordered in December 2020.The firm said it concluded two transactions according to the Green Loan Principles of the Loan Market Association (LMA), as verified by independent secondary party DNV GL, as the shipping industry increasingly turns toward financing linked to measurable sustainability targets."Our first green financings are a major milestone for us…

Nor-Shipping has postponed its planned exhibition and activity program for June 2021, pushing the event back to January 10-13, 2022, organizers announced. The maritime trade fair is the latest in a string of international shipping events to be postponed or canceled due to the COVID-19 pandemic.Nor-Shipping 2019 was the most successful event week in the initiative’s over 50 year history. It saw more than 50,000 participants (a 34% increase over 2017), gathering from over 85 nations, at the main exhibition halls in Lillestrøm and across venues throughout nearby Oslo.

The European Commission will co-finance the construction of the first vessel to be fully dedicated to liquefied natural gas (LNG) bunkering at the Port of Algeciras, Spain.The grant agreement was signed with Enagás and the Port Authority of Algeciras Bay on Tuesday.Enagás said the project is "boosted" by the Enagás start-up that specializes in small-scale LNG supply infrastructure, Scale Gas, and the Port Authority of Algeciras Bay (APBA).The initiative, coordinated by Enagás…

The new X10 Titan range from Atlas Incinerators is designed to save shipowners and shipyards money while shrinking their environmental footprint.For decades it has been customary to use steam, electricity or thermal oil to heat sludge oil prior to its incineration. ATLAS Incinerators’ new X10 TITAN range, has been designed to incinerate sludge oil and simultaneously burn solid waste while consuming an absolute minimum of energy onboard ship.While there is a significant improvement in the X10 Titan’s combustion specifications…

DNV GL has awarded an Approval in Principle (AIP) to Daehan Shipbuilding (DHSC) for a new design of small-size LPG carriers in the range of 5,000-7,000 DWT. The AIP handover ceremony took place recently at the DHSC headquarters in Mokpo. Dae-Seong Jeong, DHSC President & CEO, and Vidar Dolonen, Regional Manager Korea & Japan at DNV GL - Maritime, attended the presentation. Prior to the AIP, DHSC and DNV GL had teamed up in a joint development project (JDP) on small-size LPG carriers using LPG as dual fuel.

Sperry Marine and DNV GL signed a strategic agreement to enable vessels to securely share their navigation data for use in DNV GL's digital classification services and obtain real-time class status of the navigation systems.The agreement seeks to improve process efficiency for class surveys covering the core elements of vessel navigation, through co-operation on new digital solutions. It will help to streamline the class survey inspection process by giving DNV GL access to data from the ship’s bridge… 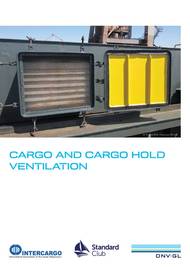 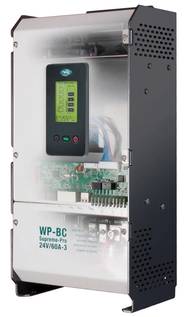 WhisperPower is ready to start shipping its new range of Supreme Pro Battery Chargers. Available in four models – 40, 60, 80 and 100 amps – the chargers/power supplies have been built to exceed the most stringent requirements of the global shipping industry.The Supreme Pro range is touted by the manufacture as the smallest 24V battery charger of its type in the world, able to run silently and keep itself cool in hot areas such as engine rooms that may otherwise compromise performance.Each… 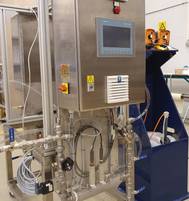 Bernhard Schulte Shipmanagement (BSM) said Wednesday it has received DNV GL class approval to offer the Liquified Cargo Operations (LICOS) training course remotely via its Maritime Training Centre (MTC) in Cyprus. The maritime solutions provider is now one of the few organizations within the industry with this capability that meet the standards of the Society of International Gas Tanker & Terminal Operators (SIGTTO).With current restrictions on travel, BSM guarantees steady training delivery to its internal gas fleet as well as to external customers during the COVID-19 pandemic.

Citing a spike in second-wave COVID-19 infection numbers SMM, where the world meets in Hamburg every two years for the latest updates on shipbuilding and ship machinery technology, has opted to take the event planned for February 2021 digital.SMM 2020 was originally scheduled to be held live in September 2020, initially postponed to early 2021 as a hybrid live and digital event. But in the face of a rampant second wave of COVID-19 infections and the decision by several governments…

The maritime industry is undergoing a massive shift as vessels transform into sophisticated sensor hubs, generating data and connecting through satellites in an expanding interconnected web. To enable the uptake of these systems and unlock the associated efficiencies, DNV GL is launching a new chapter to its rules for ship classification: Digital Features. The new chapter was launched with three new notations (D-INF, DDV, REW) on October 28 and will enter into force on January 1, 2021.

Former Telenor CEO Jon Fredrik Baksaas has been appointed as DNV GL’s new chair of the board, the Norwegian-headquartered classification society announced.Best known for his 13-year tenure as president and CEO of the telecoms firm, Baksaas started his career with DNV (as it was then known) and spent six years at the company before leaving in 1985. He has also served as member of the DNV Council for 12 years.“DNV GL is a company that is well positioned to take a role as a trusted voice to tackle the global transformations the world is facing.

KONGSBERG’s ship-to-cloud data infrastructure service Vessel Insight has been qualified by technical advisor to the maritime industry DNV GL. Safety and cyber security were the critical parameters in the recently completed Technical Qualification.The subscription-based service is designed to help operators to begin standardizing their data collection and contextualization, leveraging KONGSBERG’s long history as a system integrator and provider of automation and information management  systems.

West of England P&I Club said that Captain Simon Hodgkinson has been appointed as Global Head of the West’s Loss Prevention Department. He joins from Polarcus, where he was Head of Marine Operations and responsible for the performance of a fleet of ultra-modern seismic vessels. In addition to his work at Polarcus, Hodgkinson served on the DNV GL Technical Committee Middle East for six years and is a member of the Honorable Company of Master Mariners and the Nautical Institute.Hodgkinson will have global responsibility for leading the West’s Loss Prevention team of former Master Mariners…