Ship Runs Aground in Columbia River

A 623-foot Panamanian-flagged bulk carrier Sparna ran aground early Monday morning in the main shipping channel of the Columbia River near Cathlamet, Washington,  according to the U.S. Coast Guard. The Sparna has taken on water in void spaces, but authorities believe the vessel's fuel tanks were not damaged in the incident. Coast Guard officials said the 623-foot bulk carrier Sparna ran aground around 12:16 a.m. in the narrow section of the river. Officials said the Sparna was fully loaded with grain…

Six boats and 10 housing sheds were destroyed by a fierce fire early Sunday morning at the Port Orchard Yacht Club. South Kitsap Fire officials say the fire broke out around 3 a.m. at the yacht club on Bay Street. "We were asleep and our friends called us up and said do you realize there is a fire on b dock," said Barbara Letson, who has a house boat. Crews from the U.S. Coast Guard, Washington Department of Ecology and South Kitsap Fire & Rescue are mopping up any pollution resulting from an early morning fire at Port Orchard Yacht Club. Luckily no one was hurt in the fire, officials said.

Columbia's state environmental agency said that roughly 80 gallons of oil was spilled into the Columbia River by a vessel near Kalama. The Nord Auckland, a 618-foot ship flagged in Singapore, reportedly spilled the waste oil during an internal oil transfer on Thursday morning. The ship, owned and operated by Denmark’s Norden, was at anchor when an apparent operator error led to the spill of substances which were intended to be incinerated. The multi-team response was coordinated by the Washington Department of Ecology and the US Coast Guard (USCG).

101 Crowley Vessels Honored with Environmental Awards in Recognition of 984 Combined Years of Safe Operations. More than 100 Crowley Maritime Corporation-owned and -operated vessels were honored with Certificates of Environmental Achievement for years of safe operations during the recent 12th-annual Chamber of Shipping of America (CSA) awards ceremony, held at the Ronald Reagan Building and International Trade Center in Washington D.C. Each of Crowley’s honored vessels received the certificates for having worked at least two consecutive years without an environmental incident. 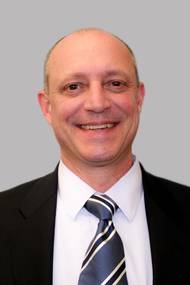 The Liberian Registry has appointed Dodge Kenyon as Vice President of its Investigations Division. Dodge joins the Liberian Registry from Holland America Group, where he was Manager of Technical Operations, Auditing and Compliance and Chairman of the Fleet Health, Environmental, Safety and Security Committee. His previous experience includes 12 years as a vessel inspector and investigator with the State of Washington Department of Ecology Spills Prevention Program and over two years as a marine surveyor for American Bureau of Shipping in Los Angeles.

The U.S. Coast Guard and Washington Department of Ecology will host a spill preparedness conference May 20-21 at the Jackson Federal Building in Seattle. The two-day seminar is an opportunity to discuss the latest in spill-recovery theory and technology. The sessions focus on topics including remote oil sensing technology, sinking oils, software tools and best practices. "In the response business, there is no room for complacency,” said Capt. Robert Pearce, chief of response, Coast Guard 13th District. “Knowing about the latest game-changing technology is important.

Crowley Maritime Corp. has been honored with the 2015 Federal Maritime Commission (FMC) Chairman’s Earth Day Award in recognition of the organization’s companywide environmental stewardship initiatives. The announcement was made during a Professional Environmental Management Association luncheon held in Seal Beach, Calif., earlier this week. FMC Chairman Mario Cordero will present a plaque commemorating the award to Crowley during a future recognition ceremony in Washington D.C.

The Coast Guard and Washington State Department of Ecology are responding to a report a of 65-foot pleasure craft aground near Pleasant Harbor in Brinnon, Washington, Sunday morning. There is reportedly up to 500 gallons of diesel fuel aboard the vessel and an unrecoverable sheen was reported to be visible on the water. Responders are working with the owner to deploy containment boom around the vessel and develop plans to remove the fuel aboard. Jefferson County dispatch notified…

The U.S. Coast Guard and Washington State Department of Ecology continue to oversee the cleanup and investigate the cause of an oil spill that appeared earlier this week in the Ballard Mill Marina, on Salmon Bay, along the Lake Washington Ship Canal. The Coast Guard and Ecology received reports Monday morning of oil, accompanied by strong petroleum odors in the waters. No one has come forward to take responsibility for the spill, and the Coast Guard has utilized the federal Oil Spill Liability Trust Fund to hire Global Diving and Salvage to conduct the cleanup. 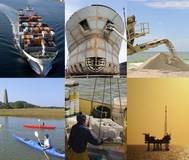 In 2011, the U.S. ocean and Great Lakes economy produced $282 billion in goods and services and employed 2.2 percent of the nation’s workers—that’s more than twice the percentage of workers in the U.S. agriculture industry. This fact and many others are featured in a 2011 data summary from Economics: National Ocean Watch (ENOW), a product of the National Oceanic and Atmospheric Administration (NOAA) Coastal Services Center. County-level facts, charts and maps highlighting the 2011 data findings are found on the “Ocean Jobs” and “Wetland Benefits” tabs of the Coastal County Snapshots tool.

Swept away during the Japan tsunami of March 11, 2011, the steel, concrete, & foam dock beached at Olympic National Park, Wash. is to be removed at last. On December 18, 2012, the dock beached along the boundaries of Olympic National Park and NOAA’s Olympic Coast National Marine Sanctuary in Washington state. NOAA has contracted a local salvage company in Washington to complete the removal efforts by early April. The contracted company will work with the Sanctuary, Park Service, and local partners in Washington to remove the dock by helicopter after dismantling it on site.

Global Diving & Salvage, Inc. successfully rigged and refloated the sunken 140-foot fishing vessel. The abandoned and derelict fishing vessel Deep Sea, while at anchor in Penn Cove, WA, caught fire and sank in 60 feet of water. The U.S. Coast Guard and Washington State Department of Ecology (DOE) responded and deployed boom to contain the leaking fuel oil in an effort to protect the world renowned mussel and clam fishery in the cove. Global Diving & Salvage, Inc. was contracted by the DOE to raise the 140-foot wreck and mitigate the pollution hazard from the cove.

Container Ship Aground in Columbia River

The Coast Guard responded to a 648-foot container ship aground in the Columbia River near Kalama, Wash., May 23. Sector Portland, Ore., received a call at 1:30 p.m. stating the Pacific Flores had run aground on its port bow due to a steering casualty. Station Portland, Ore., diverted a 25-ft response boat to the scene. Two tug boats are on scene and have refloated the vessel. The ship holds 600 tons of fuel, however all forward tanks have been sounded and show no sign of leaking.

Crowley Recognized for its EcoStewardship

Crowley Maritime Corporation was recently recognized for its environmental stewardship by the Port of the Seattle and Seattle Propeller Club, which teamed to present the company with its runner up award for Marine Environmental Business of the Year. The awards ceremony took place at the 59th Annual Maritime Festival Luncheon aboard the cruise ship Carnival Spirit in Seattle. The event, attended by more than 500 people from the regional maritime industry, marked the culmination of Seattle's annual Maritime Festival.

The Coast Guard responded to the capsizing of a barge approximately eight miles from the Columbia River bar near Astoria, Ore. The crew of the 100-ft Canadian tug General Jackson contacted the Coast Guard to report their 295-ft barge had capsized at about 7:30 a.m, April 13. A Coast Guard MH-60 helicopter crew from Group/Air Station Astoria and a 47-ft motor lifeboat crew from Station Cape Disappointment in Ilwaco, Wash., were sent to the scene. The barge was loaded with scrap metal and contains approximately 500 gallons of diesel fuel.

The owner of a tug that released oily bilge water into the Columbia River last year is being penalized $21,000 by the Washington Department of Ecology. Sound Freight Lines’ tug Black Hawk discharged an estimated 150 gallons of lubricating and diesel oils while transiting near Willow Grove on the Columbia River during the morning hours of Jan. 29, 2009. The sheen went unreported until mid-day when observers on the river called the U.S. Coast Guard and Ecology. By then, it was too late for responders to do more than collect samples for further investigation.

Awards for Crowley at Workboat Show

During the recent Workboat Show, Crowley was recognized for its environmental initiatives, receiving second place for the Environmental Management Plan Award. The company was also awarded a Significant Boat of 2009 Award for the Nachik/Sesok. The environmental award was developed to recognize businesses and government agencies operating in the U.S. maritime industry that have successfully incorporated environmentally sustainable practices into their operations. The awards committee was comprised of industry, environmental, regulatory and media representatives.