NYK welcomed 35 students and their professor from the Netherlands’ Delft University of Technology (TU Delft) on July 30 to examine the group’s initiatives for “Digitalization and Green,” the theme of the company’s medium-term management plan.Prof. Mirek Kaminski of TU Delft is a leading European researcher on sloshing* and has cooperated with risk assessments conducted by MTI, an NYK Group company, into sloshing on LNG carriers.The students received lectures from NYK about its digitalization and green initiatives…

Rob Grool has taken over the leadership of ZEABORN Ship Management from Holger Strack, who has been acting as the company’s interim CEO since the beginning of the year.“With the appointment of Rob Grool, we are very excited to have found an internationally renowned executive for our company’s top management. Rob has an excellent industry network, possesses extensive know-how in all areas of ship management and operations, as well as international expertise and many years of leadership experience. He is renowned for managing clients’ vessels with an owner’s view.

The circular plastics hub in the Port of Amsterdam is expanding through the construction of a new plastics recycling plant. Plastic Recycling Amsterdam (PRA), a collaboration between Umincorp and Milieu Service Nederland, commenced construction of a plant this week.The Dutch port said that this plant, which can be expanded on a modular basis, will initially process 17,000 tonnes of plastics annually and prepare them to be reused.In the plant, the collected plastics are first washed, shredded and then routed through a magnetic bath.

Dagmar Nelissen, Senior researcher and consultant at CE Delft, will present the preliminary findings of the EU DG Clima study ‘Analysis of market potentials and market barriers for wind propulsion technologies for ships’, at next week’s Natural Propulsion Seminar. The study’s general objective is to aid the European Commission in exploring how further support can be provided to ensure that wind propulsion technologies are deployed in the shipping sector. “The CO2 abatement measures…

Good connections between seaports and the hinterland are vital for optimizing the logistic chain. The Port of Rotterdam Authority and the Bayernhafen Gruppe are therefore working together in the ‘Bayrolo’ research program. The aim of this cross-border project is to further improve intermodal container transport between Bavaria and the port of Rotterdam. By taking containers off the road and shipping them by barge and rail, cargo flows will be able to continue growing and the port of Rotterdam will be able to offer the German inland ports an alternative seaport.

The International Association of Dredging Companies presented its Best Paper Award for a Young Author for the 28th time at the CEDA Dredging Days 12-13 December 2012 in Abu Dhabi, to Mr. Arnaud Verschelde for his paper ‘Erosion Behaviour of a Draghead’. Mr. Arnaud Verschelde graduated from the Delft University of Technology ‘Faculty of 3mE’ (Mechanical, Maritime and Materials Engineering). He is presently a Project Engineer Automation at DEME (Dredging, Environmental and Marine Engineering). The erosion behaviour of a draghead designed in-house at DEME was investigated.

Mr Maarten Jongen has officially been appointed Managing Director of Damen Shipyards Singapore (DSSi) from March 2012. In his new role Mr Jongen will focus on marketing, services and further improving efficiency at the yard that has been building (aluminium) Damen vessels since 2000. DSSi has been part of the Damen Shipyards Group since 2000. Mr Jongen originally joined Damen in 2002 straight from Delft University of Technology (The Netherlands) where he studied Naval Architecture and Marine Technology. 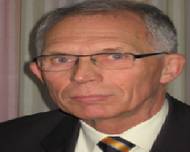 The first module in the Marine Propulsion Course will start on 22 and 23 September. This seventh edition of the training series will be the last one in which Professor Hans Klein Woud, who played a leading role in the establishment of the successful course, will act as instructor for modules 1 and 5. “The Marine Propulsion Course still meets a significant demand,” says Klein Woud. “The purpose of the series is to provide higher educated technical employees with further insight…

Imtech Onboard the Rainbow Warrior III