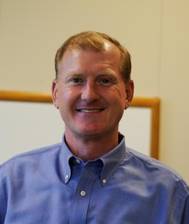 SAFE Boats International has appointed Hartwell Champagne as its new Senior Vice President of Operations. Champagne joined SAFE Boats in 2013 and has been a key member of the company’s executive team. Prior to his new assignment, Champagne was the General Manager of the company’s Large Craft Production facility in Tacoma, Wash. where the U.S. Navy’s Mk VI Patrol Boats are manufactured. Hartwell has been part of the defense and government contracting industries almost the entirety of his career.

India to be Russia's global hub for Submarine Upgrade

A report in the Economic Times say that Russia wants to make India a global hub for the upgrade, maintenance and repair of conventional submarines and its leading shipyard is in final talks to select an Indian joint venture partner for a mega project to set up facilities. India and Russia have already decided to accelerate bilateral civil nuclear energy cooperation as Prime Minister Narendra Modi and Russian President Vladimir Putin vowed to take their strategic bilateral ties forward.

Japan to Help Philippines in Maritime

Japanese Prime Minister Shinzo Abe and Philippine President Benigno Aquino agreed on Thursday to start negotiations on an accord for the transfer of defense equipment and technology, as the two nations bolster security ties amid heightened concerns over Beijing’s increasing assertiveness at sea, reports Reuters. The two leaders also shared “serious concern on unilateral actions to change the status quo in the South China Sea,” according to a joint declaration they issued after their summit talks, with China’s recent rapid and massive reclamation work in mind.

Japanese Prime Minister Shinzo Abe and his Malaysian counterpart Najib Razak pledged to advance defense and maritime cooperation. It is the first time that Japan has agreed to start negotiations for cooperation on the transfer of defense equipment and technology with a member of the 10-nation ASEAN according to Japanese officials. Abe and Najib vowed to boost coordination in maritime security, with Abe backing Malaysia’s efforts in ensuring safety and security in the Strait of Malacca and the South China Sea… 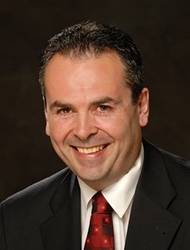 Northrop Grumman Corporation will appoint Andrew Tyler chief executive for the United Kingdom and Europe, effective July 1, 2013. In this new position, Tyler will play a leading role in supporting the company's current programmers, developing strategies for growth and identifying new business opportunities for the company's activities in the U.K. and Europe, including NATO countries. He joins Northrop Grumman from Siemens' Marine Current Turbines where he was chief executive officer. Prior to that he was chief operating officer at Defense Equipment & Support (DE&S) in the U.K.

Unifire AB of Sweden (PirateSafe.com) has released an exclusive new video of their Force 80™ Anti-Pirate Water Cannon System on their YouTube channel. The video shows Unifire's "Force 80" remote control water cannons (a.k.a. "monitors") in action on a large chemical tanker. These impressive water cannons are high-tech and made of acid-proof, marine grade Stainless Steel 316L. Unifire’s Anti-Pirate Water Cannon Systems are extremely powerful, yet non-lethal, devices for getting tough with pirates and hijackers.

GE Marine reports that the Indian Navy commissioned the INS Shivalik stealth frigate on April 29, 2010, at the Indian Navy’s shipyard in Mumbai. This first-in-class frigate, built by Mazagon Dock Ltd. (MDL), is powered by two GE LM2500 aeroderivative marine gas turbines with two diesels in a combined diesel or gas turbine (CODOG) configuration. This project marks the first LM2500-powered ship to enter service with the Indian Navy. The 4,600-ton INS Shivalik measures 469 ft in length with a beam of 55.7 ft.