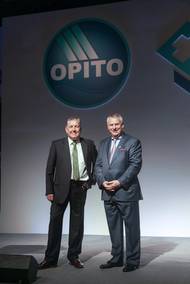 Employers and training providers working to achieve the highest safety standards in the oil and gas industry are being invited to submit their nominations for the sixth annual OPITO Safety and Competency Awards 2015. The accolades will be presented at the OPITO Safety and Competency Conference (OSCC) held at the Dusit Thani Hotel, Abu Dhabi, November 3, 2015. These awards recognize companies that are committed to building a safe and competent workforce through OPITO standards.

Region is Home to World’s first OPITO-Approved Oil & Gas Technical Qualification Centre. Oil and gas workers and those seeking to enter the industry in Malaysia now have access to globally recognized qualifications and training thanks to a ground-breaking agreement between OPITO and PETRONAS. The Malaysian national oil company and the international oil and gas skills body signed a strategic skills memorandum of understanding in 2012 to help build a safe and competent, indigenous oil and gas workforce and establish INSTEP as a globally recognised centre of technical excellence.

Offshore workers will for the first time be able to access their training records at the touch of a button wherever they are in the world thanks to a new mobile application which launched November 19. Oil and gas skills organization OPITO has developed the free TRAIN-R mobile app so workers in any international location are better able to plan and track their OPITO training via an iPhone or iPad to ensure their safety and competency certification is always up to date. The global…

Staying The Same is Not Good Enough - OPITO 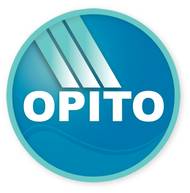 OPITO, the skills for oil and gas body, appointed a new managing director to lead the U.K. arm of the organization as the industry gears up for a major change in how it addresses its skills needs. John McDonald has taken over the reins at OPITO from Larraine Boorman who stood down in August. He brings a wealth of experience and an impressive track record in the skills, training and workforce development sector to the Aberdeen-headquartered organization. Former director of the Scottish Qualifications Authority (SQA), Mr.