The international owner of containerships Danaos Corporation  has partnered with iMarine Software, fully integrating the maritime e-procurement solution 'SeaProc eProcurement' platform into their system.Danaos Web Enterprise Suite is a web-enabled maritime software suite that automates all the daily functions of any shipping company, said a press release from the developers of marine information systems.Combining comprehensive maritime domain knowledge with advanced technology expertise…

Verifavia Shipping claimed success in the independent certification of IT systems and solutions designed to support compliance with the International Maritime Organisation’s (IMO) Data Collection System (DCS) regulation and European Union (EU) Monitoring Reporting and Verification (MRV).With both regulations now in force, increasing numbers of IT systems are available to assist ship owners and operators in collating and reporting emissions data, all of which need to strictly adhere…

Danaos Corporation, a leading international owner of containerships, has reached an agreement with certain of its lenders currently holding approximately $2.2 billion of debt maturing on December 31, 2018, that will significantly strengthen the Company's capital structure and result in a debt reduction of approximately $551 million. Pursuant to a comprehensive debt re-financing agreement (RA) with certain of its lenders, as well as Danaos Investment Limited as Trustee of the 883 Trust (DIL), its largest stockholder, and its manager, Danaos Shipping Co.

Speedcast International Limited, the provider of remote communication and IT solutions, and Danaos Peripherals announced a strategic alliance agreement under which the two companies will combine maritime communications with advanced application management developed by Danaos. Within 2017, the two companies will jointly release a remote and autonomous IT system on board a vessel, leveraging key technologies such as big data analytics, internet of things (IoT) and cyber security.

Danaos Corporation reports its results for the third quarter of 2016 in the aftermath of the bankruptcy of Hanjin Shipping, one of Danaos' large customers. Danaos' CEO Dr. John Coustas says: "As a result of the bankruptcy, we did not recognize any operating revenues for the vessels that had been chartered to Hanjin during the quarter. As a result of the Hanjin bankruptcy we also recorded a write-off of $15.8 million, representing the outstanding charter hire owed to us by Hanjin as of June 30, 2016.

According to a latest report in Korea Times, South Korea's biggest container carrier Hanjin Shipping's efforts to settle the rescheduling deadlines for financing ships and reducing charter fees before the end of July has not yet be resolved. This situation is raising concerns over the possibility that the nation's top shipping line may go into court receivership. Or, Hanjin may get a month's extension from creditor banks of an August 4 deadline of a voluntary restructuring agreement…

Maersk Fights to Stay on top as Containership Downturn Deepens

Denmark's Maersk Line is fighting to remain the world's no.1 container shipping carrier as a wave of mergers and acquisitions, particularly in Asia, creates new challengers trying to grab a bigger share of a depressed market. Maersk itself hasn't made a major acquisition for more than a decade but says it might be open to "the right opportunity", although doubters believe such deals risk accumulating ships without securing enough customers. A unit of oil and shipping group A.P. Moller-Maersk , the line has a 15 percent share of the overall container market.

Greece's cash-strapped government is proposing to end increase taxes m the country's key shipping sector in order to boost revenues, but some shipping owners are threatening to move their ships abroad as a result, says a report in BBC. The Greek shipping fleet has since become the biggest in the world, with almost 4,000 ships representing 19% of global shipping capacity. It contributes more than 7% towards the struggling economy, but the country's creditors say it can do more.

The second Annual Danish Maritime Forum, scheduled for October 7-8, 2015, in Copenhagen, brings together a wealth of global maritime leaders to address present and long-term challenges for industry. Discussions at this year’s Danish Maritime Forum are influenced by volatility in global markets and uncertainties about future growth and will focus on how the maritime industry can address these challenges in both the short and long term. Other topical issues will include the New Chinese Silk Road, the global energy outlook and the future of ocean governance.

Though international analysts like Morgan Stanley said that the Greek crisis will not have a direct impact on shipping companies, Greek shipping companies listed on U.S. stock exchanges sank on Monday. Greeks have said No to austerity terms imposed by international creditors, which could have led to the releasing a package of fresh financial aid which could help in the long battle to keep Greece afloat. The vast majority of ship-owners and other members of the maritime community… 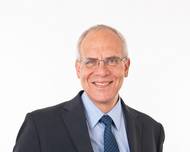 As part of the European Union’s drive to streamline and standardize the reporting formalities for ships arriving in and/or departing from ports of the Member States, it has introduced wide-ranging legislation. EU Directive 2010/65/EU, commonly known as the Reporting Formalities Directive, mandating that Member States must adopt a “Single Window” system as soon as possible and, at the latest, by June 1, 2015. A “Single Window" is a system that allows parties involved in trade and transport to submit once…

Inventory Locator Service sign MOU with Danaos Management Consultants to develop cloud-based procurement & management services. Together the companies will develop a platform called MarineHubsm, a network of companies in the marine industry that will facilitate planned maintenance and procurement of spares for ship owners, managers and suppliers worldwide using cloud technology. George Zdravecky, ILS vice president of Supply Chain Solutions, recently spoke about the benefits of creating such a network at the International Marine Purchasing Association (IMPA) conference in London.

Danaos Corporation (NYSE: DAC), took delivery of a new containership, the CMA CGM SAMSON, expanding its operational fleet to a total of 59 containerships aggregating 291,149 TEU. The CMA CGM SAMSON, built at Shanghai Jiangnan Changxing Heavy Industry has a carrying capacity of 8,530 TEU, is 335 meters long, 42.8 meters wide and has a speed of 25.80 knots. The CMA CGM SAMSON has commenced its 12-year time charter at a fixed charter rate immediately upon delivery.

Danaos Corporation (NYSE: DAC) on August 22, 2011 took delivery of a new containership, the CMA CGM TANCREDI, expanding its operational fleet to a total of 57 containerships aggregating 274,089 TEU. The CMA CGM TANCREDI, built at Shanghai Jiangnan Changxing Heavy Industry has a carrying capacity of 8,530 TEU, is 335 meters long, 42.8 meters wide and has a speed of 25.80 knots. The CMA CGM TANCREDI has commenced its 12-year time charter at a fixed charter rate immediately upon delivery. The annualized EBITDA run-rate contribution of the vessel is expected to be approximately $12.7 mil.

Danaos Corporation (NYSE: DAC), an owner of containerships, announced that the Board of Directors of the Company has appointed Evangelos Chatzis to the position of Chief Financial Officer, effective July 22, 2011. Chatzis has more than 16 years of experience in corporate finance and the shipping industry and has been with Danaos since early 2005 where he has served as Treasurer and Deputy Chief Financial Officer. During his years with Danaos he has been actively engaged in the company's financial management…

Danaos Corporation (NYSE: DAC), on May 17, 2010 and May 19, 2010, took delivery of two newly built containerships, the CMA CGM Nerval and the YM Mandate, expanding its operational fleet to a total of 44 containerships aggregating 190,229 TEU. The CMA CGM Nerval, built at Sungdong Shipbuilding & Marine Engineering and the YM Mandate, built at Hanjin Heavy Industries & Construction Co. have both a carrying capacity of 6,500 TEU, are 984 ft long, 131 ft wide and have a speed of 25,60 knots.