The CSL Group and Oldendorff Carriers have joined Trident Alliance, the industry coalition that is calling for the robust and transparent enforcement of environmental regulations, such as IMO 2020.The network of shipping companies and other stakeholders said that as members of The Trident Alliance, the CSL Group and Oldendorff Carriers have committed to compliance with the new IMO 2020 regulations.“Safety and environmental stewardship are fundamental corporate objectives and core values at CSL…

Wärtsilä said it has developed a lock entry assist system that will facilitate a vessel’s approach and entrance into waterway locks. The development work has been carried out in cooperation with the Canada-based CSL Group. The initial deployment of the technology will be on board the ‘CSL St Laurent’, a 22,600 gross tonnage Trillium class bulk carrier owned by CSL. The ship operates on the waterways of the St Lawrence Seaway and Great Lakes.The Wärtsilä system comes in response to the increasing size of vessels operating on these waters.

Canada Steamship Lines welcomed M.V. Ferbec, a 49,502 DWT conventional geared bulk carrier equipped with four cranes and grabs, which is now fully operational in the Gulf of Saint Lawrence. The vessel, which previously operated in CSL’s Australian fleet as CSL Melbourne, is the largest vessel of its type in the Canadian domestic shipping market. Upon arrival in Québec City on May 13, 2017, the vessel underwent modifications to adapt to its new operating environment. Ferbec is now operating under Canadian flag in the Havre St-Pierre to Sorel corridor for long time-customer Rio Tinto.

CSL Group head Rod Jones will retire effective March 31, 2017, after a career with the Canadian dry bulk shipper that spans over 30 years, including nine years as president and chief executive officer. Louis Martel, currently CSL International president and CSL Group executive vice-president, will assume the role of chief executive officer effective April 1, 2017. During his three decades at CSL, Jones helped to transform what was a Great Lakes focused shipping business into the world’s largest owner and operator of self-unloading ships…

Leaders in the shipping community will gather from across the country to discuss the emerging challenges facing the shipping industry. Speakers will include Joseph Hughes, Chairman & CEO, The American Club, Emilian Papadopoulos, Chief of Staff, Good Harbor Security Risk Management, Nathalie Sykora, Vice President Global Technical Services at The CSL Group, to name a few. For full details visit www.wista2015agm.com or contact conference coordinators at wista2015agm@gmail.com with any questions.

The CSL Group, a global company in marine dry bulk cargo shipping and handling, today released its new Corporate Sustainability Report, featuring highlights of its 2013 sustainability performance and progress. The inaugural report available on the company’s website broadens the scope of CSL’s Environmental Report published since 2008 and includes other priority areas including safety, ethics, employee and community engagement, the workplace, philanthropy and value for customers. 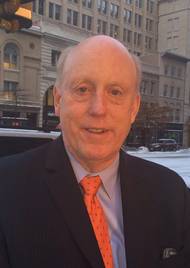 A new well-intentioned maritime fuel regulation from the Environmental Protection Agency (EPA) is poised to crowd roads and increase onshore air pollution, maintain shipping industry leaders Rod Jones and Bill Terry, President and CEO of the CSL Group and of Eagle Rock Aggregates, respectively. They explain that the rule requires the use of high-cost, ultra-low sulfur fuels in ships operating within the 200 nautical mile (nm) boundary of the North American Emission Control Area (ECA).