A stalled global economic recovery from the coronavirus pandemic is leading to a fresh build-up of global oil supplies, pushing traders including Trafigura to book tankers to store millions of barrels of crude oil and refined fuels at sea again.The use of so-called floating storage onboard tankers comes as traditional onshore storage remains close to capacity as supplies outpace demand.Trading house Trafigura has chartered at least five of the largest tankers each capable of storing 2 million barrels of oil…

Supertanker freight rates are on the rise for a second time this month as producers, refiners and traders scramble to secure ships to transport crude or store a fast-growing global glut of oil, industry sources said.Freight rates for very large crude-oil carriers (VLCC) along the Middle East Gulf to China route were assessed at about $180,000 a day on Monday, up from some $125,000 on Friday and a weekly low of about $90,000 a day on Wednesday, according to several ship broking sources.Its difficult to say whether or not the rates will be sustained…

The coronavirus pandemic is impacting global shipping demand for 2020 negatively. The speed of the virus spread makes it difficult to assess the full consequences. Nevertheless, we see a need to update our 2020 forecast to make some of this massive uncertainty tangible.What is going on in addition to the coronavirus pandemic?Geopolitical tensions that made the OPEC+ alliance break down, has subsequently made the crude oil tanker spot freight market erupt. The events that followed the breakdown - and those that are likely to follow…

Global transportation and logistics company Bahri said it participated in the General Directorate of Border Guards’ celebrations of the 87th National Day and the World Maritime Day. The celebrations included a range of events and special programs for this patriotic occasion, which coincides with the Kingdom’s nomination for membership of the International Maritime Organization’s (IMO) Executive Council. During the program that was organized for the IMO Secretary General, Bahri Acting CEO, Ali Al-Harbi received IMO Secretary-General, H.E. Adm.

South Korean shipyard Sungdong Shipbuilding & Marine Engineering Co. (Sungdong) has won an order from Greece’s Tsakos Energy Navigation (TEN) for two 74,000 deadweight tonnage (DWT) crude-oil carriers with an option for two more. TEN has already ordered three tankers from Sungdong. The total value of the contract for the four LR1 tankers could reach up to USD 170 million. Delivery of the firm ship is due in the first half of 2018. Tsakos’s commitment is a massive boost for Sungdong after a tough period of instability and restructuring where the yard skirted with closure.

Tanker Shipping: Signs of Weakness are Appearing, But Still Money to be Made

Some time ago, BIMCO expected the first signs of a solid recovery in the oil tanker industry to appear in the product tanker market. However, like other soon-to-arrive recoveries, the waiting time tends to increase as we approach the expected tipping point. This time around, global refinery throughput started the year strongly but entered a still running soft patch in May, high volumes but shorter hauls out of the U.S. Gulf, and the steady inflow of new ships were part of the cocktail that prevented freight rates from taking off big time.

Aker Philadelphia Shipyard delivers its first Veteran-class MT-46 product tanker to Crowley Maritime Corp. This is the thirteenth product tanker that the shipyard has completed and the seventeenth vessel overall. The product tankers are 600 feet long and have a cargo capacity of 46,000 dwt. The ship is named the Pennsylvania and is the first vessel that AKPS has delivered to Crowley. As stated in AKPS’s release on 21 August, 2012, Crowley will also take delivery of the next product tanker, Hull 018, when it is completed in February 2013.

Wärtsilä to supply main engines for a series of 9 large vessels being built by Daewoo for Kuwait Oil Tanker Co. Four VLCCs (Very Large Crude Oil Carriers), one Aframax tanker and four medium-range tankers are being built at the Daewoo Shipbuilding & Marine Engineering (DSME) shipyard in South Korea. The VLCCs will be fitted with 7-cylinder Wärtsilä RT-flex 82T engines and a Waste Heat Recovery System, which utilizes exhaust gas energy  to generate steam which is used to operate a turbo generator that produces ship's electricity supply. 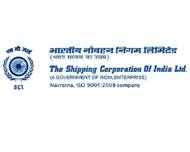 Tankerska Plovidba has eight new buildings on order with deliveries in 2010 and 2011. Recently, two separate agreements have been made with SpecTec Limited, for the supply of AMOS software and databases for two new buildings in Jiangsu Eastern Shipyard PRC and two new buildings in SPP Shipyard Korea. Two leading vessels will be delivered in January 2010. Planned Maintenance and Purchasing across the fleet of Tankerska Plovidba has been powered by AMOS software since June 1997.