Crowley Maritime Corporation recently received a Humanitarian Award from Seamen’s Church Institute (SCI) for its relief efforts in Puerto Rico following Hurricane Maria.The award, which was accepted on the behalf of the company’s Puerto Rico employees by Tom Crowley, chairman and CEO, and Jose Nazario, director of finance in San Juan, was presented during the 41st annual Silver Bell Awards Dinner, which is attended by over 700 members from the shipping industry and associated companies.In the aftermath of the September storm…

To better connect customers' U.S. and Central American supply chains, Crowley Liner Services will begin fixed-day, weekly sailings on Wednesday, August 9, directly between Florida and Costa Rica and Panama. The new service offers fast transits to speed cargo to market at peak times. Crowley's vessels will sail southbound from Florida on Wednesdays from the Port of Jacksonville, and Fridays from Port Everglades, and will arrive on Tuesdays in Puerto Limon, Costa Rica, and on Wednesdays in Manzanillo, Panama.

Crowley and its subsidiary Customized Brokers, in cooperation with Miami International Airport (MIA), have facilitated Florida’s first-ever ocean-to-air perishables transshipment from Guatemala to Amsterdam. The first transshipment included nearly 10 tons of snow peas from Guatemala. The refrigerated cargo arrived in Port Everglades, Fla., aboard Crowley’s cargo ship Tucana J, was trucked to MIA, then departed for Amsterdam via Centurion Cargo yesterday. Crowley, Customized Brokers and MIA were instrumental in helping to implement this new perishables shipping program with the U.S.

Crowley Liner Services said it has been certified by U.S. Customs and Border Protection (CBP) as part of the new Marine Port Terminal Operator (MPTO) designation, known as the AQUA Lane program, which essentially gives the shipper a “fast lane” for cargo operations by allowing incoming vessels to be pre-cleared by CBP. The validation comes after an a on-site inspections and vetting of Crowley’s Port Everglades terminal found the shipper to be fully compliant with program requirements and to have also implemented additional best practices, including enhanced due diligence security standards.

Kalmar has received orders for seven top loaders from Crowley Liner Services for operation in Jacksonville and Port Everglades, Florida, and eight reachstackers from Crowley Puerto Rico Services for operation in San Juan, Puerto Rico. The orders were booked in Cargotec's 2016 second quarter order intake, with delivery taking place during the first quarter of 2017. Crowley is investing heavily in new vessels, terminal upgrades, and terminal operating systems to facilitate growth.

Seafarers’ House to Celebrate International Day of the Seafarers

Most people don’t realize what an important role the world’s 1.5 million seafarers play in our global economy. Without them, the bulk transportation of important raw materials, food, medicine and manufactured goods would not be possible. June 25 marks the International Day of the Seafarer, which aims to recognize mariners for the important work they do. Seafarers’ House at Port Everglades will celebrate the day with the help of students from Broward College’s Global Supply Chain Management School…

Crowley honored with more CSA 2012 Environmental Achievement Awards than any other maritime company. Crowley Maritime Corporation was recently honored by the Chamber of Shipping of America (CSA) with 96 environmental achievement awards for safe vessel operations during 2012, more than any of the other 76 maritime companies recognized by CSA. The vessels owned and/or operated by Crowley businesses qualified for the awards by operating for at least two consecutive years without… 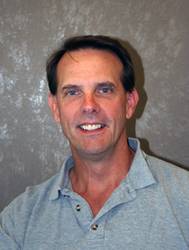 Crowley Maritime announced that Cole Cosgrove has assumed the role of vice president of marine operations for Crowley's liner services groups. Cosgrove will continue to work out of the company's Jacksonville office while reporting to John Hourihan, senior vice president and general manager, Latin America services, and John Douglass, senior vice president and general manager, Puerto Rico and Caribbean services. In his new position, Cosgrove is responsible for the marine operations of Crowley's Puerto Rico and Caribbean services fleet of four vessels serving the Bahamas…

Crowley Liner Services, Inc. (Crowley) has entered into a settlement agreement with the plaintiffs in the Puerto Rican Cabotage Antitrust Litigation. Although the company specifically denied violating the antitrust laws, it agreed to the settlement given the high cost and burden of litigation, which is expected to continue for several more years. Following the announcement in April 2008 of a government investigation of pricing practices of ocean carriers operating in the Puerto Rico trade…