In 1921, Thomas Edison told Forbes magazine, “I have not failed. I’ve just found 10,000 ways that won’t work.” He could have been talking about Olmsted. That’s because, after more than 30 years of frustratingly slow progress, cost overruns and more than a few mistakes, Olmsted is finally poised for success. That’s something to celebrate.It is official: The U.S. Army Corp of Engineers (USACE) wants Olmsted operational by October. And, not a moment too soon. After more than 30 years, the ribbon cutting to officially open the Olmsted Locks and Dam will take place on August 29.

Employers in the river sector and prospective employees will have a unique opportunity to network with each other on May 24 thanks to a partnership between RiverWorks Discovery and the Inland Marine Expo. RiverWorks Discovery will host the Who Works the Rivers career fair from 10 a.m.-2 p.m. on Wednesday, May 24, at IMX 2017, in the Dome at America’s Center in St. Louis. Who Works the Rivers educates prospective employees on skilled labor jobs available to them in the maritime industry, from nonprofit to military. 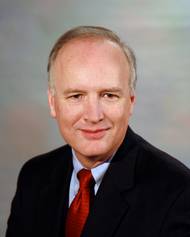 Ingram and Crounse: Towing History into the Present

If towboats and barges hurtled passed the average American on their way to work every morning, the industry would be better known. If commuters had to deal with failed locks the way they have to deal with congested freeways, political support for the river industry’s infrastructure would be easier to come by. Instead, towing vessels and their crews go about their work in relative obscurity. The general public sees towboats and barges as historic relics from Sam Clemens’ time and less so an integral part of the modern American economy.