Hutchison Ports Thailand (HPT), the largest container terminal operator in Thailand, has officially opened Terminal D at Laem Chabang Port, , the most advanced deep-sea container terminal in the country.Dr. Pailin Chuchottaworn, Deputy Minister of Transport, presided together over the official opening of Terminal D at Laem Chabang Port. Alongside the Deputy Minister of Transport, representatives from government agencies, the private sectors and other distinguished guests were…

A look at international trade and cargo security provides a short primer on how to reduce unnecessary costs. The global market is unbelievable in size and scope, and it is expanding with global demand for goods and the growing adoption of offshore-sourcing by major U.S. and EU corporations, creating increasing demand for cargo transport in unprecedented volumes. More than 16 million maritime containers are in transit throughout the world on any given day – at sea, on rail and/or over the road.

Joe Vorih has been appointed President of OMEGA Engineering, Inc., a pioneer in the design, manufacture, and distribution of process measurement and control products. Vorih's priority will be to transform OMEGA from the best-known direct provider of process sensors into a web-based global partner for complete process measurement and control solutions, including innovative wireless and IIoT-ready offerings. “Industrial customers today have access to an exponentially-increasing range of new sensing and control technologies. 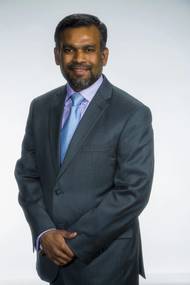 GE has announced Azeez Mohammed has been appointed President & CEO of GE Energy Connections’ Power Conversion business, effective July 11, 2016. Mohammed comes to Power Conversion from his most recent role as President and CEO, of GE’s Power Services business for Middle East and Africa. He was instrumental in leading GE’s digital transformation, helping to position the organization as the world’s foremost digital-industrial company by launching innovative customer solutions in the power and LNG sectors.

Kraken Sonar Inc. announced it has recruited two industry veterans to further develop its sensors-to-systems strategy. Joining the company is Dr. Tom Tureaud, who brings 30 years of industry experience with expertise that resulted in 12 patents, and Gina Miller, adding 10 years of unmanned underwater vehicle (UUV) system engineering and leadership to Kraken’s design team. “We view these appointments as a sign of our commitment to being a leading company in our industry,” said Karl Kenny, President and Chief Executive Officer of Kraken.

The U.S. Environmental Protection Agency (EPA) and U.S. Coast Guard (USCG) authorized formal exemptions by Royal Caribbean Cruise Lines that allow for the enlargement of the cruise line’s research program to develop and install exhaust gas scrubber systems on its cruise ships. Under the exemption, as articulated in MARPOL, Royal Caribbean will expand the program from six to 19 ships. This emission control technology will be used in waters surrounding U.S. coasts, known as Emission Control Areas (ECAs). Because emissions from oceangoing vessels can harm air quality on land, the U.S.

The new GEA Westfalia Separator CatFineMaster consists of a separator at its core with an integrated unitrolplus system and an innovative adjustable feed pump. The system is capable of separating dangerous catalyst residues (cat fines) from the fuel more effectively than ever before – at the touch of a button. Cat fines can significantly damage the engine and, under extreme circumstances, may also result in total engine failure. This makes on-board fuel processing of extreme importance.

Naiad Dynamics, an international manufacturer of ship motion control technologies, has introduced the first products in its new line of electric-powered stabilizer systems designed for use on ships operating both AtSpeed and AtRest. “These new stabilizers are a modern refinement of electric-powered stabilizers Naiad first developed for naval applications in 2008,” said John Venables, CEO of Naiad Dynamics. The initial model E-525 is available with a 7.5 or 11 kW AC servo motor drive…

The U.S. Environmental Protection Agency (EPA) and Coast Guard have reached an agreement in principle with Carnival Corporation to develop advanced emission control technology to be used in waters surrounding U.S. coasts. Under the agreement, Carnival will develop and deploy a new exhaust gas cleaning system on up to 32 ships over the next three years to be used in Emission Control Areas (ECA’s). The North American and U.S. Caribbean ECA’s create a buffer zone around U.S. and Canadian coasts where ships must reduce harmful air pollution emissions.

The International Maritime Organization (IMO) officially accepted the proposal to designate waters off the North American coasts as an Emission Control Area (ECA) – a move that will result in cleaner air for millions of Americans. Large ships that operate in ECAs must use dramatically cleaner fuel and technology, leading to major air quality and public health benefits that extend hundreds of miles inland. The ECA was proposed in March 2009 and the IMO adopted it in the fastest possible timetable.