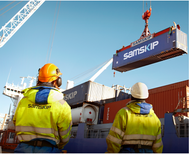 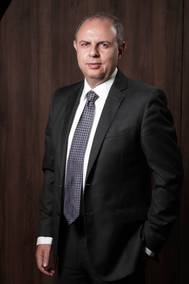 South Korean shipowners Heung-A Shipping and Sinokor Merchant Marine have confirmed that they are in talks to merge their container businesses, reports Pulse News. According to various media reports, the South Korean liner companies have decided to merge their container shipping services by the end of the year before joining forces with Hyundai Merchant Marine (HMM). HMM had already agreed to become a strategic partner to Sinokor and Heung-A by creating an HMM+K2 consortium. The two companies would sign the deal on April 3…

Following its move to acquire MERCOSUL from Maersk Line, the CMA CGM group has furthered its development strategy in South America by reshuffling its container shipping services between the East Coast of South America and Europe with North of Europe and the Mediterranean. SAFRAN will start in Rotterdam on September 27, 2017, calling at the ports of Rotterdam / London / Hamburg / Antwerp / Le Havre / Algeciras / Santos / Paranagua / Buenos Aires / Montevideo / Itapoa / Paranagua / Santos / Pecem / Tangier.

In the medium term, demand for container shipping services should continue to rise in tandem with expected ongoing growth in global trading volume, says Hapag-Lloyd. As a result, the container shipping industry’s medium-term growth prospects remain intact, says the company in its investor outlook for 2017. In its latest economic outlook (April 2017), the International Monetary Fund (IMF) expects global economic growth to reach 3.5% in the current year. This forecast means that the global economy is set to grow at a slightly faster rate in 2017 than in the previous year (+3.1%).

World No. 1 shipping company Maersk Line gained EU antitrust approval on Monday for its acquisition of Hamburg Sud (HSDG) after agreeing to pull the German company out from five consortia on trade routes to address competition concerns. The bid by Maersk, part of Denmark's A.P. Moller-Maersk , underscores the wave of mergers in an industry struggling with over-capacity and slowing global trade. Hamburg Sud will withdraw from the consortia on trade routes connecting northern Europe to central America…

All signs point to a continuation of struggling theme for containerized-ocean-freight industry  into 2016 and beyond, warns a study by AlixPartners. The containerized-ocean-freight industry suffered in 2015. Its continuing financial woes accelerated because nearly all key financial indicators declined from 2014. At the heart of the industry’s problems, a persistent global supply-and-demand imbalance is to blame. All signs point to a continuation of that theme into 2016 and beyond.

Shares of Cosco Group and China Shipping have taken a hammering on the stock markets  as two major companies lost about $900 million in total market value after the government proposed combining its two key ocean liner groups, reports Bloomberg. China’s shipping giants led the declines with drops of as much as 30 percent, the most on an intraday basis in more than 10 years. The shares had been halted from trading since August pending an announcement by their parent companies.

China Shipping Group has launched container shipping services in Moldova, becoming thus the second foreign companies to have the operation in the country's only port of Giurgiulesti. The hub is vital for Moldova as its economy suffers as a result of the Russian embargo on Moldovan goods. The decision of Chine Shipping Container Lines to expand its services to Moldova is part of the Chinese government’s initiative to revive the ancient Silk Road via its Silk Road Economic Belt and 21st Century Maritime Silk Road projects.

Dynamar has published “INTRA-MEDITERRANEAN CONTAINER TRADES”, the latest report in its Container Trades and Markets series. Salient details and interesting findings of the new report are discussed here below. Intra-Mediterranean (2014) Container Trades is all about the 170 services operated by 40 different shipping companies deploying 275 container, Ro/Ro and multipurpose ships with container capacities of 400 to 3,000 TEU that populate the intra and coastal all Mediterranean waters.