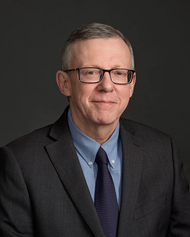 Ecochlor announced the addition of Michael "Mick" Madely to fill a newly created position of Vice President of Global Service. Madely has had a full career in the global maritime industry with over 25 years of experience in senior management positions in both Commercial and Technical roles. He has extensive experience in Asia and the Middle East with a hands-on approach in leading sales and operations of world class capital equipment and engineering providers. For the past 10 years…

Pangaea Logistics Solutionsexpanded its order for high ice class post-panamax dry bulk 95,000 dwt. vessels at Guangzhou Shipyard International (GSI) from two to four vessels.The four ships, two for delivery in April and May 2021 and two for delivery in November 2021, will be used to service Pangaea's Arctic customer base. The two added ships, also designed with Ice Class 1A specifications, will cost $37.7 million each.Pangaea also announced a series of committed transactions to finance the ships through a $129.2 million bareboat charter structure.

Connecticut-headquartered Diamond S Shipping Group Inc. (DSG) announced that it has agreed to sell two of its 2008-built medium-range product carriers as part of its fleet renewal initiatives.The vessels - the Atlantic Aquarius and Atlantic Leo - are expected to be delivered in the third quarter or early the following quarter, said the owners and operators of crude and product tankers, which provide seaborne transportation of crude oil, refined petroleum and other products in international shipping markets.Diamond will recognize a non-cash charge of about $9.5 million per vessel this quarter…

The US-based shipowner-operator engaged in the global transportation of drybulk commodities, Eagle Bulk Shipping  announced the establishment of a new commercial office in Copenhagen, relocating from its existing base in Hamburg.The Copenhagen office will be led by Mathias Groenvald, who recently joined Eagle Bulk, said a press release from the player in Supramax / Ultramax segment.Groenvald previously served as Senior Vice President, Head of Chartering for Clipper Bulk, and has over 30 years of drybulk industry experience.Gary Vogel…

NEW YORK, Aug 5 (Reuters) - Stock markets around the world fell hard on Monday on fears that China's willingness to let the yuan slide in response to the latest U.S. tariff threat could further aggravate trade-related tensions between the world's two largest economies.China on Monday let the yuan tumble beyond the 7-per-dollar level for the first time in more than a decade, in a sign Beijing might be willing to tolerate further currency weakness after U.S. President Donald Trump vowed last week to impose 10% tariffs on the remaining $300 billion of Chinese imports from Sept. 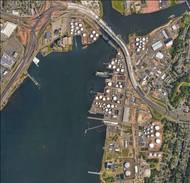 The Connecticut Port Authority (CPA) issued a Request for Applications (RFA) for project funding under the Small Harbor Improvement Projects Program (SHIPP), a competitive grant program managed by the CPA. Under SHIPP, Connecticut municipalities and other properties, in or adjacent to waters of the state, may apply for matching funds to conduct a project that improves the infrastructure or management of their local waterway.The actual selection of grant recipients will take place… 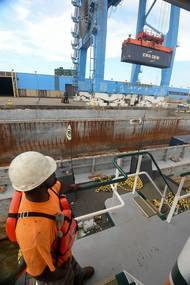 The U.S. Department of Transportation’s Maritime Administration (MARAD) has announced $6,790,000 in grants to three Marine Highway projects. The funding, provided by MARAD’s Marine Highway Program, will go towards enhancing existing services in Louisiana and Virginia as well as supporting the development of a new project in New York.“These grants will expand the use of our country’s waterways, which are essential to our economic growth and vitality,” said U.S. Secretary of Transportation Elaine L. Chao. 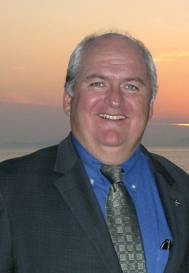 William Gallagher, President of International Registries, to be named Massachusetts Maritime Academy's Maritime Person of the Year.Since 1995, Massachusetts Maritime Academy has been honoring leaders with a renowned career of excellence, innovation and service to the maritime industry with the Emery Rice Medal at their Salute to the Maritime Person of the Year events. This year they will honor Mr. William Gallagher the President of International Registries, Inc. for his distinguished support and expertise…