The biggest annual gathering of Poland’s maritime industry leaders, the Maritime Economy Forum Gdynia is unveiling its program.The day-long event, now in its 19th year, takes place on October 11 in Gdynia, featuring 30 speakers with 600 senior figures from Poland’s maritime sector and around the world expected to attend.Forum chairman Slawomir Kalicki said the conference will see a morning session examine some of the biggest issues facing the international maritime sector, worth an estimated $3-$6 trillion a year, from an EU, Baltic Sea and Polish perspective.

The National Transportation Safety Board announced Thursday its intent to hold a board meeting, Dec. 11, 2018, to determine the probable cause of the Jan. 14, 2018, fire aboard the passenger vessel Island Lady, in the waters of the Pithlachascotee River near Port Richey, Florida.One passenger died and 14 others were transported to area hospitals in the accident that left the vessel so damaged it was declared a constructive total loss.The Island Lady had 53 people aboard when at about 4 p.m. the captain received a high-temperature alarm for the port engine’s jacket-water system.

More than 600 maritime professionals have gathered for the 18th annual Maritime Economy Forum, in the port city of Gdynia in Poland.The forum held at the Pomeranian Science and Technology conference center is now one of the biggest and most influential maritime events in Poland. The event saw representatives from Poland’s ship-building, ports, shipping, manufacturing and small business sectors attend. The forum hosted 30 speakers and witnessed a number of hard-hitting speeches…

In South Florida sits MPT, one of the most prolific and progressive maritime training facilities. Already fully stocked, MPT added significant weight to its offering in 2016 with investment in 25,000 sq. ft. of new training space and technology. MPT handles more than 12,000 students a year from all segments of the maritime industry and from more than a dozen countries. With that range MPT has students from ship operators, tug companies, passenger vessels, offshore and energy exploration companies… 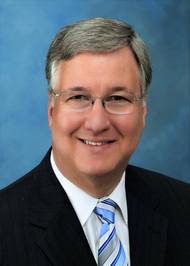 Danos has announced the hiring of Tom Broom as executive account manager. In this role, Broom will be responsible for overseeing and maintaining Danos’ long-term relationship with Shell. In 2015, Broom retired from Shell after a 35-year-career, most recently serving as director of coastal issues for Shell Exploration & Production Company. In that role he served as the inaugural director of a 25-person international team focused on collaborating with internal and external stakeholders on coastal management issues.

The Ocean Observatories Initiative (OOI) infrastructure is operational and ocean scientists can now integrate OOI observations into their research proposals and projects. The UNOLS Ocean Observing Science Committee (OOSC) along with OOI’s Science Oversight Committee (SOC) are organizing a workshop that will focus on current and future science addressed by the extensive OOI infrastructure in the Northeast Pacific. This includes the OOI Cabled, Endurance, and Station Papa Arrays.

The Maritime Administration (MARAD), in cooperation with the Maryland Environmental Resource Center, will hold an open forum to solicit input on the Agency’s Maritime Environmental and Technical Assistance (META) Program and key environmental issues facing maritime transportation. Specific topics of discussion will include how MARAD might be able to better focus requests for proposals, and how to address various levels of technology readiness. Input received will inform MARAD and Department of Transportation decision making regarding possible future research…

Leaders in the shipping community will gather from across the country to discuss the emerging challenges facing the shipping industry. Speakers will include Joseph Hughes, Chairman & CEO, The American Club, Emilian Papadopoulos, Chief of Staff, Good Harbor Security Risk Management, Nathalie Sykora, Vice President Global Technical Services at The CSL Group, to name a few. For full details visit www.wista2015agm.com or contact conference coordinators at wista2015agm@gmail.com with any questions.

Service members and civilians packed the Pentagon Library Conference Center for the Navy Reserve Centennial Kickoff Celebration March 2. Chief of Navy Reserve Vice Adm. Robin R. Braun delivered the opening remarks, commending Navy Reserve Sailors for being ready then, ready now and ready always, and introduced Chief of Naval Operations Adm. Jonathan Greenert, the centennial's keynote speaker. "Serving through the Cold War, I've seen the Navy Reserve go from a group of 'One day we may need them, let's hold on to them. That's our strategic reserve,'...

The American Society of Naval Engineers (ASNE) announced that registration has opened for its Launch and Recovery Symposium 2014: Launch and Recovery of Manned and Unmanned Vehicles from Surface Platforms. The theme for 2014 is Mission Effectiveness, Safety and Affordability. The event is slated to take place November 19-20, 201 at the Maritime Institute conference center in Linthicum, Md. According to ASNE, the symposium provides an opportunity to learn about launch, recovery and operations of manned and unmanned vehicles from marine platforms.

Following in the footsteps of his famous grandfather, author John Hemingway this year has run with the bulls in Pamplona and will be soon fishing the big game grounds off Bimini—the same tiny Bahamas out island where Papa Hemingway chased marlins and tuna aboard his beloved Pilar in the 1930s. In November, John Hemingway will return to Bimini, this time chasing speedy Wahoo as Grand Marshal of the popular Wahoo Smackdown V series, hosted by the historic Bimini Big Game Club Resort and Marina in Alice Town.

Vice Adm. John Currier will be relieved as the U.S. Coast Guard Vice Commandant by Vice Adm. Peter V. Neffenger in a change of watch ceremony on Tuesday, May 20, 2014, in the CDR Raymond J. "Ray" Evans Conference Center in the Douglas A. Munro Coast Guard Headquarters Building.

The U.S. Coast Guard, along with the National Oceanic and Atmospheric Administration and the U.S. Army Corps of Engineers, will hold nationwide public discussions on navigational aid technology and how it will affect the future of America's waterways. The Future of Navigation-21st Century Waterways public listening sessions will be held in several locations across the country and will provide venues for open communications between various federal agencies and U.S. Maritime Transportation…

Air2Work Invests £1million in UKCS Base

Energy sector breathing equipment specialist Air2Work has announced the appointment of new CEO Kevin O'Connor in Aberdeen, as it confirms an investment of more than £1million to expand its UKCS fleet of equipment for workers operating in hazardous environments on and offshore. Air2Work markets and services breathing air systems, developed and built by parent company E Innovation in Norway, delivering them across the UKCS North Sea and Norwegian sector, with a target to grow the business into the U.S., Canada and Australia. 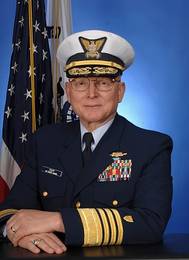 Papp to Deliver State of the Coast Guard Address

The New Standard in Diver Communications

In a deep sea environment, the consequences of poor communication can be life-threatening. Technical divers working in the offshore oil and gas industry need to communicate clearly with the diving bell, vessel and each other as they carry out maintenance and inspections up to several hundred meters water depth. One of the problems faced by commercial divers is that their speech becomes less intelligible the deeper they go. This is due to the increased helium content of their gas mixture; to compensate for the effects of high pressure.

Risk management experts from around the world will gather in Aberdeen on March 5 for a conference that will set the agenda for dealing with the issue and impact of human risk in the oil and gas industry. The keynote address will be delivered by Lord Cullen of Whitekirk, who chaired the public enquiry into the Piper Alpha disaster. The outcomes of the enquiry have transformed HSE operational procedures in the North Sea and the offshore oil and gas industry worldwide. Also included in the impressive line up of speakers is David Pritchard…

Forum to Focus on Sand Management

Energy industry professionals will gather in Aberdeen this spring for the sixth European Sand Management Forum. The conference and exhibition, organized by the Society of Petroleum Engineers (SPE) Aberdeen Section and the Sand Management Network, will take place at the Aberdeen Exhibition and Conference Center between March 26-27, 2014. The forum will focus on the importance of sand management within the oil and gas industry, addressing its challenges across a range of reservoirs and geographical locations and discussing its use in well and plant integrity.