U.S. and Chinese negotiators wrapped up a brief round of trade talks on Wednesday that Beijing described as "constructive", including discussion of further purchases of American farm goods and an agreement to reconvene in September.The first face-to-face trade talks since a ceasefire was agreed last month amounted to a working dinner on Tuesday at Shanghai's historic Fairmont Peace Hotel and a half-day meeting on Wednesday, before U.S. Trade Representative Robert Lighthizer and Treasury Secretary Steven Mnuchin flew out."Both sides…

A senior official of China's ruling Communist Party said the trade dispute with the U.S.

China aims to establish a free trade zone in Hainan by 2020 and will encourage multinationals to set up their international and regional headquarters in the province, state news agency Xinhua reported citing a government document. The guidance was jointly issued by the ruling Communist Party and State Council, Xinhua said. It comes after President Xi Jinping announced on Friday that the country would grant foreign firms greater economic freedom in the southernmost province. Known for its sandy beaches and resort-lined coast…

The United States and China have fired the opening shots in a trade war that may be hard to stop. Washington has published a target list of 1,300 items imported from China worth an estimated $50 billion that would be hit with an extra tariff of 25 percent (“Notice of determination”, USTR, April 3). Beijing has responded with a target list of 106 items imported from the United States worth a similar amount that would be hit by the same ad valorem tariff (“China retaliates for U.S. tariffs”, Reuters, April 4).

China Hammers US Goods with Tariffs

China has increased tariffs by up to 25 percent on 128 U.S. products, from frozen pork and wine to certain fruits and nuts, escalating a dispute between the world's biggest economies in response to U.S. duties on imports of aluminium and steel. The tariffs, to take effect on Monday, were announced late on Sunday by China's finance ministry and matched a list of possible tariffs on up to $3 billion in U.S. goods published by China on March 23. Soon after the announcement, an editorial…

Li Ka-shing to retire after annual general meeting on May 10; will stay on as senior adviser to the group. Hong Kong's richest man, Li Ka-shing, announced his retirement as chairman of CK Hutchison Holdings Ltd on Friday, bringing to a close a rags-to-riches story that made him a hero in the freewheeling capitalist hub. Li, 89, will retire after the annual general meeting on May 10, the ports-to-telecoms conglomerate said in a filing to the Hong Kong bourse, passing the mantle to his eldest son Victor Li, who was named successor several years ago.

Around 300 ships caught in jam that would stretch 40 miles; freight rates for biggest coal, ore carrier hit 3-yr high. More than 300 large dry cargo ships are having to wait outside Chinese and Australian ports in a maritime traffic jam that spotlights bottlenecks in China's huge and global commodity supply chain as demand peaks this winter. With some vessels waiting to load coal and iron ore outside Australian ports for over a month, key charter rates have jumped to their highest in more than three years.

Japan delivered on Tuesday two used ships to the Vietnamese Coast Guard to help the Southeast Asian country strengthen maritime security, reports the Japan Times. The two 600-ton vessels, provided in a ceremony in the city of Da Nang, will be refurbished into patrol boats in disputed waters of the South China Sea. The ships are the second delivery of a 2014 deal for Tokyo to provide Vietnam with six used fishing vessels that will be converted into patrol ships for Vietnam's coast guard and fisheries ministry.

China Shipbuilding Industry Corporation (CSIC) and China Ocean Shipping Company (Cosco) are being probed in China’s national anti-corruption scheme, according to a report in the Reuters. The Central Commission for Discipline Inspection (CCDI) has not named any company executives as targets for individual inspection. CCDI is the highest internal-control institution of the Communist Party of China (CPC). The watchdog did not name any executives as targets for individual inspection in its statement… 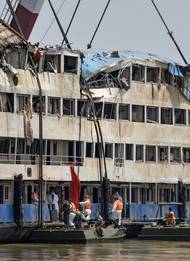 Since being thrust onto the world stage, residents of a once obscure part of China have rallied round to help those affected by the sinking of a cruise ship, an outpouring of kindness in a country more used to worrying about a decline in public morals. The 1.5 million people of Jianli, which sits on a bend of the mighty Yangtze River in the central province of Hubei, have offered free food, car rides and even hair-dressing services to the relatives, rescuers, officials and reporters who have rushed there after the ship carrying more than 450 people sank in a storm on Monday.

China's buoyant exports pushed its trade surplus to a record in July, fuelling optimism global demand will help counter pressure on the domestic economy from a weakening property sector. While manufacturing appears to have picked up in the world's second-largest economy, unexpected weakness in the services sector this week has renewed concerns about the growth outlook. The weak housing market remains China's biggest risk, posing a drag on the broader economy and investor confidence. 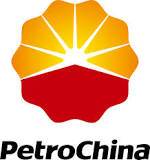 China is investigating a corruption inspector for corruption, China's Central Commission for Discipline Inspection (CCDI) said on Monday, as an anti-graft campaign intensifies. Since President Xi Jinping's appointment last year, the government has cracked down on official corruption and extravagance in China, where the common and public flaunting of personal and often illicit wealth has led to widespread criticism of the ruling Communist Party. The ruling Communist Party's anti-corruption watchdog said in a one-line statement on its website that Cao Lixin…