VMAG Rolls Out its Marine Refit and New Build Department

Voyager Maritime Alliance Group (VMAG) , one of the leading marine technology providers in South Florida, is expanding its already comprehensive list of services by adding turnkey marine services that now encompass the entire refit and new build process. “In simple terms – we do it all! Says David Leone, President of VMAG, from the initial planning, naval architecture services, networking and data cabling, project management, contractor management, welding and fabrication, carpentry…

Radio Holland  Malaysia (RHM) secured a contract from Destini Shipbuilding & Engineering for the supply of Navigation and Communication equipment on board of six New Generation Patrol Crafts (NGPC). The vessels are being built for the Malaysian Maritime Enforcement Agency (MMEA). The scope of work encompasses detailed design, supply, installation, testing and commissioning of the Navigation and Communication equipment including the Steering System and Thermal Cameras. The vessels will play an important role in maritime search and rescue operations. 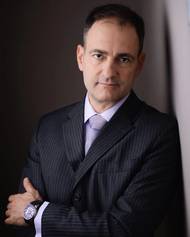 Cargotec Corporation agreed to acquire INTERSCHALT maritime systems AG, the specialist software and related service provider to the maritime industry. The acquisition will complement Cargotec's strategic aim of being a leader in intelligent cargo handling. Cargotec will gain more competence in technologically advanced software and service solutions and attains a global footprint with branch offices, service stations and partner representations. Cargotec has agreed to acquire all the shares in the German software and service company INTERSCHALT.

Moore Stephens’ annual survey, which indicates the direction of ship operating costs, suggests that crew wages, repairs and maintenance, along with drydocking are the costs that are most likely to increase most significantly this year and next, says a report from BIMCO. It is a survey of industry experts’ best guesses, as nobody has a crystal ball in these matters and much of the interest comes from the remarks they make as they produce their assessments. The respondents, mainly…

Ship Operating Costs on the Rise

Processing of steel for Hull 483 started on sheet-cutting machine in Shipbuilding Industry Split on 22 September 2015. It is the largest square-rigged ship contracted for a Monaco buyer, the company Star Clippers Ltd. It will be 162 meters long and 18.5 meters wide, with deadweight of 2000 tons, five masts and sails with overall surface of 6.347 square meters. The type of Clipper sailing boat with such sail-plan is called barque. Marine platform that will be at the the stern will… 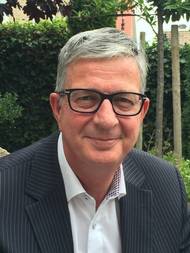 Alphatron Marine announced it has appointed Erik van Boom as country manager for the Euro border region Scheldemonden.   With recent changes in Belgium, where Alphatron Marine has taken over the sales and service activities of maritime navigation and communication equipment of Astron NV, expansion in the region was required, the company said.    In his new role, van Boom will leverage more than 25 years of experience in the maritime navigation and communication sector to help support the growth of Alphatron Marine.

For 70 years, Beier Radio has provided engineering, sales, and service for marine electronics around the globe. As the corporation marks its 70th anniversary, it also unveils a new name for the operating company known for its advanced vessel control and navigation systems. Beier Radio is now Beier Integrated Systems. The company’s new website address is www.BeierIS.com. “While the name is new, the Beier commitment to providing quality systems  and expert services has not changed.

The crew of the product tanker Orkim Victory was taken hostage after their vessel was hijacked by pirates eight nautical miles off the coast of Pu Aur, Malaysia, according to the International Maritime Bureau (IMB)’s Piracy Reporting Centre. The tanker carrying petroleum was under way from Sungai Udang to Kuantan, Malaysia, when the 7,119 dwt vessel was boarded by armed men. The vessel was boarded in the South China Sea off Pulau Aur, Malaysia and had its oil cargo siphoned off. The attack was held east of Mersing, off Malaysia in the South China Sea.

Radio Holland, part of Imtech Marine, has concluded a service agreement with leading tanker, gas and offshore maritime group BW Fleet Management (BWFM). The two-year agreement covers all the navigation and communication equipment onboard 13 LPG vessels. Radio Holland also provides remote support for these vessels. This week Radio Holland is present at the Nor-Shipping event in Oslo (Norway) at booth B02-36. BWFM has technical responsibility for more than 50 vessels including Very Large Crude Carriers (VLCCs)…

The Singapore-flagged Ocean Energy was hijacked in the Straits of Malacca on Saturday and fuel siphoned from tanker. According to a report from the Southeast Asian piracy watchdog ReCAAP, the taker bound for Myanmar is the fifth to be targeted by robbers since the start of 2015. At 2130 hrs on Saturday eight perpetrators armed with guns boarded the vessel whilst it was heading up the Straits of Malacca. The pirates ordered the ship to anchor off Port Dickson and a barge came alongside. The Master and crew were locked away and a reported 2023 MT of Marine Gas Oil was siphoned off.

The Zamakona Yards in Pasajes has successfully finished the works carried o t in the vessels VOS HADES and VOS HERA that belong to the Company Vroon Offshore Services UK. The conversion required a major upgrade of the VOS H-Class to enable Rescue & Standby facilities for a Group B vessel. The project´s design done by OSD-IMT OFFSHORE SHIP DESIGNERS was created in order to meet the customer´s requirements and the UK MCA and UKOOA regulations. - New accommodation areas such as treatment area, hospital, reception, survivors and non survivors’ facilities, etc have been done. 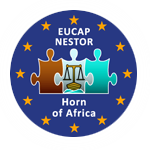 EUCAP Nestor donated a deployable speedboat to the Seychelles Coast Guard in a ceremony at the new Coast Guard base. The ceremony was presided over by the Commanding Officer of the Coast Guard, Lt Col Simon Dine, on behalf of the Seychelles and the Head of Mission of EUCAP Nestor, Etienne de Poncins, as well as the Minister for Home Affairs and Transport, Joel Morgan. The speedboat is a 6.5 metre Rigid Hull Inflatable Boat (RHIB) that can be taken on board one of the larger Coast Guard vessels and deployed for boarding as well as search and rescue operations at sea.

Experts from the maritime industry met on the M/S Pearl Seaways from January 28-30 for the e-Navigation Underway 2014 international conference. One topic of the talks and discussions was unmanned shipping, which Fraunhofer CML is examining and advancing as part of the research project MUNIN (Maritime Unmanned Navigation through Intelligence in Networks). e-navigation – in other words the collection, analysis and exchange of maritime information both on land and at sea – was the main subject of talk on the M/S Pearl Seaways and discussed by the maritime experts on various levels.

Eastern Shipbuilding Group, Inc. announced the christening and launching of the M/V Bravante VI for Boldini S.A., Bravante Group of Brazil. This is the second vessel in a series of five. The event was held on August 5, 2013 at Eastern’s Nelson Street Facility with hundreds of Eastern’s Employees and Guests. Attending from Bravante were Renato and Regina Nascimento, Nuno Neves and Rubia Amaral, William Grutter, Cristiana Marsillac and Luis Harduim along with several members that traveled from Brazil witnessing the launch of the second of five Platform Supply Vessels under contract with Eastern.

Transas Marine Denmark contracted by A/S to supply & install 28 Navi-Sailor 4000 Multifunction Display Dual ECDIS units. Transas is also to upgrade another six Eitzen Chemical vessels to the latest hardware and software ECDIS standards over the next two years. The package for each vessel includes 2 x 26" Hatteland monitors, RS6B computers, radar overlay and Firewall enabling a direct connection between the vessel's satellite communication equipment and the Transas ECDIS. After the installations, all vessels will run the unique "Pay As You Sail" chart concept from Transas.