World shares made another push for an all-time high on Wednesday after U.S. President Donald Trump said Washington and Beijing were in the final throes of inking an initial trade deal.European trading was restrained, with MSCI's all-country world index now within 0.4%, or 2 points, of its record high from January 2018.London, Frankfurt, Paris and Wall Street futures all rose, and though Shanghai had struggled after Chinese industrial company profits shrank, Australia had set its…

Monaco-based seaborne shipping company Navios Maritime Containers  announced the appointment of Stefan Kuch and Vasilios Mouyis to its Board of Directors.The owner and operator of container ships informed that Kuch has over 32 years of experience in finance and ship finance, having served in senior leadership positions in the shipping division of Commerzbank AG, one of Germany’s leading financial institutions.He also served as Managing Director of Hanseatic Ship Asset Management GmbH, a vessel-owning company within the Commerzbank Group.

Rhine water levels hit record lows in October; river is a key fuel transport hub for Europe.Low water levels on the Rhine river have caused a fuel supply deficit in parts of Europe's industrial heartlands that is sucking up cargoes from more than 10,000 km away in Singapore.Following a long, scorching summer, water levels on the Rhine - a key commodity shipping lane connecting industrial centres in Switzerland, Germany, France and the Netherlands to major seaports - fell to record lows…

Libyan oil production could face protracted disruption as factions in the east seek to seize control of crude exports, adding pressure to a tight global market. Eastern factions have tried to take over oil exports in the past but have struggled to find buyers because Western nations insist they will deal only with the internationally recognised National Oil Corporation (NOC) based in the Libyan capital of Tripoli. But this has not stopped eastern forces from seeking control of the ports, accusing Libya's western-based government of failing to share revenues fairly.

HSH Nordbank Aims to Buy Shipping Loans from Other Banks

Germany's HSH Nordbank, once the world's biggest ship financier, aims to buy shipping loans from other banks and make new investments in the industry as it emerges from years of turmoil, a top bank official said.The bank's regional government owners are selling the lender to buyout groups Cerberus Capital Management and J.C. Flowers, with investors GoldenTree, Centaurus Capital and Austrian bank BAWAG also taking stakes."HSH, at the end of this process of privatization, will for the first time since 2008 be restored.

Rickmers Maritime Trust has completed the sale of a vessel in connection with the settlement of senior loan facilities that German lender Commerzbank's Singapore branch extended to a unit of the trust. "The Trustee-Manager wishes to announce that the sale of the “India Rickmers” vessel has been completed. The Trustee-Manager will update its noteholders and unitholders if there are any further developments," Rickmers Trust Management Pte. Ltd., in its capacity as trustee-manager of Rickmers Maritime has announced in a statement.

The European Central Bank has urged German state-owned lender Bremer Landesbank to shore up its capital resources against non-performing loans in shipping, three sources familiar with the matter said. Bremer (BLB) needs another 700 million euros ($800 million) in equity, weekly magazine Focus reported earlier on Saturday, citing talks between the city-state's finance chief and parliamentary leaders. "There are close discussions with the ECB," one of the sources told Reuters. Strengthening BLB's capital is a "matter of intense talks," a second source said.

The German lender Commerzbank is making money in tough market as it sheds another $1.2bn of ship loans. For the first time ever, Commerzbank's shipping portfolio stands at less than EUR 10 billion, according to the third quarter interim report, in which the German bank presents a profit of EUR 207 million. The Exposure at Default (EaD) was reduced over the second quarter of 2015 in the areas of Commercial Real Estate (CRE) and Ship Finance by EUR 5.1 billion. Therefore, the EaD…

Although the crisis is not over in all segments, Germany's second-largest marine lender, Nord LB, said its shipping loan portfolio turned a corner in the first quarter after several years of hefty losses, says a report in Reuters. The net profit of the company jumped up 70 percent in the first quarter as commission and lending income rose and as a one-off accounting gain boosted results. NordLB witnessed a turnaround in its shipping unit, earning 23 million euros compared to a pretax loss of 72 million euros a year earlier.

Oil Steadies Above $92 on Signs of Global Growth

Brent crude oil edged down but stayed above $92 a barrel on Monday after a week of sharp falls, as strong U.S. employment data and a rally in global stock markets pointed to stronger economic growth and higher demand for fuel. Brent fell nearly 5 percent last week, its steepest decline since April 2013, as a strong U.S. dollar, weak demand and ample supply weighed on prices. "It is no surprise to see the price stabilising after the massive sell-offs last week, but we won't see a hard price floor until OPEC indicates that it will cut production… 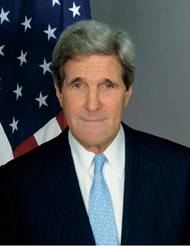 U.S. Brent crude dipped below $114 a barrel on Monday as worries about disruptions to Iraqi crude supplies began to look overdone given that exports have so far been unaffected by a Sunni Islamist insurgency. Brent was down 90 cents at $113.91 by 1336 GMT, off an intraday high of $115.66. U.S. crude for August delivery was down 54 cents at $106.29, after touching $107.45 earlier in the session. The July contract expired on Friday. Traders and analysts said that the rally had faltered as the market was becoming desensitised to the news out of Iraq.

FSL Trust Management Pte. Ltd. (FSLTM), as trustee-manager of First Ship Lease Trust (FSL Trust), has announced the appointment of Michael J. Oliver to its Board of Directors. Mr. Oliver has more than 40 years of international experience in the banking and financial services industry. He joined the London Branch of Commerzbank AG in 1986 and served as its Regional Board Member for Asia Pacific in Singapore from 2001 to 2005 before his retirement. As Regional CEO, he was responsible for Commerzbank branches in Hong Kong…

Tognum has recently concluded an agreement with a bank consortium for a revolving credit line of €300 million. The credit line has a term of five years. In addition to Commerzbank as the coordinator, seven other banks are involved. Tognum will redeem the consortium financing that was agreed during the IPO in 2007 accordingly in the next few days. In the last few months, Tognum also received loans totalling €200 million for research projects from the European Investment Bank (EIB). In addition, KfW IPEX-Bank will finance R&D activities amounting to €50 million.

DryShips Inc. (NASDAQ: DRYS), a global provider of marine transportation services for drybulk cargoes and off-shore contract drilling oil services, announced that it has signed an agreement with Commerzbank and West LB on waiver terms for $70 million of our outstanding debt. This agreement is subject to customary documentation. George Economou, Chairman and Chief Executive Officer, commented: "We are pleased to have reached an agreement with Commerzbank and West LB.