Port of Portland said it will receive $1.25 million from the federal Port Security Grant Program to upgrade marine terminal security systems. Through the Area Maritime Security Committee, the port successfully applied for and received the funding to rebuild key components of security systems at marine Terminals 4 and 6. Specifically, the funding will go toward renewing antiquated closed circuit television cameras and systems, and overhauling access control systems at terminal gates. Portland is one of 33 U.S. ports to receive grant funds awarded by the Federal Emergency Management Agency. 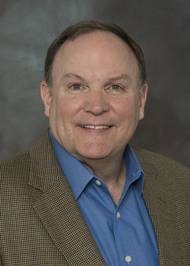 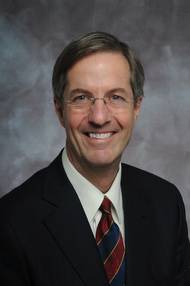 Port of Portland Executive Director Bill Wyatt formally announced to the Port Commissioners that he will retire from the Port on June 30, 2017. He has led the Oregon port since 2001. Wyatt’s 16-year tenure with the U.S. West Coast port has included major milestones in the organization’s history. At the marine terminals specifically, his legacy includes several hundred million dollars of infrastructure investment made by port marine terminal tenants following the $199 million Columbia River navigation channel deepening project leading to the growth and retention of key waterfront jobs…

A Coast Guard aircrew performed a medical evacuation of an injured crew member from a 618-foot cargo vessel over 170 miles offshore from the Columbia River, Saturday. An MH-60 Jayhawk helicopter crew from Coast Guard Sector Columbia River in Warrenton safely transported the 23-year-old man to the air station where he was transferred over to emergency medical personnel, who took him to Columbia Memorial Hospital in Astoria. Watchstanders at Sector Columbia River received the assistance…

Vessel Runs Aground in Columbia River near Skamokawa

The Coast Guard is monitoring the transit of a motor vessel that ran aground in the Columbia River near Skamokawa, Washington, but was refloated, inspected and given a captain of the port order to transit to Kalama, Saturday morning. There was no report of pollution or injuries stemming from the grounding of the Nenita, a 738-foot Marshall Islands-flagged bulk carrier fully laden with grain. Watchstanders at the Coast Guard Sector Columbia River were notified of the incident at 3:21 a.m.

U.S. Marine Inspectors from Marine Safety Unit (MSU) Portland conducted a field dry dock examination, Wednesday, to educate and train the towing vessel community on new regulatory standards that will come into force in the summer of 2018. Shaver Transportation Company suggested the field outreach event during a U.S. Coast Guard initiated information session the previous week. The information session held at MSU Portland was the second in a series of national outreach forums designed to educate towing vessel operators on the new regulations…

Ship Runs Aground in Columbia River

A 623-foot Panamanian-flagged bulk carrier Sparna ran aground early Monday morning in the main shipping channel of the Columbia River near Cathlamet, Washington,  according to the U.S. Coast Guard. The Sparna has taken on water in void spaces, but authorities believe the vessel's fuel tanks were not damaged in the incident. Coast Guard officials said the 623-foot bulk carrier Sparna ran aground around 12:16 a.m. in the narrow section of the river. Officials said the Sparna was fully loaded with grain…

The U.S. Coast Guard is monitoring a vessel that lost propulsion and briefly grounded in the vicinity of Welch Island, Wednesday. The crew of the 738-foot bulk carrier Miyama is currently underway enroute to Kalama north berth, after having effected repairs to their propulsion system, with the tugs Deschutes and Sommer S escorting the vessel. Watchstanders at Coast Guard Sector Columbia River received a report from Columbia River Pilots stating the vessel ran aground around 11:20 a.m.

Columbia's state environmental agency said that roughly 80 gallons of oil was spilled into the Columbia River by a vessel near Kalama. The Nord Auckland, a 618-foot ship flagged in Singapore, reportedly spilled the waste oil during an internal oil transfer on Thursday morning. The ship, owned and operated by Denmark’s Norden, was at anchor when an apparent operator error led to the spill of substances which were intended to be incinerated. The multi-team response was coordinated by the Washington Department of Ecology and the US Coast Guard (USCG).

Tidewater Transportation and Terminals, headquartered in Vancouver, Washington, has taken delivery of Crown Point, a new custom-built towboat commissioned at Portland’s Vigor Industrial. Crown Point is the first of a series of three towboats being built at Vigor for Tidewater, and will join the company’s current fleet of 16 vessels and 160 barges. Marc Schwartz, Maintenance & Engineering Manager at Tidewater, expressed, “The launching of the Crown Point, and the forthcoming Granite Point and Ryan Point vessels, marks an important step for Tidewater.

The U.S. Coast Guard detained the Ikan Sudip, a Panamanian-flagged 600-foot bulk carrier, after discovering significant environmental and safety violations during an inspection in Astoria. The violations included a failure to use engineering procedures required by U.S. and international law, a lack of crew familiarity with emergency rescue drills, deficient structural fire boundary doors, and inoperable lifesaving equipment, according to the Coast Guard. Vessel inspectors from…

The Oregon Board of Maritime Pilots and Columbia River Bar Pilots are currently accepting applicants to fill expected vacancies in the next few years. Applicants must have at least one year sea time as Master on ships over 5,000 GT to apply and two years sea time to be accepted. The pilots are an equal opportunity organization looking for Captains with a broad range of experience, capable of working in the demanding conditions of the winter bar, have the command personality to…

The Preventing Labor Union Slowdowns Act of 2015 (PLUS Act) was introduced last Thursday in the United States Senate to help prevent the type of maritime labor slowdowns at the Port of Portland and 28 other West Coast ports that disrupted domestic and international trade and nearly brought the U.S. economy to a standstill earlier this year. The PLUS Act, which was introduced by Idaho Senator James Risch, was the result of efforts by ICTSI Oregon, Inc., the terminal operating company for the Port of Portland’s Terminal 6…

A Coast Guard Air Station Astoria MH-60 Jayhawk helicopter crew rescued two stranded boaters near Willapa Bay, Wash., Saturday. The 67-year-old man and 57-year-old woman were safely transported to an airfield in Raymond, Wash., where they were met by local emergency medical services for evaluation. Watchstanders at the Coast Guard Sector Columbia River command center received the call for assistance via Pacific County Dispatch late Saturday night after the boaters reported their 12-foot aluminum skiff was aground on a mud flat.

Canpotex to Invest at Port of Portland Terminal

Portland is already the largest gateway on the U.S. West Coast for bulk mineral exports, and that gateway is about to get more efficient and diversified with the expansion of the Canpotex Limited (Canpotex) potash export facility at the Port of Portland's marine Terminal 5 in the Rivergate Industrial District. Canpotex, through its wholly owned subsidiary, Portland Bulk Terminals, L.L.C. (PBT), is investing up to $140 million in new equipment and infrastructure to improve the efficiency of its shiploading operations and the management of Canpotex’s specialty white potash products.

The Coast Guard Captain of the Port Sector Columbia River in Warrenton, Oregon, issued the closure of the Siuslaw River bar entrance due to hazardous conditions at approximately 2 p.m., Saturday. The bar closure applies to all vessels. Any request to transit the bar prior to reopening must be approved by the Captain of the Port. Mariners may contact the Coast Guard on VHF-FM Channel 16 for further information or to request crossing. The Coast Guard will re-evaluate the bar closure on an ongoing basis and will re-open the waterway as soon as the offshore weather improves.

The Coast Guard is responding to the sinking of a derelict vessel at the Port of Astoria Thursday. A Coast Guard incident management team is currently on scene and working with Port of Astoria personnel to minimize the impact of pollution from the sunken Cap’n Oscar to the maritime environment. Watchstanders at Coast Guard Sector Columbia River received a call from port personnel Thursday evening when they noticed the derelict vessel was sinking. Port personnel began taking steps to place boom around the vessel. Currently the vessel is submerged up to the pilothouse.

The Coast Guard assisted representatives of the Washington and Oregon Departments of Fish and Wildlife patrol the waters of the Pacific Northwest during the pre-soak period of the commercial Dungeness Crab season, which opens Jan. 4, 2015. The Dungeness Crab Season begins Monday from the California/Oregon border north to Destruction Island, Washington including Willapa Bay and Grays Harbor. The Northern Washington to U.S./Canada border Dungeness Crab season will begin at a date to be announced later, but no sooner than January 15.