Dry bulk operator Clipper Bulk announced it will reduce onshore staff in an effort to narrow costs amid historically low freight markets dragged down by the coronavirus pandemic.“The dry cargo market has struggled with unsustainably low freight rates for years, but the COVID-19 pandemic has made matters worse and caused a steep downturn in demand and freight rates. We need to adapt to this new reality, and we are making these changes to stay ahead of the situation,” said Clipper Group CEO Peter Norborg.The company said Thursday it will cut 24 out of 91 jobs ashore by the end of April…

International dry bulk shipping company Clipper Group  has launched a comprehensive restructuring involving a large number of layoffs, especially at the company's Copenhagen headquarters.The dry bulk carrier announced a series of initiatives to strengthen its business platform amid continued weak markets.Initiatives include agreements to strengthen the company’s financial position, downsizing of organization and office network, other cost savings, changes to Senior Management as well as a more focused market approach…

Genco Shipping & Trading Limited announced it has established a European subsidiary in Copenhagen to be led by newly appointed Commercial Director, Minor Bulk, Europe, Sune Linné Fladberg. “We continue to take steps to solidify our sizeable and leading dry bulk platform and further enhance our ability to provide a full-scale logistics solution to leading charterers and cargo providers on a 24-hour basis,” said Genco CEO, John C. Wobensmith. “We are pleased to have established a European subsidiary in Denmark and have Sune join our in-house commercial team…

Danish shipping company J. Lauritzen adds CEO of Norwegian Odfjell, Kristian V. Mørch, and CFO of the cleaning company ISS, Barbara Plucnar Jensen, into its board of directors. "J. Lauritzen A/S in March 2018, Kristian V. Morch, CEO at Odfjell SE, Norway and Barbara Plucnar Jensen, CFO at ISS UK and Ireland will be elected as new members of the Board of Directors of J. Lauritzen," said a press release from the company. In connection with the upcoming annual general meeting, Marianne Wiinholt, CFO & EVP at Ørsted will resign from the Board of Directors of J. Lauritzen. Kristian V.

Denmark based Clipper Group said it will simplify its operational and administrative setup in its core business area, the dry bulk market. Clipper will concentrate its bulk business in Copenhagen, Houston and Hong Kong going forward, closing its offices in Stamford, Sao Paulo, Rio de Janeiro, Singapore and Beijing. The company's offices in Barranquilla, Tokyo and Nassau will remain unchanged. “We want to make communication more effective and our response time to market changes shorter.

Vogel Joins SFL Board of Directors

US-headquartered ship owner Genco Shipping & Trading Limited suffered a massive loss for 2015 just like the rest of the industry. However, the result represents a big improvement from the losses in 2014. Dry bulk carrier has managed to decrease its net loss to USD 49.5 million in the fourth quarter of 2015, compared to a net loss of USD 164 million seen in the corresponding period a year earlier. Genco’s revenues dropped to USD 35 million for the fourth quarter, compared to USD 55.7 million recorded in the same period in 2014. The decrease was primarily due to lower spot market rates.

Clipper Group has appointed Peter Norborg new Group CEO, succeeding current chief Frank G. Jensen, who will continue with the company as Chairman of the Board. Norborg will commence work in Clipper on April 1, 2016. Norborg, 49, comes from a position as Chief Operating Officer at Switzerland-based open hatch/dry bulk company Gearbulk, a position he has held since 2012. Before that, he spent 14 years at D/S Norden, latest as Executive Vice President and Head of Dry Cargo division. Peter holds an EMBA from IMD Business School. 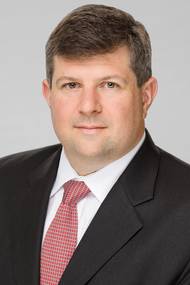 Bergeron to be Keynote Speaker at SHIPPINGInsight

Scott Bergeron, CEO of the Liberian International Ship & Corporate Registry (LISCR), has agreed to serve as a keynote speaker at the SHIPPINGInsight 2015 Fleet Optimization Conference & Exhibition, which takes place in Stamford, Conn., Oct. 13-14. Bergeron joins four other distinguished keynoters at the annual maritime technology event. He will lead off the roundtable on “The Role of Class & Flag” in the “Efficient Ships” session on Tuesday, Oct. 13. Other keynote speakers are Gary Vogel…

The Danish equity fund Polaris makes a tender offer on all shares of the ferry operator Mols-Linien, which sails on routes Odden-Ebeltoft and Odden-Aarhus. Polaris offered to pay 34 Danish crowns a share, valuing the ferry operator at 482 million Danish crowns ($71.7 million). The private equity group has entered an agreement with Clipper Group A/S to acquire their stake of 29.95% in Mols-Linien for an undisclosed price. In addition, Polaris received irrevocable advance commitments to purchase additional 46.24% stake in Mols-Linien from Nykredit Bank A/S…

Kristian Verner Mørch will take up his new position as president and CEO of Odfjell SE from August 1, 2015, the company’s board of directors announced. His appointment was announced in May 2015. Mørch, a member of the board of Odfjell SE since May 2014, will step down as board director of the company from the same date. Mørch is Danish citizen with more than 27 years' experience in the shipping industry, of which more than 10 years have been in senior management positions, previously holding posts as co-CEO of Clipper Group, COO of Maersk Tankers, and other management positions in A.P.

The board of directors of Odfjell SE has appointed Kristian Mørch as the company's new president and CEO. He will succeed current president and CEO Tore Jakobsen by November 1, 2015. Mørch is a Danish citizen and presently holds the position as co-CEO of Clipper Group. He has previously been COO of Maersk Tankers, and has also held other management positions in A.P. Moller-Maersk. Mørch holds an MBA from IMD (Switzerland), and is an AMP graduate from Harvard Business School. He has been a member of the Board of Odfjell SE since May 2014.

OW Bunker acquire two bunker barges for Nordic operations: 'OW Copenhagen' and 'OW Aalborg'. Prior to the acquisition, OW Bunker operated both vessels on a bare-boat charter from international shipping company the Clipper Group. OW Copenhagen and OW Aalborg are modern double-hulled 3,500dwt tanker barges, built in 2006 and 2005 respectively. Both vessels have a tank capacity of 4,260 m3, fast pumping rates of up to 600 m3/hr and are oil major approved. As part of the company’s strategy to develop the highest standards within its physical division…

General Increases of 10% and 5% are Maintained for 2013/14 Mutual Entries. The Strike Club, the market leader in the niche area of delay insurance for the marine trades, reports continuing strong demand for its mutual and fixed-premium covers. Shipowners and charterers are boosting the club’s mutual entries as shipping operations are stamped by uncertainty resulting from the widening economic crisis and growing civil unrest, such as the protests by millions against government austerity measures seen in some of Europe’s largest countries last week.

Clipper Group grows from a small ship owner/operator to a substantial size & celebrates 40 years in shipping. Clipper started primarily as an operator in the dry cargo segment. In the 1990's, the company grew to be a shipowner as well, and has since then taken delivery of 179 vessels. Today Clipper is a leading shipping group with a strong fleet and offices in 11 countries. Frank G. Jensen, Chairman of the Board and CEO of Clipper, joined the company in 1992. "In the 20 years I've been with Clipper…

In its summary of interim report Q3 2011, Nordic Tankers said that in the third quarter of 2011 the time charter equivalent (TCE) revenue dropped back to the low levels of the first quarter of 2011. The main reason was the continued weak freight rates, a result of low general market activity combined with a slow summer market in the first two months of the quarter. EBITDA was $0.7 million in Q3 2011, down from $4.8 million in Q2 2011. Nevertheless compared to the first nine months of 2010 both revenue and EBITDA have developed positively…

Danish Shipowners: On Growth track in Wake of Economic Crisis

Denmark has retained its position as one of the world's leading maritime nations, despite the economic crisis. In terms of operated tonnage, Denmark is today the fifth largest maritime nation in the world. In all, Danish shipping companies transport some 10% of the world trade. Henrik Segercrantz reports on Danish maritime issues. Danish shipping is global, with trade within Europe counting for only a quarter of the industry’s total revenues. The primary markets are the US and China, making up more than 15 percent of the revenues. "Here in Denmark the shipping sector is really a success.