Norway-based shipowner Klaveness Combination Carriers (KCC) has named its second CLEANBU vessel, MV Barracuda, after it completed a first switch between dry cargo and a cargo of clean petroleum products (CPP).MV Barracuda was named at anchorage outside Singapore by Ms. Su Yin Anand, head of Legal at South32 Marketing Singapore, one of KCC’s largest customers.As all the other CLEANBU vessels, MV Barracuda was named after a “sea creature” to show KCC’s commitment to clean oceans… 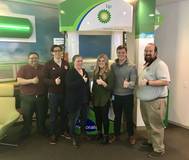 Demand for methanol and vegoil will moderately support global seaborne trade causing the shipping fleet trading in chemicals and vegoils to expand, according to the latest edition of the Chemical Forecaster, published by global shipping consultancy Drewry. A press release from Drewry said that the orderbook contains 144 stainless steel vessels totalling 3.4 mdwt for delivery by 2020, almost 22% of the existing capacity for such vessels; 63 of these vessels are in the size range of 25…

GAC UK has signed a three-year terminal and marine services deal with Valero Logistics UK Ltd. Under the agreement, from 1 February 2017, GAC UK will manage and support the discharge of 12-14MT of clean petroleum products each from up to 180 tankers a year at the ports of Cardiff and Plymouth. On 1 April, its raft of jetty operation services for the energy giant will be extended to include Avonmouth. GAC UK will provide a range of terminal services including secure and safe manning of berths, ship/shore safety checks and connecting shore cargo lines to vessels’ manifolds.

American Eagle Tankers (AET), a subsidiary of Malaysian shipping line MISC Bhd, said that it will acquire all the remaining shares of Paramount Tankers, making the latter its wholly owned subsidiary. AET will acquire Golden Energy Tanker Holdings’ 50% stake in Paramount Tankers, a joint venture between the two companies that owns and operates six aframax vessels. AET did not disclose the value of the deal, which is expected to be completed by September this year. AET President & CEO…

Refining capacity in Asia has been growing rapidly for many years. Not surprisingly, the vast majority of this growth took place in China, which more than doubled its refining capacity over the last 10 years. The other significant growth engine in Asia has been India. However, the impact of these two refining powerhouses on the product tanker market has (so far) been very different. While a significant portion of India’s new refining output has been exported into world markets… 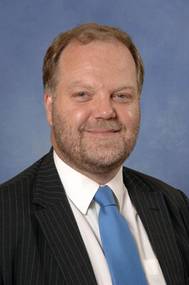 Shipping Confidence at Highest Level Since 2008

Overall confidence levels in the shipping industry rose to their highest level for almost six years in the three-month period to February 2014, according to the latest Shipping Confidence Survey from international accountant and shipping adviser Moore Stephens. Freight rates look set to improve or maintain existing levels over the next twelve months, while an increase in private equity funding is expected to have a major impact on the industry. In February 2014, the average confidence… 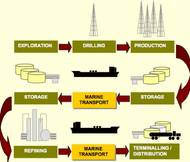 Marine transport advisors, McQuilling Services, give an insight into how they forecast the development of tanker demand, which is a constituent part of their recently published '2014-2018 Tanker Market Outlook' report. At a global level, marine transportation demand is related to world trade, which is directly related to the state of the world economy. This means that demand for crude oil and petroleum products grows with an expanding global economy. Marine transportation demand for tankers is a derived demand. It arises from the energy consumption requirements of regional economies.

According to article 3, second paragraph of the Chilean Merchant Marine Development Law (Ley de Fomento a la Marina Mercante – Decree Law N° 3.059 of 1979), and articles 6 and next of its Regulation (Decree Nº 237 of 2000 of the Ministry of Transport and Telecommunications), EMPRESA NACIONAL DEL PETRÓLEO, on behalf of its subsidiary, Enap Refinerías S.A., calls for tenders to provide “TIME CHARTER SERVICE OF A TANKER VESSEL BETWEEN 40.000 AND 55.000 M3 FOR CLEAN PETROLEUM PRODUCTS”…