Mitsui O.S.K. Lines (MOL) announced the delivery of the LNG carrier CESI Lianyungang, which was ordered by the joint venture of China COSCO Shipping Corporation Limited (CCSC) and China Petroleum & Chemical Corporation (SINOPEC), at Hudong-Zhonghua Shipbuilding (Hudong) on May 31. The CESI Lianyungang is the sixth vessel in the China LNG Transportation Project announced in April 2013, and will sail under a long-term charter transporting LNG that SINOPEC purchases from the Australia Pacific LNG Project.

Qatar Petroleum and Shell signed a framework agreement to develop global LNG bunkering facilities on Tuesday, Qatar Petroleum said. "We view LNG bunkering as a promising opportunity for LNG to further grow as a clean energy source," Qatar Petroleum CEO Saad Sherida Al-Kaabi was quoted as saying. "LNG demand for bunkering is expected to increase significantly over the coming years and we believe there is real potential for such demand to reach up to 50 million tons per annum by 2030," he said.

Mitsui O.S.K. Lines, Ltd. (MOL; President & CEO: Junichiro Ikeda) today teamed up with a local partner in Indonesia, PT Pelindo Energi Logistik (PEL; President Director: Denny Hermanto) to launch joint operation of the LNG carrier Triputra, which conducted the project’s first discharging operation at the Port of Benoa on Bali Island. This is the second coastal shuttle transport project following one serving for West Java(*), for which MOL securedan order in 2011. In that project… 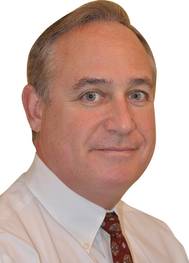 Editor's Desk - Energy: What if?

The ever-changing sea state of global energy confounds even the brightest, most experienced analysts who, today, as ever, claim to have all the answers. Don’t believe them – they don’t. That’s because it has only been about five or six years since there were as many as 45 LNG import facilities being considered for federal approval here in the United States. Very few ever came to fruition, but at the time, the US Energy Information Administration (EIA) projected natural gas to be the second biggest fuel source for electrical generation by 2025. They were right about the second part.