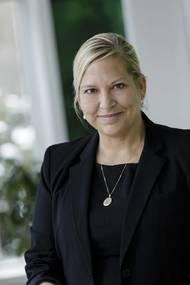 Danish conglomerate A.P. Moller – Maersk informed that Claus V. Hemmingsen steps down as Vice CEO of the group. The company's energy division, which was headed by him, will also be shut down."The Energy division will close down latest by the end of June 2019, and Claus Hemmingsen will subsequently leave A.P. Moller – Maersk,  after nearly 40 years in service," said a company statement.The Group has successfully concluded the separation of Maersk Tankers, Maersk Oil and Maersk Drilling as part of the transformation initiated in 2016 to focus A.P.

Danish shipping group A.P. Moller-Maersk said on Tuesday its chief financial officer has decided to leave the company after only 16 months in the role. The departure of Jakob Strausholm, who took the role as chief finance, strategy and transformation officer in December 2016, comes after Maersk decided to separate the finance role from its IT and digital transformation function, the company said. The change comes amid a major restructuring and digital drive which Maersk hopes will simplify the process of moving goods around the world.

In line with the strategic direction announced in September 2016 A.P. Møller - Mærsk A/S has made significant progress in focusing the future business on container shipping, ports and logistics. To further accelerate the development of customer oriented end-to-end transportation and logistics solutions the Board of A.P. Møller - Mærsk A/S today announces that it is strengthening the management of the company by appointing the Chief Operating Officer, Chief Commercial Officer as well as the CEO of APM Terminals to the Executive Board. 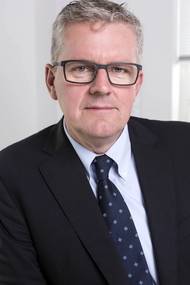 Steen S. Karstensen has been appointed CEO of Maersk's offshore services arm, Maersk Supply Service, with effect from October 24. Karstensen comes from a position as Chief Procurement Officer and takes over from Jørn Madsen, who was recently appointed CEO of Maersk Drilling, effective November 7. Karstensen joined the Maersk Group in 1986 and has had led a 30-year-career with the company in procurement, logistics, supply chain, in-house consultancy and other cross-functional areas.

Maersk Drilling delivered a profit of USD 218m (USD 117m) in the second quarter of 2015. The result was positively impacted by continued strong operational performance, fleet growth, general cost savings and a USD 29m payment related to the divestment of the Venezuelan activities in 2014. The result was negatively impacted by three rigs being idle. The underlying profit for the quarter was USD 189m (USD 117m) generating a ROIC of 10.6% (7.2%). “We are very pleased with the result given the adverse market conditions.

Cabinda Gulf Oil Company Limited, a Chevron subsidiary in Angola, has extended the current contract for the ultra deepwater semi-submersible Mærsk Deliverer expiring in June 2015 by two years. Mærsk Deliverer has since 2012 been working for Chevron and its partners on the Tombua Landana field offshore Angola. With the contract extension the rig will be on contract until June 2017. The estimated revenue potential from the two-year contract extension is USD 387m plus compensation for cost escalations over the contract period.

Petronas Carigali, the Exploration and Production subsidiary of the national oil company in Malaysia, has extended the contract for the jack-up rig Maersk Convincer by one year. Consequently, the rig will be on contract with Petronas until mid-November 2015. The estimated revenue potential from the one-year contract extension is USD 56 million. “We are very pleased to continue working with Petronas Carigali and see this extension as a further strengthening of our relationship.

Maersk Drilling Fast Out of the Blocks in 2013

Maersk Drilling release its financial summary statement for year 2012. With high contract coverage for the coming years and the delivery of seven new large rigs in 2013-2015, Maersk Drilling says it is on track towards to reach its target of a profit of USD 1 billion by 2018. The full year result for 2012 was, however, negatively impacted by costly start-up issues on two drilling rigs. Maersk Drilling’s profit for 2012 was USD 359 million compared to USD 488 million in the record breaking year 2011.

In its interim third quarter financial report the company says it remains on track to attain its long-term profit target. Maersk Drilling’s profit in the third quarter 2012 was US$ 87-million compared to US$ 139-million in the third quarter of 2011. The latest quarterly result was negatively impacted by two delayed start-ups and maintenance yard stays for two drilling rigs. With the recent US$ 700-million contract for the second newbuild drillship and a high forward contract coverage…

Maersk Drilling takes the first challenging step into deepwater drilling in West Africa, 'Maersk Deliverer' voted 'Rig of the Month'. Maersk Drilling has entered Angola for the first time and after only one full month in operation for Cabinda Gulf Oil Company Limited, local setup of Chevron Angola, the Mærsk Deliverer has been awarded 'Super Rig of the Month' amongst the six rigs the oil company is operating in Angola. West Africa, such as Angola, is believed to have one of the largest ultra deepwater oil reserves in the world… 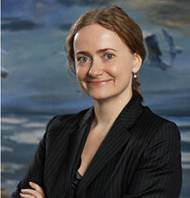 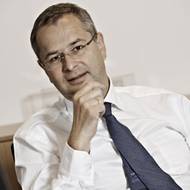 Keppel FELS Ltd (Keppel FELS) delivered the third DSS 21 deepwater semisubmersible (semi) drilling rig to Maersk Drilling (Maersk) 43 days ahead of schedule and with a perfect safety record, garnering a bonus of $400,000. Mr Claus V. Hemmingsen, CEO of Maersk Drilling said, “The Maersk-Keppel partnership, spanning a decade, has achieved considerable milestones together. “Now, with the addition of Maersk Deepwater Semi III, our high-specification DSS 21 rig fleet which is in the…