Appetite for UAE global port operator DP World's $9bn loan financing is expected to weaken due to market turmoil caused by the coronavirus, bankers said.The loan was fully underwritten by Citigroup and Deutsche Bank, and went out to a wider group of DP World’s relationship banks in senior syndication, which closed at the end of last week, one of the bankers said.These banks included Abu Dhabi Commercial Bank, MUFG, Emirates NBD, First Abu Dhabi Bank and HSBC, a second banker said.“Senior…

Denmark-based energy giant successfully issued green hybrid capital securities for €600m ($660m) to refinance existing securities issued in 2015.The latest issue will have a maturity in 3019 and first call option after eight years, the Danish energy company said.Investments undertaken by Ørsted A/S in green renewable energy projects will be allocated to the new issue corresponding to the amount issued in accordance with Ørsted’s Green Finance Framework, which has received a second opinion with a Dark Green shading from Cicero.Ørsted A/S is rated Baa1…

Leading ports, banks, oil and shipping companies on Monday launched an initiative which aims to have ships and marine fuels with zero carbon emissions on the high seas by 2030, in another step by the maritime sector to reduce CO2.International shipping accounts for 2.2% of global carbon dioxide (CO2) emissions and the U.N.'s International Maritime Organization (IMO), has a long-term goal to cut greenhouse gas emissions by 50% from 2008 levels by 2050.Achieving this target will… 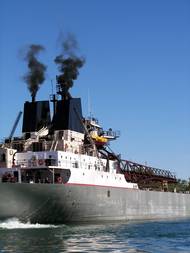 Citigroup's veteran shipping finance banker Michael Parker is to become chairman of the bank's shipping & logistics business, a role which will include bolstering the lender's environmental focus in the sector, Citi said on Thursday.In June, Citi was among a group of leading banks who signed up to environmental commitments known as the "Poseidon Principles."These will for the first time integrate efforts to cut CO2 emissions into banks' decision making when providing loans to shipping companies.The initiative highlights how businesses are having to respond to moves by investors around the worl

A group of leading banks will for the first time include efforts to cut carbon dioxide emissions in their decision making when providing shipping company loans, executives said on Tuesday.International shipping accounts for 2.2% of global carbon dioxide (CO2) emissions and the U.N.'s International Maritime Organization (IMO), has a long-term goal to cut greenhouse gas emissions by 50% from 2008 levels by 2050.Working with non-profit organisations the Global Maritime Forum, the Rocky Mountain Institute and London University's UCL Energy Institute…

Steve Dawson and Alex Karakassis have been appointed Managing Directors of HANSA HEAVY LIFT GmbH, taking over from outgoing Chief Executive Officer (CEO) Roger Iliffe, with immediate effect. Dawson will oversee HANSA HEAVY LIFT’s engineering, technical, and operational activities, and Karakassis, who remains Chief Financial Officer (CFO), will oversee the company’s commercial and financial activities. Both have been with HANSA HEAVY LIFT since its inception in 2011. Roger Iliffe has left in order to focus on independently pursuing other opportunities.

International law firm Watson Farley & Williams LLP (“WFW”) advised long-standing client Teekay on the successful completion of financing initiatives for Teekay Corporation and Teekay Offshore Partners LLP (“TOO”). This included assisting TOO on US$400m of secured bank financing and the raising of US$200m in fresh equity capital along with the deferment of certain bond maturity dates, whilst parent company Teekay Corp completed US$350m of bank financing and raised a further US$100m in equity capital.

Seaspan Corporation announced today that David Spivak is joining the Company as its Chief Financial Officer, starting May 2, 2016. Mark Chu will continue to serve as interim CFO until David's arrival, whereupon Mark will continue in his current roles as Vice President, Corporate Development and General Counsel. David has over 20 years of corporate finance and global capital markets experience. From 1995 to 2012, he worked at Citigroup, serving in various roles, including as a…

Some cash-strapped U.S. oil and gas companies are considering creating an unusual layer of debt as a way of surviving the rout in oil and gas prices, according to restructuring advisors. Chesapeake Energy Corp for example is considering the strategy to swap some of its roughly $9 billion debt. Severely distressed companies may issue so-called 1.5 lien debt, sandwiched between the first and second liens, to raise new capital. Investors with a stomach for risk would get a better yield than for the top debt, and have a stronger claim than junior creditors if the company filed for bankruptcy.

German container carrier Hapag-Lloyd is looking to sell shares for a total US$500 million, and will seek listings in Hamburg and Frankfurt before the end of 2015. Hapag-Lloyd has confirmed that it is preparing for a US500 million initial public offering (IPO) this year, with the expectation that it will use some of the proceeds to order ultra large containerships. "This move will give us better access to the capital markets which will enable us to further invest in our business to become more competitive," Reuter quoted Hapag-Lloyd Chief Executive Rolf Habben Jansen as saying.

Phibro, the storied energy trading firm run by famed oil investor Andrew Hall, is winding down in its current form, laying off some U.S. employees and pursuing a sale of some overseas operations, sources said on Tuesday. The divestment by Occidental Corp, which bought Westport, Connecticut-based Phibro from Citigroup Inc five years ago, will allow Hall to focus more squarely on his $3 billion Astenbeck hedge fund, one of the world's largest oil-focused funds. One source familiar with the matter said around a dozen U.S.

Caterpillar Inc. Vice President with responsibility for Strategic Services Mike DeWalt and Director of Investor Relations Rich Moore will speak at the Citi 2014 Industrials Conference on Tuesday, September 23. scheduled to speak at 2:45 p.m. Eastern Time. The presentation materials will be available at caterpillar.com/presentations. The event will be webcast in real-time and available to the public at http://www.veracast.com/webcasts/citigroup/industrials2014/09210239792.cfm. 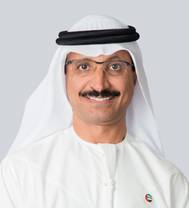 DP World took advantage of strong market conditions and scarcity value to raise a $1 billion convertible bond with a ten year lifespan on Thursday, in order to fund growth opportunities and diversify its funding sources. The issue is a rare example of an international convertible bond from a Middle Eastern company and comes at a time when convertible bonds have drawing investors' attention following a spate of issuance by European firms. Pricing for DP World's debut convertible…

Italy's Fincantieri said on Tuesday it had filed a request to list its shares on the Milan bourse, as state lender Cassa Depositi e Prestiti (CDP) moves to offer private investors a minority stake in the ship building company. The disposal of Fincantieri - wholly owned by CDP, which in turn is controlled by Italy's treasury - is part of a new wave of privatisations the Rome government announced at the end of last year. Banca IMI, Credit Suisse, JPMorgan, Morgan Stanley and UniCredit CIB are global coordinators of the offering.

Volume of EUR 250 million / Coupon at 7.75% / Bond was several times oversubscribed. Hapag-Lloyd AG has successfully placed a bond with a volume of EUR 250 million with institutional investors. The bond with a maturity of five years has a coupon of 7.75% and was several times oversubscribed. The emission price was 100.00%. The proceeds of the bond will be used for general corporate purposes including refinancing of outstanding indebtedness (approx. EUR 200 million), and for early redemption of parts of the existing Senior Notes due 2015 (approx. EUR 50 million).