European Shipping Week will take place in Brussels from February 27 to March 2, and there delegates will focus on the correct packing of Cargo Transport Units (CTUs) and the safety issues that result from poor work practices. The Secretary-General of the International Maritime Organization (IMO), Kitack Lim, and Magda Kopczynska from the European Commission’s DG MOVE, which is the directorate responsible for freight transport safety within the EU, will join industry leaders to speak at a seminar on Monday, February 27.

Are You Ready for Container Weighing?

Hutchison Ports (UK) Limited in its latest ship2shore Magazine takes a look at methods of weighing containers. Half a century after containerization first emerged to transform the world of shipping, a landmark new regulation is on the horizon. From 1 July 2016, an amendment to the SOLAS (Safety of Life at Sea) Convention will require every packed export container to have its weight verified before it is loaded on to a ship. The new regulation puts this responsibility firmly on the shipper – but how many shippers are actually ready for container weighing?

Tomorrow 23rd June international law firm Hill Dickinson LLP will be holding  its UK Ports Conference focusing on ‘The Future of UK Ports: changing regulation, shipping trend updates and new opportunities in the supply chain’. The 7th Annual UK Ports Conference will allow senior representatives from across the ports, shipping and maritime sector to network and discuss policy updates, shipping trends and the latest logistics and supply chain guidance. The day will also look at…

The Global Shippers Forum (GSF) has joined forces with the Baltic International Maritime Council Organisation (BIMCO) to launch the BIMCO/GSF SERVICECON container shipping contract. GSF is a NGO inaugurated in the UK four years ago but which represents international shipping organisations around the globe, and BIMCO is also an NGO which includes thousands of shipowners and operators worldwide in its membership. The contract details were announced at the 2015 Containerisation International…

The EGS management has gathered in Singapore to conduct the christening and blessing ceremony of the RV Geo Resolution, the latest addition to EGS’ fleet of deep water capable hydrographic and geophysical survey vessels, said a press release from the company. The ceremony has taken place at the Sembawang Shipyard, where the vessel was equipped and readied for her forthcoming survey duties. EGS purchased the 68m long RV Geo Resolution (formerly HMNZS Resolution) from the Royal New Zealand Navy (RNZN) in October 2014.

The P3 agreement between Maersk, MSC, and CGM CMA continues to roil the waters. While the agreement’s pros-and cons are about to be scrutinized in an upcoming meeting between America’s Federal Maritime Commission, the European Competition Commission, and China’s Ministry of Transport, carriers outside the P3 are aggressively taking steps to stay competitive regardless of the regulators final decision. Hapag-Lloyd and CSAV announced 5 December they have been holding discussions on the possibility of merger or some other form of co-operation.

THE Asian Shippers' Council (ASC) renewed its attack on the UN's International Maritime Organisation (IMO) over compulsory container weight verification partly because it is hard on shippers in emerging markets. "There are millions of shippers across Asia, with different levels of maturity and different operational constraints. Cargoes have multiple modes of transport - trucks, ships and/or rail. Can you imagine trying to implement what is agreed at the IMO in such a challenging environment?" said ASC chairman John Lu. 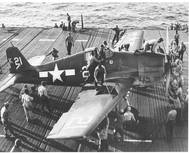 OceanGate Inc. OceanGate announced it has discovered a World War II-era Grumman F6F Hellcat plane off the coast of Miami Beach. The plane was found during one of an ongoing series of dives in which OceanGate has been using its Teledyne BlueView high-frequency sonar and high-definition photo and video equipment to gather data pertaining to the artificial reefs in Miami-Dade County waters. Recognizing the potential historical and military significance of the find, OceanGate contacted officials at both the Smithsonian Institution and the U.S.