On June 18, 2015, the Chesapeake Bay Maritime Museum (CBMM) recognized a team of more than 275 volunteers for their combined 28,235 hours of service toward the museum over the last year. Several volunteers were recognized by CBMM staff for their work in advancement and membership, boat restoration and maintenance, boat donations, buildings and grounds, education, finance and administration, museum store and events and volunteer programming. The reception was sponsored by Garden & Garnish of Trappe, Md. 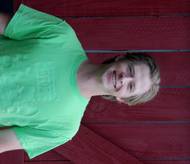 Chris Baden of St. Paul, Minnesota has joined the Chesapeake Bay Maritime Museum (CBMM) as a shipwright apprentice. Baden begins his apprenticeship working on the 1889 sailing log-bottomed bugeye, Edna E Lockwood. Baden recently attended The Landing School’s wooden boatbuilding program in Arundel, Maine, where he mastered the fundamentals of constructing both traditional and contemporary wooden boats. Prior to attending The Landing School, Baden spent four and a half years working in information technology for the U.S. Coast Guard. 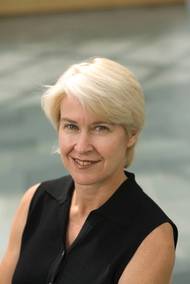 The Chesapeake Bay Maritime Museum (CBMM) has announced that Kristen Greenaway of Durham, NC will serve as the fifth President of the 49-year old non-profit institution. Current CBMM President Langley Shook announced his retirement in late 2013, and will remain on board until Greenaway’s start, which is anticipated in early July. Greenaway brings a wide range of professional experience to the position, including a core background leading non-profits in a development capacity.

The Chesapeake Bay Maritime Museum (CBMM) has announced ByalaSearch will lead the nonprofit’s search for its next president. The boutique firm specializes in executive search and placement in the nonprofit and education sectors. In December, Langley Shook announced his intention to retire as CBMM’s President. Shook became CBMM’s fourth President in 2009 after serving on the museum’s Board of Governors for one year. He accepted the position with a five year commitment, shortly after retiring as a partner with Sidley Austin from nearly 35 years of law practice in Washington, D.C.

Brooke Ricketts of Centreville, Md. has joined the Chesapeake Bay Maritime Museum (CBMM) in St. Michaels, Md. as a shipwright apprentice. Rickett’s apprenticeship begins with restoration work on the historic skipjack Rosie Parks. Ricketts experience includes working in the carpentry and corporate management fields. After his apprenticeship, he will be enrolled in a nine-month boatbuilding program at the Boat Building Academy in Lyme Regis, England. In his youth, Ricketts was introduced to CBMM through his family’s membership… 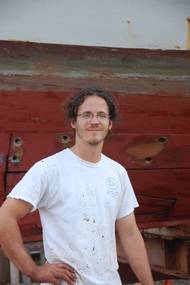 Shane Elliott of Knoxville, TN and Joe Larochelle of Quebec, QC have joined the Chesapeake Bay Maritime Museum (CBMM) in St. Michaels, MD as shipwright apprentices. Elliott recently completed a nine-month diploma program at the Northwest School of Wooden Boatbuilding in Port Hadlock, WA. He holds a bachelor’s of architecture degree from the University of Tennessee’s College of Architecture and Design in Knoxville. Elliott’s apprenticeship begins with the restoration project of the skipjack Rosie Parks.

“Push and Pull: Life on Chesapeake Tugboats,” opens as a new exhibit on Saturday, April 21 in the Steamboat Building of the Chesapeake Bay Maritime Museum (CBMM) in St. Michaels, MD. The Chesapeake is a highway for tugs and barges, and for the large ships aided by tugs in port. The exhibit explores the lives of the men and women who work on these tugboats and the variety of ways tugs are used around the Chesapeake. In addition to interactive displays along with the images and stories of life on tugboats…

In recognition of her upcoming centennial, the tug Delaware is now being restored to her 1912 appearance in full public view at the Chesapeake Bay Maritime Museum in St. Michaels, Maryland. Delaware is a rare example of a typical early 20th century wooden river tug. Built in 1912 in Bethel, Delaware by William H. Smith, the Chesapeake Bay Maritime Museum’s tug Delaware measures 39’8” x 11’4” and is now a floating exhibit at the museum’s waterfront campus. Delaware is a product…