Ireland-based tanker shipping company Ardmore Shipping Corporation confirmed Tuesday that it received and turned down an unsolicited acquisition proposal last month from larger competitor Hafnia Limited.BW Group's Hafnia said it sent a letter on June 19 to the chairman of Ardmore's board outlining its proposal and inviting discussion regarding an all-stock transaction.Ardmore, which owns and operates a fleet of medium range (MR) product and chemical tankers ranging from 25,000 to 50…

South Korean shipbuilder Hyundai Mipo Dockyard (HMD), a unit of Hyundai Heavy Industries (HHI), has confirmed the KRW 110 billion ($100m) newbuilding order for four units of 1,800 TEU container carriers from Taiwanese shipping line Evergreen Marine Corporation.The world's No. 1 shipbuilder specializing in medium-sized ships such as product/chemical tankers, car carriers, LPG & LNG carriers, and asphalt carriers, said that The vessels, each of which will have a length of 172 meters…

Greece-based international ship-owning company TOP Ships has acquired two ultra-high specification scrubber-fitted 50,000 dwt Medium Range (MR) product/chemical tankers under construction at Hyundai Mipo Dockyard Co., Ltd. in South Korea.The tanker owner stated in a press release that  it has acquired 100% of the issued and outstanding shares of Santa Catalina Inc. and Santa Monica Inc., which are Marshall Islands companies that have originally entered into new building contracts for the two tankers.The MR tankers are scheduled for delivery during February 2020…

CMBFL Sells and Lease Back 20 Tankers

CMB Financial Leasing (CMBFL) sign a $415.6 million sale and lease back transaction of 20 chemical tankers with Stolt Tankers, a UK-based provider of transportation and storage for liquids, notably specialty and bulk liquid chemicals, the proceeds of which were used to refinance certain debt secured on the vessels.Watson Farley & Williams (WFW), the international law firm based in London, has advised on this transaction. The leases were of a hybrid nature combining elements of both financial and operating leases.Founded in 2008… 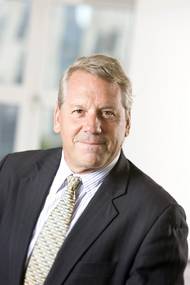 Navios Maritime Acquisition Corporation, the provider of transportation of petroleum products (clean and dirty) and bulk liquid chemicals, announced that its fleet consisted of a total of 41 vessels as of November 7, 2019.The owner and operator of tanker vessels said that out of 41 vessels, 13 are very large crude carriers (VLCCs) (including three bareboat chartered-in VLCCs expected to be delivered in the third and fourth quarters of 2020 and the third quarter of 2021), 26 are product tankers…

The LNG tanker Ramelia has been delivered to the chemical tankers in Northern Europe Rederi AB Älvtank, becoming the sixth of eight vessels ordered in the Gothia Tanker Alliance series.The vessels are built on a design where FKAB Marine design, in great cooperation with the owners Furetank, Älvtank and Thun Tankers and together with Avic Dingheng Shipbuilding Co. Ltd., have been involved from the first sketch all the way to Detail Design.This design is an ice class 1A environmental friendly tanker…

The Panama Canal Authority (ACP) held Tuesday a public hearing on the proposed modifications of its toll structure which culminated the period for receiving inquiries from the industry.The agency of the government of Panama responsible for the operation and management of the Panama Canal recently published a proposal to modify its current tolls structure for the dry bulk, passenger, containership, vehicle carrier and RoRo segments, as well as tankers, chemical tankers, LPG and LNG vessels…

The seas off West Africa's coastline are now the most dangerous in the world for shipping, the International Maritime Bureau’s (IMB) latest report revealed.According to the report, of the 75 seafarers taken hostage onboard or kidnapped for ransom worldwide so far this year, 62 were captured in the Gulf of Guinea – off the coasts of Nigeria, Guinea, Togo, Benin and Cameroon.The IMB Piracy Reporting Center (IMB PRC) recorded 78 incidents of piracy worldwide and armed robbery against ships in the first half of 2019, compared with 107 incidents for the same period of 2018. 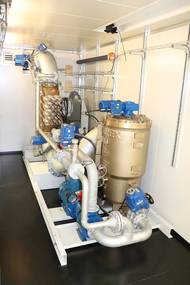 NewbuildingSince the beginning of the year, 100 newbuild orders have been placed across the tanker sector. This is a considerable amount lower than the same period last year, when 140 vessels were placed. It is no surprise to see the Greeks lead the way with the highest number and largest vessels ordered, but hot on their heels are the likes of Eastern Pacific and Ocean Tankers, the Singaporean owners ordering the clean trading vessels.Norwegian companies Hunter Group and Knutsen NYK Offshore buy few but spend a lot.

The Panama Canal published a proposal to modify its current tolls structure for the dry bulk, passenger, containership and vehicle carrier and RoRo segments, as well as tankers, chemical tankers, LPG and LNG vessels, the intra-maritime cluster (local tourism segment) and minimum tolls (small vessels).According toa press release from the Panama Canal Authority (ACP), the announcement marks the beginning of a 30-day formal consultation period for industry feedback, which will close on July 15…

Tanker ship operator Uni-Tankers, part of the USTC group, has appointed Per Ekmann as its new CEO. “I’m both happy and proud to have the opportunity to lead the way forward at this important stage in the company’s history. Uni-Tankers is based on proud and strong values, and with the recent implemented changes, the foundation is in place to realise our strategy together with our skilled employees,” said Per Ekmann. In future, the Uni-Tankers Executive Board will comprise Per Ekmann, CEO, and Thomas Thomsen, CFO.

GasLog and GasLog Partners announced that Paolo Enoizi has been appointed as Chief Operating Officer (COO) Designate of GasLog and GasLog Partners.Paolo, who will be based in Piraeus, Greece, will take up his role in August 2019 and initially work alongside current COO Richard Sadler to ensure a smooth transition of responsibilities.On joining GasLog in August 2017 and in addition to his day-to-day responsibilities, Richard indicated his desire to work with the rest of the senior leadership team to identify a long-term successor for the COO role.

US-based tanker owner Diamond S Shipping Inc. said it has appointed Kevin M. Kilcullen as its new Chief Financial Officer.Kilcullen comes to Diamond S from Oslo-listed chemical and product tanker owner/operator Team Tankers International Ltd., where he served as CFO for three years. Prior to that, he was CFO at Principal Maritime LLC, a private equity backed owner of crude and chemical tankers.Diamond S Shipping Inc. expects to become an NYSE-listed company with the closing of its combination with the crude and product tanker business of Capital Product Partners L.P. later this month.

Navig8 Chemical Tankers  entered into sale and leaseback agreements with ICBC Financial Leasing for four ships.The tanker company focuses on the maritime transportation of Chemicals worldwide said in a press release that the net proceeds from the transaction of four of the Company’s IMO2 37,000 DWT Interline coated tankers  were $94,710,000.A portion of the proceeds was utilized to repay existing loans used to finance the Vessels’ newbuilding contracts under the multi-bank loan facility announced by the Company on February 3…

Japanese shipping giant MOL's Chemical Tankers unit has agreed to take full control of Triton-owned Nordic Tankers. The deal expected to close in February 2019.Denmark-based Nordic Tankers said in a press release that its current sole shareholder Triton agreed to sell and deliver 100% of shares to MOL Chemical Tankers (MOLCT) and MOLCT buys and takes delivery of 100% of shares of NT from Triton, in each case together with all rights attached to them on and with effect from the…

The Port of Rotterdam Authority will widen and facilitate the Green Award discount for sea-going shipping from the start of 2019.The discount will encourage safe and green shipping in the liquid bulk segment. From 2019 onwards, certified chemical tankers and sea-going vessels with a cargo capacity (DWT) of less than 20,000 tons may also make use of the scheme.Also new for 2019 is that the Port Authority is making the port dues process more customer friendly for shipping lines whose vessels call at the Port of Rotterdam.

Product and chemical tanker operator Ardmore Shipping has chosen SEDNA as its new email management and team collaboration platform for their global commercial desks, including operations, chartering and commercial finance teams.According to Ha Eun Ruppelt, Ardmore Shipping’s Commercial Project Manager, the decision to choose SEDNA began with the organization’s commitment to achieving the same high standards of efficiency and operational performance in its commercial activities…

A New Age for Norwegian Shipping

It’s about more than maritime. Harald Solberg, CEO of the Norwegian Shipping Association, sees a world of opportunity from his office overlooking Oslo. Here he talks markets, innovation, ocean developments, and even rubbish. Norway, he believes, has a leading role to play.Harald Solberg is 42, but looks younger. Hearing him outline a career that has so far taken in politics, media, the Norwegian Royal Palace, and, of course, shipping, is a little surreal. For a moment one wonders who he’s talking about – his boss…