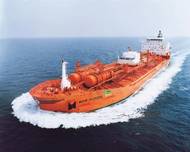 Despite a shift in demand in the chemical shipping sector, Navig8 Chemical Tankers ended the fourth quarter ended 31st December, 2017 with a widened net loss of USD 3.7mln. Revenue for 4Q17 was $43.3 mill, compared to $33.9 mill for 4Q16. “The chemical tanker market began to show signs of improvement in the fourth quarter led by stronger demand in the chemical sector and tightening in the MR product tanker market,” said CEO Nicolas Busch. “With our fleet fully delivered, we are…

Chemical tankers are sailing into another challenging year, according to the London based chemical carrier, tank container and terminals group Stolt-Nielsen's Chief Executive Officer, Niels G. Stolt-Nielsen. "Our outlook for the first half of 2018 remains essentially unchanged. We do not anticipate any substantial improvement in the chemical tanker market until 2019 when the orderbook reduces and the supply/demand balance improves," he said. Niels added: "For Stolthaven Terminals…

Team Tankers International Ltd. (TEAM) said that the company has agreed to sell the Tour Margaux (8,674 dwt, built 1993). The transaction closed and the ship was delivered to the buyer in July. The vessel is classified under Vessels Held for Sale as of June 30, 2017. Subsequent to the quarter, the Company sold the Sichem Dubai (12,888 dwt, built 2007) immediately prior to its upcoming special survey. To replace the capacity, the Company time chartered the Leon M (12,959 dwt, built 2008) in July. 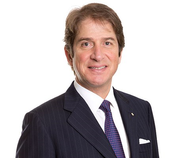 The Board of Directors of Heidmar has announced the appointment of Hans van der Zijde as Heidmar's new Chief Executive Officer. Mr. van der Zijde graduated from the Nautical Academy of Rotterdam in 1985 and subsequently studied Maritime and Logistic Management there, graduating in 1992. Mr. van der Zijde has worked for and held management positions in leading shipping companies in Europe, South Africa and Asia. He has overall experience across most of the shipping segments, including tankers, and containers and short-sea.

Tankship & terminal storage owners/operators Odfjell also noted significant losses at their Rotterdam terminal in its Q4 2012 report. Jan A. The chemical tanker market improved seasonally towards the end of the year. Volumes shipped remained on par with the previous quarter. Earnings on a time-charter basis were up 7.8% compared to third quarter. Freight rates per tonne shipped increased by about 10%. The average price on bunkers purchased in the quarter remained high. In fourth quarter…