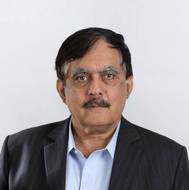 Indian Register of Shipping (IRClass) has received authorization as a Recognized Organization from the U.S. flag administration, a recognition which delegates authority to IRClass to undertake statutory survey and certification services on US flag ships on behalf of the administration.IRClass has its presence in the US through its office in Houston for around a decade and aims to explore additional business opportunities in the region.

In order to enable crew changes, the Government of Jamaica (GOJ) has listed seafarers among the class of “essential workers” under its Disaster Risk Management Act and has put in place measures to speed up the transit of registered seafarers through its borders.An estimated 600,000 seafarers are waiting for crew changes – 300,000 on vessels and 300,000 waiting to embark – according to the International Transport Workers Federation (ITF). Many of those on board have been working for up to four months past their contracted dates while those waiting to embark are typically not receiving wages…

MSC Cruises, a global cruise line registered in Switzerland and based in Geneva, has held a steel-cutting ceremony for its first new-generation World-Class ship at the Chantiers de l'Atlantique shipyard in Saint-Nazaire, France.The first of five liquefied natural gas (LNG) powered cruise ships on order, MSC Europa is the first LNG ship to be built in France.On the occasion of the cutting of the first steel ceremony held in Saint-Nazaire, MSC and Chantiers de l’Atlantique unveiled…

Korean Register (KR) has completed a comprehensive cyber security survey of the chemical/oil tanker SONGA HAWK and has certified the ship to be fully compliant in all areas, the very first ship to achieve the certification.Songa Ship management manages and operates 18 chemical/oil tankers and five semi-submersible vessels. The company signed a cyber security contract (valid for five years) with KR in 2018, covering its fleet of 23 vessels.KR conducted a cyber security audit of Songa Ship management and certified the company to be fully compliant in all areas in 2019…

More than 230 students received their degrees from SUNY Maritime College last week, the largest class in the college’s 142-year history. In addition to giving the students their bachelor’s degrees and U.S. Coast Guard licenses, the college also gave an honorary doctorate to Chris Wiernicki, president and CEO of the American Bureau of Shipping. Wiernicki gave the commencement address, giving advice to the students about how to be leaders. “The only difference between you and me is 36 years,” said Wiernicki. “In the context of that, I want to talk to you about leadership.

ABS Group anticipated the update to Circular A-123 from the United States (US) Office of Management and Budget (OMB) requiring US executive departments and agencies to adopt enterprise risk management (ERM), and has expanded its suite of ERM advisory solutions aimed at risk-informed decision making and mitigation strategies. To help organizations comply with the new guidance and manage their risk exposure, ABS Group provides a suite of advisory resources and proprietary risk management tools through the Company's safety, risk and compliance services business unit.

The U.S. Coast Guard and DNV GL have signed a memorandum of agreement (MOA) authorizing DNV GL to participate in the Alternate Compliance Program (ACP) and delegated certain survey and certification services for U.S. flagged vessels. This delegation and MOA, signed by Rear Adm. Paul Thomas, assistant commandant for prevention policy, and Captain Blaine Collins, DNV GL vice president of group government and public affairs for the U.S., supersedes the agreements previously executed by DNV and the Coast Guard on August 4, 2006, and GL and the Coast Guard on September 7, 2011.

ABS, a leading provider of classification and technical services to the marine and offshore industries, formed a joint venture with Notabene Classification Limited to offer regulatory and technical support services, including key classification services to the upstream oil and gas market in Ghana. “This joint venture is an important milestone and demonstrates our strong commitment to advancing safety in all parts of the globe,” said ABS Executive Vice President, Global Offshore, Kenneth Richardson. 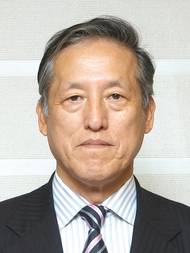 Seaworthy Ltd. A new service provider for marine equipment manufacturers and system developers has entered the industry. Seaworthy Ltd. specializes in marine approval and certification services, such as type approval and system certification, offering a wide range of services, including pre-tailored service packages and bespoke consultancy. Examples of Seaworthy’s services include assistance in marine equipment and system certification, including development and testing. Seaworthy is based in London and the South of UK, serving international clients.

RINA Services and the Asian Classification Society (ACS) recently classified the first two general cargo ships at 15,000 GT owned by IRISL, a major shipping company in Iran. This dual classification is the result of a partnership signed with the Tehran-based ACS shortly after sanctions in Iran were lifted. RINA Services’ marine classification in this area reflects Italy’s strong commitment to forging long-standing relationships with countries in the Middle East and now in Iran in particular. “All classification societies are trying to enter the Iranian market.

ClassNK has announced the acquisition of Victoria, Canada-based maritime software company Helm Operations. The deal was hailed by both parties as two world-class companies joining forces to improve safety and operational efficiency in the marine industry, while greatly enhancing the success and capabilities of both organizations. Tokyo-based ClassNK is one of the world’s largest classification societies, providing safety and certification services for more than 8,600 ships, representing about 20% of the global merchant fleet.

RINA Services and the Asian Classification Society (ACS) recently classified the first two general cargo ships at 15,000 GT owned by IRISL, a major shipping company in Iran. This dual classification is the result of a partnership signed with the Tehran-based ACS shortly after sanctions in Iran were lifted. RINA Services’ marine classification in this area reflects Italy’s strong commitment to forging long-standing relationships with countries in the Middle East and now in Iran in particular. “All classification societies are trying to enter the Iranian market.

Kongsberg Maritime has entered a partnership with class society DNV GL to issue Product Certificates for Maritime Simulator Systems required by maritime training providers in order to meet flag state requirements under STCW regulation I/12. The partnership enables KONGSBERG to support training providers with an expanded scope of supply with support for mandatory requirements, whilst enabling DNV GL to reduce the overall cost of its certification services for training centers.

The Nautical Institute informs it is is enhancing its sector management structure with the creation of a new role with overall responsibility for business development, personnel and product management of a key department, reflecting the increasing demand from industry for training services. It is currently recruiting for the new post of Chief Operating Officer, whose main responsibilities will include but will not be limited to taking the accreditation and certification department into a strategic position within the industry.

Chairman and President: Noboru Ueda of ClassNK announced the establishment of a new Renewable Energy Department. This new department which began operations on 1 October 2014 will oversee a diverse range of activities related to renewable energy, including audits and certification of new technologies. While ClassNK has previously provided certification for wind turbines, vast technological advances have made it possible to practically harness the power of alternative energy sources such as wave power, tidal power, and ocean thermal energy conversion.

ClassNK Gets Authorization from Canadian Flag

Leading classification society ClassNK has received authorization from Transport Canada to carry out statutory surveys on Canadian-flagged vessels on behalf of the Government of Canada. ClassNK has maintained a presence in Canada since the establishment of its Vancouver Office in 1995, now one of nine exclusive survey offices maintained by ClassNK across the North American region. As a result of the authorization ClassNK will now be able to carry out surveys, audits, and issue certificates for SOLAS, MARPOL, Load Line and other international conventions for Canadian-flagged vessels.

Leading classification society ClassNK has announced the expansion of its Veracruz Office in order to better support the growing offshore oil industry in the Gulf of Mexico. The expansion will increase the survey capabilities and management of the Veracruz office in response to growing demand from the offshore sector in the region. The liberalization of Mexico’s offshore industry is driving increased interest in Mexico’s growing offshore sector. Over the past year, a number of…