A new notation and new guidance launched by ABS amid the COVID-19 pandemic aims to help marine and offshore operators reduce transmission of disease, the classification society said Tuesday.The ABS Guide for Mitigation of Infectious Disease Transmission On Board Marine and Offshore Assets details how the physical arrangement of a marine or offshore asset can act to mitigate transmission of infectious diseases, and, in an industry first, introduces a new notation indicating compliance…

A new model aims to help commercial and public organizations resume operations safely as restrictions around the COVID-19 pandemic begin to ease.Building on guidance from the Centers for Disease Control and Prevention (CDC) and the Occupational Safety and Health Administration (OSHA), ABS Consulting said its Restart Risk Model offers a way for organizations to systematically evaluate the risk of disease transmission to their sites, operations and work areas, and develop a plan… 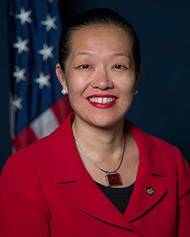 Christopher A. Hart’s term as Chairman of the National Transportation Safety Board concluded on schedule Wednesday and Vice Chairman Bella Dinh-Zarr will serve as the agency’s acting chairman. Hart will remain at the NTSB, applying his transportation safety expertise in the capacity of a board member. The NTSB has five board members, each nominated by the President and confirmed by the Senate to serve five-year terms. By statute, a board member is designated by the President as Chairman and another as Vice Chairman for two-year terms. The Chairmanship requires separate Senate confirmation.

At least 204 passengers and crew onboard Crown Princess voyage have contracted norovirus, according to federal health officials. This is the first cruise ship outbreak of 2016. The cruise, a Princess Cruises, just returned to Los Angeles following a two week cruise from January 3 - 18, 2016. 180 of the 3,060 passengers (5,88 %) aboard the cruise ship were sick with symptoms of vomiting and diarrhea. 24 of 1,168 crew members (2.05%) became ill with gastrointestinal symptoms which the  Centers for Disease Control and Prevention (CDC) confirmed were due to norovirus.

Holland America Line’s ms Eurodam achieved a perfect score of 100 on a recent routine United States Public Health (USPH) inspection conducted by the U.S. Centers for Disease Control and Prevention. This achievement marks the seventh consecutive perfect score for the ship. The unannounced inspection of ms Eurodam was held Oct. 22, 2014, during a call at Boston, Mass. The ship recently repositioned cruise to Fort. Lauderdale, Fla., for its Caribbean season. “To earn a score of 100 on any given public health inspection is fantastic…

The Costa Atlantica, a member of the Costa Cruises fleet, the largest Italian travel company and Europe’s n.1 cruise line, scored full marks (100) in a recent inspection conducted by the Centers for Disease Control and Prevention (CDC) in the United States. The inspection was held on September 26 during a stopover in New York, one of the port calls of the Costa Atlantica during the latter part of her transatlantic cruise, which departed on September 16 from Savona and ended on October 3 in Quebec City (Canada).