COVID-19 has hit the vehicle carrier market hard. The world vehicle demand has dropped by c.35%. Consequently, shipping these vehicles has fallen considerably.The only order to take place earlier this year is one from NYK line for a large LCTC for $95 million.No deals have taken place since the beginning of the year, this is a figure we have not seen historically. A break of five months on the S&P side of things in the Vehicle carrier market. One of the main reasons for this low period and a fall in the values is the drop in rates for the 6…

UK-based engineering services company Babcock said that its liquefied gas equipment (LGE) arm has netted 26 orders in the LNG and liquefied petroleum gas (LPG) carrier markets so far this year.Having won 16 contracts in the LPG carrier market, plus a further 10 ecoSMRT contracts for LNG carriers so far in 2019, the company continues to thrive in challenging market conditions.Now contracted to deliver LPG Fuel Gas Supply System (ecoFGSS) on six LPG carriers in a range of sizes, including the world’s first new-build system, Babcock’s LGE business dominates the sector whilst maintaining LPG and L 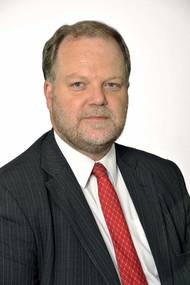 International accountant and shipping adviser BDO said total operating costs in the shipping industry are expected to rise by 2.5% in 2019 and by 2.7% in 2020.Responses to the firm’s latest annual Future Operating Costs Survey revealed that insurance is the cost category likely to increase most significantly in both 2019 and 2020. In the case of protection and indemnity insurance, the predicted increase is 2.0% for each of the years under review, while hull and machinery insurance… 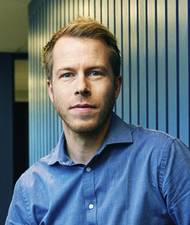 Container Rates Fall Due To Overcapacity

According to Norway-based ocean freight rate benchmarking and market intelligence specialist Xeneta, long-term contracted ocean freight rates for carriers continued their downward trend this month, however by only 0.1% globally. The company said the decline comes against a backdrop of increasing overcapacity, and that widespread blanked sailings and on-going concern over US-China relations were adding to industry uncertainty.Xeneta said that long-term rates have followed a pattern of decline since the middle of 2018…

Liquefied natural gas (LNG) shipper Golar announced that it has decided to proceed with a spin-off of its Tri-Fuel Diesel Electric (TFDE) LNG carrier business as well as to focus its activities primarily on floating liquefied natural gas (FLNG) and downstream assets.According to a stock exchange announcement, this will allow LNG shipping investors more direct exposure to the LNG shipping market and reposition Golar's core business toward LNG infrastructure on long-term contracts.Golar…

Demolition of dry bulk ships in the first four months of 2019 was 120% higher than in the same period of 2018. Much of this increase comes from demolitions of Capesize ships, up from 1.1m DWT between January and April 2018 to reach 3.4m DWT in the first four months of 2019.Despite the increasing in scrapping, the bulk carrier market, particularly on the large ship side, will remain under pressure for a number of reasons, starting with stagnant demand, from the short term shock and impact of the dam collapse in Brazil and bad weather in Australia…

Bermuda-based shipping company Teekay GP, the general partner of Teekay LNG Partners, has announced that its Board of Directors has authorized a common unit repurchase program for the repurchase of up to $100 million of Teekay LNG’s common units. Common units may be repurchased in the open market or privately-negotiated transactions or otherwise at times and prices considered appropriate by the Partnership., said a stock exchane annoucement from the marine energy transportation…

With the industry hoping for better “grades” after the “effort” of recent years, this week’s Analysis updates our half year shipping report showing a ClarkSea Index up 9% y-o-y but still below trend since the financial crisis (see Graph of the Week). After comments of “must do better” and “showing potential” in recent years, do the statistics suggest “extra classes” will again be needed over the summer holidays?Progress But No Time To Relax!Our ClarkSea Index (comprising tankers…

The Shipping Markets In 2016

In 2016, market conditions in most shipping sectors have been highly challenging, says a report by Clyde & Co, global law firm. The ClarkSea Index, an average of earnings for the main commercial vessel types, reached a record monthly low in August. In the first ten months of 2016, the index dropped 37% y-o-y to average $9,129/day. Tanker market conditions weakened considerably in the first ten months of 2016 from very firm levels at the start of the year and in 2015. Average tanker spot earnings fell from $28,483/day in January 2016 to $9,922/day in August, but have risen since.

Höegh LNG is upbeat on the group’s FSRU prospects as its profit rise comes on the back of an almost tripled average regasification flow rate on Höegh LNG’s FSRU fleet compared with the same quarter last year, owing to increased imports driven by ample supplies of LNG being available at low prices. All five FSRUs in Höegh LNG’s fleet operated in accordance with contract and without incidents during the quarter, the company said. "As a consequence of ample LNG being available at low prices…

Oslo-based LNG shipping company, Awilco LNG, reported a first quarter freight income of US$8.9 million, down from $12.1 million in the same quarter the previous year. The pure play LNG transportation provider  said that an oversupply of shipping in the carrier market, limited growth in trade and a reduced ton-mile ratio have combined to keep the LNG spot market at “unsustainable levels” for more than one year, both in terms of low utilization and depressed freight rates. "The decrease was due to a minor reduction in rates and utilisation of WilPride…

International Registries, Inc. and its affiliates (IRI) recently held its triannual Maritime Services Group (MSG) meeting, where personnel from many of IRI's 27 worldwide offices gathered to discuss the successes of the previous year and the goals and challenges of the year ahead for the Republic of the Marshall Islands (RMI) Registry. In the last year, the RMI Maritime Registry grew to over 128 million gross tons. John Ramage, Chief Operating Officer (COO), discussed the projected fleet growth in the coming years and marked 2016 as the year of innovation for the RMI Registry.

Japan's Nippon Yusen Kaisha (NYK) has posted a $277.5mln extraordinary loss in the third quarter of year ended 31 March 2016 as it reduced the book value of its fleet inline with current market prices and expectations. The extraordinary loss came after it re-assessed the recoverable value of its dry bulk vessels. In the global shipping industry, an oversupply in the container shipping market continued due to ongoing steady production of new ultra-large vessels, and freight rates in the shipping market fell to very low levels as a result of a widening gap between supply and demand.

Siem in Profit for Q3

Oslo-listed Siem Shipping reported a net profit of USD2.5 million (Q3 2014: net loss USD-0.2 million). The container lines are continuing to use very aggressive pricing strategies to win market share in the reefer segment. The specialist reefer operators continue to fight back by highlighting the superior quality of the service they provide but the margins are being squeezed. The forecasted El Niño climatic event is expected to change the banana supply mix in the coming months from Ecuador/Central America.

Japanese shipbuilder Mitsui Engineering and Shipbuilding (MES) has bought 99.36% of the outstanding ordinary shares in German designer and manufacturer of gas tanks and gas handling systems TGE Marine AG to expand its foothold within the market for medium sized multi-gas carriers. MES acquired 1,209,489 ordinary shares in TGE from Caledonia Investments plc, Gasfin Investment S.A. and Dr. Küver GbR, the partnership belonging to the CEO of TGE, for a total consideration of approximately around JPY 22 billion (EUR 164 million).

Belgian gas shipping group Exmar said on Thursday that the market for its very large and midsize gas carriers was at historically high levels in the third quarter and was expected to remain good in spite of new vessels being delivered in 2015. The group said its LNG business unit generated $8.5 million in operating profit in the third quarter, up from $7.8 million last year, while its LPG fleet saw an earnings spike to $15.6 million from $5.2 million last year mainly due to the sale of a vessel.

ABS hosted its Annual Meeting in New York on April 23, 2013. ABS Chairman, Robert D. In 2012, the ABS-classed fleet reached 193.5 million gross tons, a growth rate of more than 4% year-on-year. ABS also maintained its leading position in the global orderbook with 21% of all vessels on order designated for ABS class. With nearly 70% of all vessels aged ten years or less, ABS has one of the youngest fleets showing a strong foundation for a successful future of the organization.

Mitsubishi Heavy Industries (MHI) and Imabari Shipbuilding jointly establish the MI LNG Company, Limited. Through establishment of the JV, the two companies aim to proactively prepare a structure capable of responding to large-scale LNG carrier construction projects, which are expected to increase in tandem with expanding global demand for LNG. By combining MHI's technology development capabilities and Imabari Shipbuilding's cost competitiveness, supported further by the effective management of their respective shipyards…

Shipyards in the major exporting regions all report significant year-on-year drops in new contracting activity. For new-buildings there is no doubt that the market continues to remain challenging, particularly for the larger and more conventionally orientated facilities, observes Clarkson Hellas in its recent bulletin. With conventional demand so far being focused primarily on the mid‐sized segments of the market, those yards geared up for the larger spectrum of asset class have found 2012 a struggle.

The Carrier Car industry has emerged from the global recession with what looks like limited damage compared with the head-on collision others experienced. Drewry believes that this sector, with its small orderbook, is better positioned than most others in the shipping industry, who suffer from large newbuilding orderbooks, to weather a double-dip recession. The downturn hurt car-carrying vessels, with capacity utilisation falling significantly. Operators are now less likely to charter tonnage for long periods, instead placing an emphasis on full employment of owned tonnage.

The new Douglas-Westwood LNG report forecasts five-year facilities Capex will exceed $93 billion. A bright future is forecast for the LNG industry, as growing long-term gas demand drives major investment in global LNG facilities. The World LNG Market Report 2011-2015, from award-winning energy business advisors Douglas-Westwood (DW), predicts the Pacific basin will be the main contributor to a ten-year global investment high of $26 billion per annum by 2015. World spend is forecast to recover momentum and Capex on LNG facilities for the 2011-2015 period is expected to total over $93 billion.

In his address to the Intermodal Association of North America, the National Industrial Transportation League, and the Transportation Intermediaries Association during the Super Session, Economic Turmoil in a Sea of Financial Changes, at the 2009 Intermodal Expo and TransComp Exhibition, Chairman Richard A. Lidinsky, Jr. announced further details of the Commission's plans to undertake a comprehensive study of the impact on the U.S. trades as a result of the elimination of shipping conferences by the European Union (EU).