MacGregor, part of Cargotec, has received orders to optimise the container carrying capabilities of 31 Mediterranean Shipping Company (MSC) vessels from six different ship series. The work is designed to optimise ships' cargo system productivity and earning potential. The orders were booked into Cargotec's third and fourth quarter 2017 order intakes and deliveries are planned for completion towards the end of 2018. "Container vessels are an integral part of the whole transportation value chain…

A new collaborative research and development initiative will explore the impact of developments in autonomy for cargo ship navigation and cargo systems onboard containerships. The research will be conducted by partners MacGregor, part of Cargotec, and Rolls-Royce, who have signed a Memorandum of Understanding (MOU) for collaboration. Asbjørn Skaro, Rolls-Royce, Director Digital and Systems, said, “Rolls-Royce is pioneering remotely controlled and autonomous ships and believes…

MacGregor has carried out optimised cargo system upgrades for two 14,000 TEU container vessels owned and operated by China Shipping Container Lines (CSCL). The vessels have re-entered service following the upgrades, which have been designed to increase their actual payload capacity. MacGregor and CSCL have signed a letter of intent for similar modifications for five more vessels. The vessels were built by Samsung Heavy Industries in 2011. Their MacGregor Cargo Boost system upgrades…

IMO Secretary General Koji Sekimizu inaugurated the new Transas technological simulation complex for tanker personnel training installed at the Makarov Training Center, part of the Admiral Makarov State University of Maritime and Inland Shipping. Admiral Makarov State University is a Russian high school for education of maritime and inland professionals. With the new simulation complex from Transas, the school will expand its training portfolio by offering individual and crew training for tanker personnel…

This past summer produced an order for the world’s first very large ethane carrier (VLEC), shining the industry spotlight on a traditionally niche gas sector whose promise had grown to require a dedicated fleet of ships for intercontinental trade. Classed by ABS, the ships were ordered at Samsung Heavy Industries by India’s largest private-sector enterprise, Reliance Industries, which is aiming to capture the export opportunities presented by the shale gas boom in the United States. At the time of the order, the commodities sector had published many reports about how the U.S. 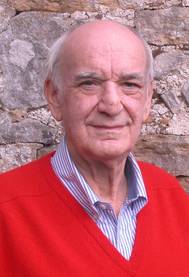 David Cheslin, maritime journalist and public relations icon died on August 5. Dunelm announced the death of its founder and Managing Director, David Cheslin. David had been in hospital for six months having undergone two liver transplants and died suddenly on the evening of Monday, August 5. David was brought up in Hartlepool on the East Coast of England. It was from there that his love of ships and shipping grew as he cycled around the shipyards of Tyneside, Gateshead and Middlesbrough.

PG-MACS Chosen by Shell and Siem for Newbuild PSV

Siem Offshore and Norske Shell signed a contract for a new dual fueled (LNG/Diesel) large-size platform supply vessel (PSV). Remontowa Shipyard /Poland will construct the vessel as their H/N 856/1.The new PSV shall commence operations in Q1/'15 for operations in the North Sea, to support offshore activities at, among others, the Draugen and Ormen Lange oil and gas fields. The under deck tank configuration shall include systems for handling of drill cuttings, in addition to liquid and dry bulk.

Tank gauging systems specialist PSM’s new iCT level pressure and temperature sensors are suitable for all ship sizes and types. The requirement for increasing amounts of reliable data on board has driven up demand for sensors. One consequence of larger manufacturing volumes has been that sensors have become relatively inexpensive. However, installation costs are another matter, and continue to rise. Today, the cost of installing a level gauging system either as a new build or a retrofit can often exceed the cost of the equipment itself.