G2 Ocean,  a joint venture of two of the world's leading breakbulk and bulk shipping companies - Gearbulk and Grieg Star, has opened a new office in Hamburg, Germany, to achieve a stronger market position, and in response to increasing demand for project cargo services.“Germany is the manufacturing and engineering capital of Europe, and by establishing a base here, we are able to further enhance our business and service offerings in the region,” Vice President Innovation/Project Cargo Leif Arne Strømmen in G2 Ocean said.G2 Ocean’s newest addition to the team…

Hamburg, India Sea Trade Up by 17%

In the 2019 first half, 106,000 TEU - 20-ft standard containers - were handled in Hamburg on direct services with Indian ports, a gain of 17 percent. This brought India up into tenth place in Hamburg’s ranking of its trading partners for container transport.With Hapag Lloyd and its partner shipowners ONE, YML and COSCO offering an additional weekly sailing from Hamburg on the IEX - South-East India–Europe Express service from November onwards, the prospects for further growth are good.Ten liner services link the Port of Hamburg with India.

India and Maldives signed a Memorandum of Understanding (MoU) on Passenger and Cargo Services in Male, Mansukh Mandaviya, the Minister of State for Shipping said in the Parliament.The objective of the MoU is to improve people to people contact between the two countries by providing an alternate, direct and less expensive means for transport for passengers and goods. It also aims to advance economic, social and cultural ties between the two countries.Mandaviya informed  that the…

The recently signed smart carrousel plan in the Waalhaven is expected to give breakbulk and heavy cargo companies space for further growth in Rotterdam’s Waalhaven.In the coming three-and-a-half years, 12 hectares of industrial site and 1,155 metres of quay will undergo a user change. The industrial sites and port infrastructure will also be renovated by the Port of Rotterdam Authority. The aim is to give an additional growth incentive to the Rotterdam breakbulk sector."This operation…

Netherlands-based  global logistics company Samskip is restructuring the multi-purpose cargo and reefer services connecting North Sea and Baltic ports to Norway operated by subsidiary Nor Lines.A press release from the company stated: "The overhaul, effective from October 1st, 2018, will meet rising demand for reefer and project cargo services southbound and increase capacity for conventional and project cargoes northbound along the Norwegian coast and beyond to Murmansk. Two existing multi-purpose service loops increase to three."In the most obvious change…

The Netherlands based logistics company Samskip announced it has upgraded Norwegian subsidiary Nor Lines’ shortsea service network connecting to Norwegian coasts.The overhaul, effective from October 1, 2018, will meet rising demand for reefer and project cargo services southbound and increase capacity for conventional and project cargoes northbound along the Norwegian coast and beyond to Murmansk, the company said. Two existing multi-purpose service loops increase to three.Capacity on the three-ship Nor Lines service between Baltic ports and Norway will be expanded to four vessels…

The European Union (EU) has signed its largest-ever free trade agreement. This aims to boost the economies of the EU and Japan. For instance, the deal will reduce Customs duties and other trade obstacles, stimulate growth and create new jobs.After checking the legal formulation of the text and translation, the agreement will be submitted to the European Parliament and EU member states for approval. Ideally, the pact, which has been in preparation since 2013, can come into force before the European elections in 2019. How could it make itself felt in the Port of Hamburg?

In 2017, the Terminal Marítima de Zaragoza (tmZ) increased its handled volume by 20 percent, to around 350,000 TEUs by rail and truck. Over the past five years, the terminal has seen volumes increase by more than 250%. Miguel Duro, Managing Director of the company, points to   the depot’s, “flexible service offering”. Following the addition of a railway siding in 2007 a private company was established  ̶  tmZ Depot Services  ̶  to operate the  terminal under a 35-year concession. APM Terminals Spain is a co-founder and holds a 45% stake in the company.

Taiwanese ocean shipping company Yang Ming Marine Transport Corporation has set up the new regional center in Mediterranean area named Yang Ming(Mediterranean) Marine Services Single-Member Limited Liability Company. The new company will start to provide services on 2nd April 2018 in Piraeus, Greece, and Mr. Ted Wu has officially been appointed as Managing Director for the first term. In light of the impressive economic growth in the Mediterranean region, Yang Ming sets up its owned company to serve as the regional center which will strengthen its presence and connect closer to Mediterranean…

It’s been called the most logistically challenging relief effort the United States has ever managed. When nearly Category 5 Hurricane Maria struck Puerto Rico, it left a wake of destruction that residents and emergency responders are still reckoning with. The road to recovery for an island like Puerto Rico is different from mainland locations. The American territory sits about 1,000 miles away from the closest city in the contiguous United States. Transportation of cargo, supplies and equipment requires specialized vessels or aircraft, even in good times. 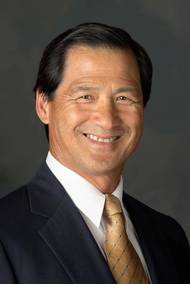 Marine and offshore vessel management and support services provider V.Group said it has acquired Graig Ship Management Ltd, part of Graig Shipping PLC, which has developed a reputation for new build supervision and ship management of dry bulk vessels. This reputation, which has its roots as part of Graig Shipping PLC’s 100 year history and is supported by a global maritime workforce, has grown steadily over the past 25 years. Graig Ship Management will continue to operate independently within the V.Group portfolio.

Anticipating further growth in maritime cargo transport by rail, experts from the rail and port sector are going for digitalization and automation. The ‘First Rail Conference on Cargo Transport by Rail and Ports’ brought together numerous experts from the railway network, rail operator, shipowning, terminal and port operation fields. The attendance of 200 filled all available seats in the conference room of the Hotel Baseler Hof. Acceptances on this scale underlined that a rail conference with the focus on freight transport and the ports has been lacking in Hamburg.

With a belief that innovation in shipping has fallen well behind other sectors, new entrant into the maritime industry Nisomar has launched a range of services for ship owners, operators, brokers, charterers and financial institutions. Nisomar said it has pioneered a method of collecting global shipping data and created proprietary technology, based upon technology that generates highly accurate business-critical data. The firm will derive insights from big data to offer analytics that support business decisions…

Cargo Services Inc., an Indiana owned and operated global freight-forwarder, announced that Andrew Hadley has joined the company as national accounts manager. In this newly created role at Cargo Services, he will be responsible for developing long-term business relationships with company supply chain leadership to provide integrated freight forwarding services that include imports and exports along with customs management and warehousing/distribution. Hadley joins the company with more than 25 years of industry experience working for NNR, a global logistics company.

Draught conditions have led the Panama Canal Authority (ACP) to set draft restrictions for vessels operating in the canal. ACP described the restriction as temporary and preventive measure due to the El Niño climate phenomenon resulting in periodic warming of the tropical Pacific Ocean. When this occurs, El Niño changes the pattern of rainfall in many regions of the planet, in this case triggering a drought in the Canal Watershed, causing water levels of Gatun and Alhajuela Lakes to fall substantially below their average for this time of year. 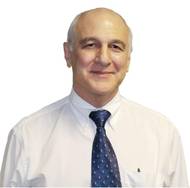 Inchcape Shipping Services (ISS)  has announced a key hire in its Cargo Solutions division. Vincent Mazzone, a dry bulk supply chain and risk management professional, has been appointed to the newly created Geneva-based role of Vice President Cargo Solutions Business Development. Mazzone joins ISS following a career in dry bulk products including coal, ore, non-ferrous concentrates and fertilizers. Working for SGS, Koch Carbon LLC and most recently as a consultant, he has for over 30 years provided supply chain management services for buyers… 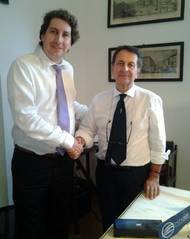 Inchcape Teams Up With Palumbo

Crowley Responds to Earthquake in Haiti

In light of the earthquake in Port-au-Prince, Haiti, Crowley Maritime Corporation's liner services group has temporarily suspended regularly scheduled cargo services to and from the country. This temporary suspension comes as port infrastructure damages are being assessed. The company is cooperating with and assisting U.S. government agencies including USAID, SDDC and other relief agencies with emergency shipments to the country. Crowley stands ready to ship emergency supplies and needed cargo as soon as port conditions allow.

Crowley Maritime Corporation, working under contract with the U.S. Transportation Command (USTRANSCOM), is unloading Haiti relief cargo in Rio Haina, Dominican Republicy. Fifty six of the 68 20-ft containers of water and meals-ready-to-eat (MREs) will be trucked across the border into Haiti. The remaining 12 loads aboard the container ship Macajama will be transported by water to Port-au-Prince, Haiti and be offloaded in an experimental lightering operation and delivered across a beach on Jan. 22. If successful, future shipments could be made directly to Port-au-Prince.