BW LPG Limited, owner and operator of LPG vessels,  said that Martin Ackermann has decided to step down as CEO at the end of this year for family reasons, after five years leading the company from Singapore.Anders Onarheim, a non-executive director of BW LPG since 2013 and former Managing Director of Carnegie, will act as interim CEO of BW LPG.Martin Ackermann, CEO of BW LPG, said: “It has been a privilege to lead BW LPG through some challenging years and to see it continue as a strong platform for the future”.Andreas Sohmen-Pao…

The Very Large Gas Carrier (VLGC) freight rates started to recover towards the end of the first quarter as U.S. consumption reverted to seasonally lower levels pushing U.S. LPG prices down, widening the geographical LPG price arbitrage between the U.S. and the Far East.According to BW LPG, the owner and operator of liquid petroleum gas (LPG) vessels,  the recovery in VLGC freight rates was further strengthened by two occasions of fog and a temporary closure of the Houston Ship…

Synergy Group has launched a new counselling service aimed at improving mental health support for sea- and shore-based maritime personnel.iCALL is a free psychological helpline for the worldwide maritime community available 24/7 in nine different languages via phone, email and the chat-based nULTA App.“Numerous studies into the psychological health of seafarers have shown that large numbers of seafarers suffer from obvious manifestations of impaired psychological well being such as social isolation and depression…

BW LPG Limited (BW LPG) announced that it has withdrawn its proposal to combine with Dorian LPG Ltd. (Dorian). BW LPG will also withdraw the candidates it previously intended to nominate to stand for election to the Dorian board at Dorian’s 2018 Annual Meeting of Shareholders.BW LPG also announced that the following letter has been sent on October 8, 2018 to the Chairman, President and Chief Executive Officer of Dorian:Mr. John HadjipaterasChairman, President and Chief Executive OfficerDorian LPG Ltd.c/o Dorian LPG (USA) LLC27 Signal RoadStamford…

Dorian LPG confirmed that Oslo-based BW LPG BW LPG  has submitted the names of three director candidates to stand for election at Dorian's 2018 Annual General Meeting of Shareholders. Dorian LPG, is a fully-integrated liquefied petroleum gas shipping company and the owner and operator of a large fleet of 22 modern very large gas carriers, has previously received a revised unsolicited proposal from BW LPG to combine with Dorian.Dorian's Board of Directors will review all of BW LPG's actions and respond as appropriate in due course.

Dorian LPG announced that its Board of Directors has unanimously declined an unsolicited, conditional proposal from Norway's BW LPG, the world's largest liquid petroleum gas shipper, to combine with Dorian in a stock-for-stock transaction. After a thorough review, conducted in consultation with its financial and legal advisors, the Board of Directors unanimously concluded that the proposal is not in the best interests of Dorian and its shareholders., said a press release from the company.

The world's largest liquid petroleum gas (LPG) shipper, Norway's BW LPG, is offering to buy competitor Dorian LPG in a $1.1 billion all-stock deal in an effort to boost its earnings in a weak market, it said in a statement on Tuesday.Dorian shareholders will receive 2.05 BW LPG shares for each Dorian share, equal to $7.86 per share, a premium of 13 percent from Friday's closing price, and based on BW LPG's share price on May 28.New York-listed Dorian LPG's equity is valued at about $441 million and including debt the transaction is valued at $1.1 billion.The deal is backed by shipping conglome 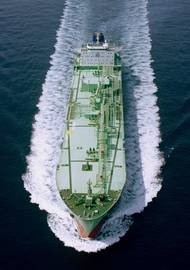 BW LPG Limited and Global United Shipping India Private Limited, have agreed to establish a joint venture in India in which the parties will own 50% each. The purpose of the new joint venture, named BW Global United LPG India Private Limited, is to own and operate Gas Carriers for the transportation of LPG within Indian waters. As part of the establishment, BW LPG will sell two of its vessels, BW Boss and BW Energy, to the joint venture company and to that end BW LPG has entered into binding vessel sales contracts.

BW LPG Limited has signed a Debt Facility Agreement of USD290 million for the re-financing of six 2016 built ex-Aurora ships. The re-financing has been raised from The Export-Import Bank of Korea (KEXIM) as ECA (Export Credit Agency) lender, with ABN AMRO Bank N.V., Singapore branch and Oversea-Chinese Banking Corporation Limited as Mandated Lead Arrangers. ABN AMRO Bank N.V., Singapore branch also acted as coordinator and facility agent. The all-in cost for this financing is LIBOR plus 1.88%, with a 16-year amortization profile.

Port authorities in Chennai have impounded a BW LPG vessel and a local ship carrying heavy fuel oil, and detained their crews, a spokesman for the port said on Friday, after their collision last week caused an oil spill affecting marine life and local fishing. About 20 tonnes of heavy fuel oil leaked and a complete clean-up is expected to take eight to 10 days, according to an Indian coast guard spokesman. BW Maple, with a total capacity of 82,000 cubic metres of liquefied petroleum gas, was half full when it collided near Chennai with the Indian ship Dawn Kanchipuram on Saturday.

Less domestic petrochemical consumption of LPG would be positive for VLGC shipping as it would result in a greater surplus of LPG available for export. However, it is still unclear whether this dedicated-feedstock ethylene (five new ethylene plants, two expansions) and propylene production capacity expansion will displace a portion of the olefin production currently coming from flexible-feedstock ethylene crackers (positive for VLGC freight), or whether it will supplement it and the excess olefin production will then be exported (negative for VLGC freight).