The Indian Register of Shipping (IRClass) said that the classed fleet registered approx. 3% growth in the past year.The ship classification society said that its foreign flag fleet continued to grow at a robust pace with 16% more vessels added during 2019 demonstrating strong global acceptance of IRClass services.IRClass received several flag authorizations in 2019 including key flags like Cyprus and Denmark and is now recognized by 45 flag states worldwide. It opened a new office in the Netherlands to add to its other European offices in the UK… 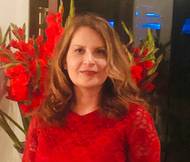 Rail freight operator Metrans received the first Vectron multi-system locomotive at its container terminal in Prague.The vehicle is part of an order of ten multi-system locomotives. They are being manufactured in the Siemens Mobility factory in Munich-Allach and will be delivered in full by spring 2020.Metrans will deploy the new Vectron locomotives in transnational freight traffic across Central and Eastern Europe.“We are very happy to have received the first of ten Vectron locomotives from Siemens Mobility at our location in Prague.

Ukraine-based Informall Business Group in its latest Black Sea Container Market review reports a rise of 8.70% in loaded containers handling in the Black Sea container ports of Romania, Bulgaria, Ukraine, Russia and Georgia in 2018 as compared to 2017.Black Sea container terminals of the five countries handled 2927016 TEU in 2018, including empty containers, excluding transshipment. This review observes only full containers of the region – 2188153 TEU.In 2018, there was a laden container turnover increase in all countries of the Black Sea region.

Identifying organisms and microbes in ballast water, as well as monitoring port marine life where ballast water may be released, are key for countries preparing to enforce International Maritime Organization (IMO)'s Ballast Water Management Convention. The treaty entered into force globally on 8 September 2017 and aims to counter the threat to marine ecosystems by potentially invasive species transported in ships' ballast water. A regional workshop in Batumi, Georgia (3-5 July)…

In order to streamline our empty container flows and increase efficiency, NileDutch has started working with Transmetrics of Bulgaria, a tech startup that provides predictive logistics solutions. Transmetrics already has extensive experience in demand forecasting and predictive optimisation for the cargo transport industry, and as a result of this collaboration with NileDutch, it will also launch its new product, AssetMetrics. “With machine learning and intelligent algorithms we want to revolutionise how empty container handling and relocation is organised.

Turkey announced on Monday the route for a planned canal that would reduce shipping traffic on the busy Bosphorus Strait and transform the European half of Istanbul into an island. Work on the 45-km (28-mile) Kanal Istanbul, linking the Black Sea and the Sea of Marmara west of the Bosphorus, will begin this year, Transport Minister Ahmet Arslan said, adding it formed part of Turkey's most expensive construction project. The Bosphorus is one of the world's busiest waterways with 42,000 vessels passing through in 2016 - compared with 16,800 that transited the Suez Canal in the same year.

Greece's state controlled natural gas firm DEPA signed a cooperation agreement on Thursday with natural gas company Gastrade to participate in the development of a liquified natural gas terminal in northern Greece, DEPA said. Greece currently has one LNG terminal on an islet off Athens. Gastrade, part of Greek energy group Copelouzos, is planning a second LNG terminal near the northern city of Alexandroupolis. The project has been described as a 'project of common interest' by the European Union.

Bulgaria and Greece agreed to expand Multimodal Freight Corridor Between Black Sea, Aegen Sea and Dunabe. Bulgarian Minister of Transport, Information Technology and Communications Ivaylo Moskovski and Greek Minister for Infrastructure, Transport and Networks Christos Spirtzis have agreed to extend the multimodal transport corridor between the two countries connecting the ports of Varna, Burgas, Kavala and Alexandroupoli. The Greek part accepted Bulgaria’s proposal to include a connection with the port of Ruse in the joint project.

HANSA HEAVY LIFT has transported five Gottwald mobile harbor cranes, weighing a total of 1,400 metric tonnes, loading them in Denmark and Belgium and delivering them to Bulgaria and Egypt. All five cranes were lifted and stowed fully-erected on deck, which limited the line of sight for the crew aboard HHL Rio de Janeiro, requiring an extra radar scanner to be installed on the foremast. Extra risk assessments were also carried out prior to commencing the voyage, in order to fully comply with all local and flag regulations.

The European Border and Coast Guard Agency is being officially launched today less than a year after it was first proposed by the Commission. The launch event takes place at the Kapitan Andreevo Border Checkpoint at the Bulgarian external border with Turkey and includes a presentation of the vehicles, equipment and teams of the new Agency, as well as a press conference attended by Migration, Home Affairs and Citizenship Commissioner Dimitris Avramopoulos, Bulgarian Prime Minister Boyko Borissov… 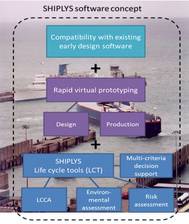 US Naval Academy Inducts Class of 2020

The U.S. Naval Academy welcomed the 1,184 men and women of the incoming Class of 2020 in Annapolis June 30 during Induction Day. Induction Day--or I-Day--marks the beginning of a demanding six-week indoctrination period called Plebe Summer, during which civilian students are indoctrinated into military life. This indoctrination period is meant to help plebes develop discipline, honor, self-reliance and organization. These attributes will provide them with the foundation they will need to be successful midshipmen and throughout their military careers.

The NATO buildup in the Black Sea is part of the alliance's strategy to expand its military presence along Russia's borders. The move would destabilize the situation in the region, says a report in Sputnik. Russian state media reported earlier this month that the USS Porter, a U.S. naval destroyer, had entered the Black Sea on a routine deployment, a move it said raised hackles in Moscow because it had recently been fitted with a new missile system. Under the Montreux Convention, countries which don't have a Black Sea coastline cannot keep their warships there for more than 21 days.

Sanmar Denizcilik,  tugboat builder & tugboat operator is celebrating its ‘40th Anniversary’ this year. More than 150 tugboats are presently in operation on international seas. In 1976 Orhan Gürün, today’s company chairman, together with his dear friend, the late Gökçen Seven, incorporated Sanmar Denizcilik. Sanmar has developed into a major force on two fronts – firstly as an efficient and much respected tugboat operator and secondly as a world renowned tugboat builder with two modern custom built shipyards producing vessels for six continents.

Tugboat builder and operator Sanmar Denizcilik is celebrating its 40th Anniversary this year. More than 150 tugboats benefiting from its wealth of experience are presently in operation on international seas, the company says. It was in the year 1976 that Orhan Gürün, today’s company chairman, together with his dear friend, the late Gökçen Seven, incorporated Sanmar Denizcilik. Now celebrating its 40th Anniversary, Sanmar has developed into a force on two fronts, firstly as a tugboat…

Bulgaria to Develop Ports with Quatar

Bulgaria will develop its port infrastructure in cooperation with Qatar, reports Standartnews. Bulgarian Prime Minister Boyko Borisov held a meeting with Qatar’s Minister of Transport and Communications Jassim bin Saif Al Sulaiti in this regards. The major topic of discussion was the Memorandum of Understanding between the Bulgarian Ports Infrastructure Company and the Qatar Ports Management Company. The official visit of Al-Sulaiti in Bulgaria is at the invitation of the native transport minister Ivaylo Moskovski.

Given the success of the first meeting he had in 2015 with the chairmen of the national maritime clusters forming the ENMC, Commissioner Vella expressed the wish to reiterate this high-level forum every year. In that spirit, the 2016 two-hours meeting took place in Luxembourg last week in the presence of eleven maritime clusters from Belgium, Bulgaria, Finland, France, Italy, Luxembourg, Poland, Portugal, Spain, the Netherlands and the United Kingdom. Main topics of the agenda discussed with Commissioner Vella were the follow-up of the International Ocean Governance…

Greek-US Plan for an LNG Terminal

Greece and the US are likely to reveal a joint venture to develop a liquefied natural gas (LNG) terminal when US Secretary of State John Kerry makes an official visit to Athens in November. According to a local news report in eKathimerini, Kerry dropped a hint about the plan during his meeting with Greek Prime Minister Alexis Tsipras in the United States at the end of September, referring to the prospect of northern Greece evolving into an energy hub with the construction of an LNG terminal.

Two high-speed boats from Sweden have joined the sea rescue effort in the Eastern Aegean, and it was GAC that coordinated their delivery to Greece. The craft were sent by the not-for-profit NGO, the Swedish Sea Rescue Society (SSRS), in response to the growing humanitarian crisis that has seen thousands of refugees attempting to cross the sea to enter Europe through the islands of Eastern Greece. According to figures from the United Nations High Commission for Refugees, in July 2015 alone 50,000 new arrivals were reported, mainly to the islands of Lesvos, Chios, Kos, Samos and Leros.

The City of Burgas and its association of environmental organizations have opened a new simulator center for maritime training in the region in line with the expansion of the port of Burgas. The maritime simulator center was developed as part of a EU project to provide enhanced training of fishermen and post graduation of mariners in Bulgaria. As the second-largest city and important port on the Bulgarian Black Sea Coast, Burgas serves as an important industrial and economical hub.