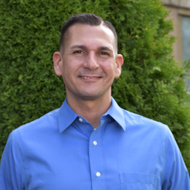 FarSounder has announced Richard Minogue as Office & Finance Administrator. He will work closely with the CEO on accounting, corporate contracts, and human resources, in addition to providing administrative support to the FarSounder team.Minogue joins FarSounder with a background in human resources and finance. Much of his career has been at Brown University where he developed his skills supporting the School of Engineering.

Taylor to Chair NOIA Board

The National Ocean Industries Association (NOIA) Board of Directors has elected Cindy B. Taylor as Chair and Kevin McEvoy as Vice Chairman for the upcoming 2015-2016 term. Taylor and McEvoy assumed their positions at the NOIA Annual Meeting today in Washington, DC. Since 2007, Cindy has served as President and Chief Executive Officer of Oil States International, Inc., a publicly traded diversified oilfield services company headquartered in Houston. She also serves on the company’s board of directors, and has been NOIA’s Vice Chair for the 2014 -2015 term.

The Safariland Group , a global provider of safety and survivability products for the public safety, military, professional and outdoor markets, announced the appointment of Scott F. Harris as Chief Financial Officer. As CFO, Harris will be a member of the Company’s executive leadership team and will oversee the global finance and accounting operations of the company. Harris will report to Scott O’Brien, President. Harris joins the company after spending the past 14 years at Delphi Automotive PLC, a vehicle components manufacturer.

Secretary of the Interior Ken Salazar appointed Liz Birnbaum, an attorney with two decades of federal government and private sector experience in energy and environmental policy, as Director of the Department’s Minerals Management Service. The appointment does not require Senate confirmation. As Director of the Minerals Management Service, Birnbaum administers programs that ensure the effective management of renewable and traditional energy and mineral resources on the nation’s Outer Continental Shelf…