Iran's Revolutionary Guards said on Friday they had captured a British-flagged oil tanker in the Gulf after Britain seized an Iranian vessel earlier this month, further raising tensions along a vital international oil shipping route.Britain said it was urgently seeking information about the Stena Impero after the tanker, which had been heading to a port in Saudi Arabia, suddenly changed course after passing through the Strait of Hormuz at the mouth of the Gulf.The Revolutionary…

BIMCO has appointed Philip Tinsley as its new Head of Maritime Security. Tinsley joined the association in 2015 and assumes his new position after the sad and untimely death of his colleague, Giles Noakes, earlier this year. Before joining BIMCO, Tinsley spent 31 years with the Royal Marine Commandos – an elite specialist unit of the British Royal Navy, where he reached the rank of Major. His time with the military included both coastal and shore-side operations on a global scale and warfighting, with a specialisation in cold weather warfare.

North P&I Club has strengthened its loss prevention team this month with the appointment of loss prevention executive John Southam, a master mariner with global experience in container, offshore, shipbuilding and consultancy roles. Together with the recruitment of survey executive Stephen Maclennan from the Royal Navy earlier this year, his appointment boosts the Club’s international loss prevention department to 14. Southam was previously a marine consultant and surveyor with Braemar Technical Services in London. 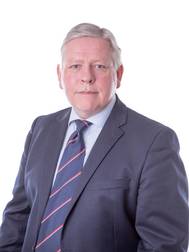 Kevin Hawes has started at  Seattle-based maritime services company and consultancy The Maritime Group (TMG) International Ltd., as Business Development Manager and Senior Consultant. Based at TMG’s London office at Victoria Embankment, he brings a wealth of commercial experience gained since leaving the British Royal Navy as a Lieutenant Commander in 1993. His appointment comes as TMG continues to grow, including a new website and recent ISO 9001 quality accreditation. Hawes' maritime experience was developed from 17 years in the Royal Naval Submarine Service to…

SENER has commemorated the 50th anniversary of FORAN, its CAD/CAM/CAE system for designing naval vessels and marine structures, created by SENER’s cofounder José Manuel de Sendagorta in the 1960s. Today it is the world leader in marine technology and, since its inception, it has served as the prime example of SENER’s ability to innovate and export. The event was held at Madrid’s Casino on the evening of Thursday, June 11, under the auspices of SENER’s founder and Honorary President…

The guided-missile frigate USS Kauffman (FFG 59), departed Naval Station Norfolk today for the ship's final deployment and will operate in the U.S. 4th Fleet area of responsibility. Kauffman's final deployment also marks the last scheduled deployment by any Oliver Hazard Perry-Class frigate and in September the ship will be the last operationally-active frigate to decommission. At that time, the only remaining frigate in the U.S. Navy will be USS Constitution, Navy's ambassador that was launched in 1797 and remains the oldest commissioned warship afloat in the world.

The British Royal Navy looks set to be a major draw at the London Boat Show, which opens at the ExCel exhibition centre 12, January 2013. The Navy will be at the London Boat Show for visitors to learn more about naval life and how, every minute of every day, somewhere in the world they are protecting the nation’s interests. The Navy stand will include an opportunity to get up close to an advanced Offshore Raiding Craft (ORC). Measuring 9 metres long and able to travel in excess of 35 knots, the craft were part of the Navy’s commitment to keeping the public safe during the Olympic Games.

LNG bunkering logistics dampen owner’s LNG power enthusiasm. When sail gave way to steam, the British Royal Navy dominated global maritime trade routes. It had the power and outreach to build a global chain of coaling stations for its warships. The availability of steam coal at strategic points gave commercial shipowners the confidence to order coal-powered steamships and the transition from sail to steam was very quick. Unfortunately for backers of LNG power for ships, there is no Navy today with the sort of scope and reach enjoyed by the British in their heyday.

Imtech has been awarded a design & build contract for the high-tech climate technology aboard the new Queen Elizabeth Class aircraft carriers being built for the British Royal Navy. The order represents a value of more than about $187m. The ships, which are 918.6 ft long, are the largest naval ships ever to be built in the UK. The two aircraft carriers are about 65,000 tons each, a size between the American Nimitz class and the French Charles de Gaulle class. The high-tech design and build order is a direct order from Babcock Marine, a member of the Aircraft Carrier Alliance.

The British Royal Navy-led EU NAVFOR, the European Union’s first naval task force assembled to protect international shipping in the waters off Somalia, has partnered with IT service company Polymorph to develop a collaboration tool for its vessels. The tool will be designed to coordinate anti-piracy operations off the Somali coast and protect United Nations World Food Program (WFP) vessels delivering food to the region. The system will feature a single framework for communication and document exchange.