Royal Caribbean International announced it will return to New Orleans with a seasonal home-based cruise ship in late 2018. The 915-foot Vision of the Seas will sail seven-night itineraries to destinations across the Bahamas and Yucatan Peninsula from the Port of New Orleans’ Julia Street Cruise Terminal. The ship will sail on Saturdays. “The Port of New Orleans is thrilled to welcome back Royal Caribbean. We look forward to working productively together for many years to come,” said Brandy Christian, Port President and CEO.

A seven-member delegation of trade ambassadors from Cuba met with Port officials and Louisiana trade representatives at the Port of New Orleans today, marking a return trip following a Louisiana delegation visit to Cuba in October. The delegation began the day by presenting an overview of the Cuban economy, trade activity, the Mariel Container Terminal and opportunities within the Mariel Special Economic Development Zone. A Louisiana business roundtable followed with representatives from manufacturers, shippers and logistics providers and a harbor tour of the Port of New Orleans.

Port of New Orleans Chief Operating Officer Brandy Christian joined Louisiana Gov. John Bel Edwards in signing a memorandum of understanding with Cuba on Oct. 4 pledging to expand trade and commerce opportunities between Louisiana and the Caribbean nation. The agreement also calls for joint marketing and information sharing efforts to meet those objectives. “The proximity and historical relationship between Cuba and the Port of New Orleans has us well-positioned should the trade embargo be lifted… 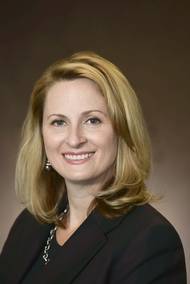 Green Marine, an environmental certification program for the North American marine industry, elected Port of New Orleans Chief Operating Officer Brandy Christian to its Board of Directors during its annual conference last month. “Brandy Christian’s nomination shows a high-level of commitment to sustainability from the Port of New Orleans,” said Green Marine Executive Director David Bolduc. “We are pleased to have an administrator with her level of expertise sitting on our Board. 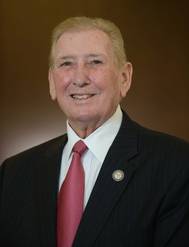 The Port of New Orleans’ board of commissioners announced today that port president and chief executive officer Gary LaGrange will retire at the end of his current contract in April 2017.The board is expected to name the port’s current chief operating officer, Brandy Christian, as LaGrange’s successor. LaGrange, a 40-year veteran of the maritime industry, served as president and CEO of the Port of New Orleans since 2001. During his tenure, the port invested more than $500 million in infrastructure…

Current COO Patrick J. Gallwey to Retire in March After 34 Years. Brandy D. Christian has been named the new Chief Operating Officer of the Port of New Orleans by President and CEO Gary LaGrange, succeeding Patrick J. Gallwey, who will retire March 1 after 34 years with the Port. Christian comes to the Port after 14 years with the Port of San Diego serving for the past five years as vice president, strategy and business development. During her tenure with California’s fourth largest cargo port…