French supply chain data services company Traxens has joined the new European DataPorts project, aimed at creating a data platform for cognitive ports of the future.DataPorts is an EU-funded, three-year project with a budget of $7.3 million (€6.7 million). It is coordinated by the Technological Institute of Informatics (ITI) in Spain.According to a press release from the Container IoT company, today, only three per cent of container terminals are automated. However, the future…

The Port of Marseille Fos (Grand Port Maritime de Marseille; GPMM) has just completed a blockchain pilot scheme to enhanced efficiencies at France’s largest seaport.The focus of the project for freight transportation on the  Mediterranean-Rhone-Saone (MeRS) corridor is to run a trial to evaluate the security of the digital transport chain. It will involve applying blockchain technology to supply chain logistics and freight forwarding, particularly where goods are transported in…

The Port of Rotterdam has announced that the first paperless and fully door-to-door tracked container, based on blockchain technology, has arrived at the warehouse of Samsung SDS in Tilburg.Last year Dutch bank ABN AMRO collaborated with the Port of Rotterdam and Samsung SDS on a blockchain trade initiative, DELIVER. The DELIVER concept fuels process automation and provides value for all actors in the supply chain.Yesterday, they have successfully tracked and instantly financed a shipping container and the Proof of Concept (PoC) phase is complete.

The new dry bulk shipping company G2 Ocean and emerging markets specialists Manuchar have announced the successful trial of CargoX’s blockchain-based Smart Bill of Lading (B/L) Solution, and in doing said the traditional bill of lading is “ready for retirement."According to a statement form G2 Ocean, a joint venture of two of breakbulk and bulk shipping companies - Gearbulk and Grieg Star, the two companies concluded their test of the blockchain-based B/L system in April.“Paper Bills of Lading are already considered a historic artefact.

Global container carriers CMA CGM and MSC Mediterranean Shipping Company (MSC) has announced they will join TradeLens, a blockchain-enabled digital shipping platform, jointly developed by A.P. Moller - Maersk and IBM.With CMA CGM, MSC, Maersk, and other carriers committed to the platform, data for nearly half of the world’s ocean container cargo will be available on TradeLens. The addition of CMA CGM and MSC will provide a significant boost to the TradeLens vision of greater trust, transparency, and collaboration across supply chains to help promote global trade.

Shipping major AP Moller-Maersk Group's export-import (exim)-focused trade finance arm Maersk Trade Finance is targeting a 33 percent loan disbursal growth at $200 million in 2019 in India.The trade financing solution arm of Danish business conglomerate said that it disbursed a total of USD 0.7 billion globally till date since its inception in 2015, with over 150 million in India in the year 2018, a 53% Y-o-Y increase as compared to 2017.Vipul Sardana, Global Head of Maersk Trade Finance said “Indian SME sector continues to play a significant role in India's economic development.

A group of seven major oil and gas companies, including ExxonMobil Corp., Chevron Corp. and ConocoPhillips, announced a partnership to establish the first industry blockchain consortium in the United States.With several use cases across the industry value chain, the consortium intends to conduct proofs of concept with this emerging technology in 2019, said a press release from OOC Oil & Gas Blockchain Consortium.The OOC Oil & Gas Blockchain Consortium was founded to advance industry blockchain technology learnings for the purpose of driving industry standards…

Singapore-based Pacific International Lines (PIL) has completed a blockchain pilot with IBM for an electronic Bill of Lading (e-BL).PIL has used e-BL built on the IBM Blockchain Platform in a real-time pilot tracking shipment of mandarin oranges from China for the Lunar New Year celebrations.With the use of e-BL, the trial has produced a significant reduction in the administrative process of transferring the title deed from five to seven days to just one second."This is significant because the Bill of Lading is one of the most crucial documents used in international trade…

Israel’s largest cargo shipping company ZIM Integrated Shipping Services has opened its blockchain platform for electronic bills of lading (eB/Ls) to all clients in selected trades.Over the last year, following ZIM’s November 2017 announcement regarding the first-ever pilot of paperless Bills-of-Lading based on blockchain technology, ZIM and selected leading customers have been testing the new Platform as a solution for trade activities on multiple shipping lanes.Following the successful pilot, accomplished with the cooperation of Wave Ltd. 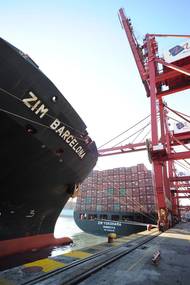 Over the last year, following ZIM’s November 2017 announcement regarding the first-ever pilot of paperless Bills-of-Lading based on blockchain technology, ZIM and selected leading customers have been testing the new Platform as a solution for trade activities on multiple shipping lanes.Following the successful pilot, accomplished with the cooperation of Wave Ltd. and Sparx Logistics, ZIM continued to evaluate the platform in different trade lanes with more customers. The exploratory…

Blockchain to Improve Operations in Port of Veracruz

An innovative application of blockchain technology will be put to the test at the Port Community of Veracruz, Mexico by a team of researchers from the Texas A&M Transportation Institute (TTI) and dexFreight, a Florida-based blockchain and logistics startup.The project will help define blockchain applications for improving the safety and security of freight transportation within port communities. Blockchain has been described as an “immutable ledger,” a secure, transparent system for tracking shipments and transactions through complex environments.

Abu Dhabi Ports subsidiary Maqta Gateway said that it is to carry out its first testing of international blockchain solution Silsal with a maritime operator in partnership with MSC Mediterranean Shipping Company, a global leader in shipping and logistics.Silsal provides a seamless and secure link between stakeholders across the trade community using the electronic ledger system.As a major carrier, MSC will provide vital information and feedback on the international pilot project…

The Port of Rotterdam Authority, Samsung SDS and ABN AMRO are preparing to launch a container logistics blockchain pilot.The pilot will seek to use blockchain technology to build a platform for efficient and paperless administration processes for the international finance and logistics surrounding container transport. The result should make it just as easy to transport, track and finance goods and services as it is to order a book online.Currently payments, administration and…

There is still a lot of space in the logistics sector to use digitization to achieve more transparency and, particularly, more efficiency.ABN AMRO, the Port of Rotterdam Authority and Samsung SDS, the logistics and IT arm of Samsung, have joined forces to launch a pilot based on blockchain technology. The pilot starts in January next year, and the results will be announced in February 2019. The ultimate goal is for a complete, paperless integration of physical, administrative and financial streams within international distribution chains."The transportation…

The Maritime and Port Authority of Singapore (MPA) signed two Memoranda of Understanding (MoU) for Additive Manufacturing (AM), also known as 3D printing.The two MoUs are: a) An MoU with PSA Corporation Limited (PSA), the National Additive Manufacturing Innovation Cluster (NAMIC) and 3D MetalForge Pte Ltd (3D MetalForge) to establish the world’s first on-site AM production facility for port applications; and b) An MoU with NAMIC and the Singapore Shipping Association (SSA) to…

Global Blockchain Technology Market in Logistics to Grow 82.86% by 2022

The global blockchain technology market in transportation and logistics industry to grow at a CAGR of 82.86% during the period 2018-2022.Blockchain technology is a cryptographically managed, distributed ledger system offered by vendors such as IBM, Microsoft, Oracle, SAP, and Tata Consultancy Services.The latest trend gaining momentum in the market is the advent of blockchain as a service (BaaS) which will lead to the growth of the market, according to Global Blockchain Technology…

Commodity firms and banks have been diving into blockchain pilot schemes over the last two years but the new technology's application for most trading has likely been over-hyped, a report by Boston Consulting Group (BCG) said.Blockchain, originally the platform behind cryptocurrency Bitcoin, is viewed by some as a solution to inefficiencies, improving transparency and reducing to the risk of fraud. But BCG believes its potential has been exaggerated.A high-tech ledger, blockchain…

Shipping group Maersk said on Thursday 94 companies and organizations have so far joined a blockchain platform developed with IBM aimed at boosting efficiency and limiting the enormous paper trail of global container shipping.The industry has seen little innovation since the container was invented in the 1950s, and cross-border trade still leaves an enormous trail of paperwork and bureaucracy.Under its new strategy, which includes the creation of an industry-wide blockchain-based trading platform, Maersk aims to expand its transport and logistics business in areas such as freight forwarding an

Imperial Logistics is joining a new industrial initiative as one of its founding members. The consortium is called +D (plusdecentral) and aims to build a cross-company transaction protocol bringing automation and new business models to the Supply Chain.With this new decentralised infrastructure, it will be possible to digitize and automatically manage tasks such as transport contracts, insurance policies, tracking consignments, editing documents, settling damage claims and payment…

EY, Guardtime, A.P. Møller-Maersk, Microsoft and insurance industry leaders Willis Towers Watson, XL Catlin, MS Amlin and ACORD announce members of the marine industry are using Insurwave, a blockchain platform to support marine hull insurance. In an increasingly complex and ever evolving risk landscape, global businesses will use the platform to transform how they manage risk across their organization, and how they work with brokers and (re)insurers. Insurwave, built by a joint venture between EY and Guardtime… 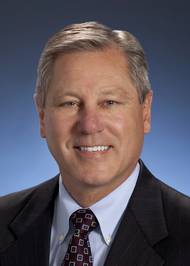 Cargo security goes high tech in its quest to account for cargo damage. Two different firms bring the same goals to the supply chain. The need for vessel and cargo tracking has always been necessary. But, the methods and equipment to accomplish those tasks haven’t always been available. Before the mid-1990’s, for example, without AIS transmitters, a vessel that missed its ‘LayCan’ at a particular port by just a few hours could credibly misrepresent its position at sea, absent any corroborating evidence by its prospective charterers. And, there usually wasn’t any.

South Korea's Hyundai Merchant Marine (HMM) announced that it started its first ‘Ultra-Freezer’ service from Busan, Korea to Barcelona, Spain, based on its rich experience in the high-tech reefer container service. Ultra-freezer service refers to transportation of goods in – 60ºC, which are above the limit of regular reefer containers (– 35ºC to -40ºC). High technology and skilled personnel are also needed in the ultra-freezer service, as ultra-freezer containers need to maintain the very low temperature during shifting, loading, and discharging process.