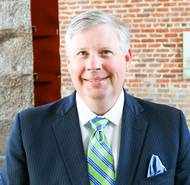 The Mississippi River Ship Channel could be the first port complex on the Gulf Coast to reach a depth of 50 feet now that the Director’s Report has been signed by the U.S. Army Corps of Engineers. Elected officials and industry leaders have long worked to increase the channel’s depth to 50 feet, which is the same depth of the expanded Panama Canal.In signing the Report, Corps of Engineers Director of Civil Works James C. Dalton stated the project is “economically justified and…

Designed to expand awareness of the economic impact of commerce on the Lower Mississippi River and highlight career opportunities and pathways, the Summit will feature an array of speakers from industry and academia, along with a panel discussion on how industry can collaborate with educators to fulfill current and future workforce opportunities. “This Summit is designed to educate community stakeholders of the economic impact of trade, transportation and logistics throughout… 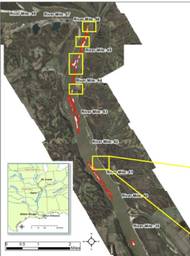 The Big River Coalition inform that the following transits restrictions have been established to allow traffic to pass during rock removal work operations at locations C-100 and C-101 (Thebes, IL). The restrictions may be changed based upon conditions, including weather and experience with vessels passing while the rock removal operations are being conducted. The original request for these locations called for full channel closures and these new transit restrictions resulted from passing a test tow through this reach of the Upper Mississippi River (UMR).

The Big River Coalition provides the following update on progress made by the contractors on the ongoing “Rock Removal” (pinnacle rock) project being conducted on the Upper Mississippi River (UMR) in the vicinity of Thebes, IL., as well as navigational warnings issued. The contractor has completed work at locations C-105 and C-106. Surveys are being preformed at locations: C-107, C-108, C-109 to verify that the contracted amount of material has been removed before declaring these sites are complete.

Officials with the World Trade Center Mississippi River Alliance (WTC MSRA) and the Big River Coalition (BRC) have signed a Memorandum of Understanding outlining a cooperative effort to preserve and promote economic growth on the Mississippi River and Tributaries (MRT). The organizations will work together in support of increasing the draft in the Lower Mississippi River deep-draft channel to 50 feet to equal the maximum draft to be available when the new Panama Canal locks open in 2015.

U.S. Senator David Vitter, the ranking member of the U.S. Senate Committee on Environment and Public Works, joined industry and Louisiana transportation officials here today for the release of a new economic impact report detailing the benefits of deepening the Mississippi River to 50 feet from its current 45-foot draft. The Big River Coalition and the Louisiana Department of Transportation and Development commissioned the study by noted economist Tim Ryan, PhD., entitled “The…