GasLog Partners LP, an international owner and operator of liquefied natural gas (LNG) carriers,  increased quarterly cash distribution by 10% to $0.478 per unit for the third quarter of 2015, equivalent to $1.912 per unit on an annual basis. It has acquired three LNG carriers from GasLog Ltd. for $483.0 million ($480.0 million net of working capital) with attached multi-year charters to a subsidiary of BG Group plc. Andrew Orekar, Chief Executive Officer, commented: “GasLog Partners’ operating and financial performance this quarter has been strong. 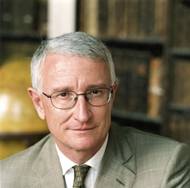 BG Group plc informed today that Helge Lund will join the Company as Chief Executive and an Executive Director with effect from February 9, 2015.  This is ahead of the previously announced start date of March 2, 2015. Lund’s start date has been brought forward following agreement last week from his former employer to release him from his contractual commitments. Andrew Gould, who has been serving as interim Executive Chairman of BG Group since April 2014, will return to his role as Non-Executive Chairman with effect from February 9, 2015.

Ithaca Energy Inc. announced the appointment of Mr Roy Buchan as Chief Operations Officer, starting 5 January 2015. Mr Buchan has over 30 years of operational experience in the oil and gas industry. He has held various technical and senior management positions in the North Sea and internationally for Royal Dutch Shell plc and was previously Group Head of Operations for BG Group plc and, most recently, Technical & Production Director of Talisman Sinopec Energy UK Limited. In accordance with the Company’s Stock Option Plan…

Golar LNG Limited announced that with effect from September 19, 2014, Sir Frank Joseph Chapman has been appointed to the Board of Directors of the Company and will act as the Company's Chairman. Sir Frank Chapman has worked 40 years in the oil and gas industry culminating in a twelve-year period as Chief Executive of BG Group plc. Under Sir Frank's leadership, BG Group grew from the modest UK-based Exploration and Production interests of the old British Gas into an international integrated oil and gas major. Operating profits grew from some $50 million in 1996 to more than $8 billion in 2012.

Engineering giant Bechtel Corp reached a new workplace agreement on Friday with construction workers, averting strikes that could have delayed the start-up of three liquefied natural gas (LNG) plants it is building on Australia's east coast. Bechtel is building $62 billion worth of LNG plants on Curtis Island off the state of Queensland, where the Construction, Forestry, Mining and Energy Union (CFMEU) approved a new pay and work schedule deal after rejecting two earlier offers.

Glencore Xstrata Plc's interim chairman, former BP Plc chief executive Tony Hayward, is in the running to take the job permanently, the Wall Street Journal reported on Friday, citing people familiar with the situation. Hayward is on a shortlist with Roger Agnelli, the former chief executive of Brazil's Vale SA, and Frank Chapman, former head of oil and gas producer BG Group Plc , according to the Journal, which said it is not clear whether the shortlist is final, or who is the front runner.

GasLog Ltd. orders two new 174,000 cbm Tri-Fuel Diesel Electric LNG carriers from Samsung Heavy Industries Co., Ltd. The vessels are expected to be delivered in Q1 and Q2 2016, respectively, and upon delivery will commence firm ten-year charters with a subsidiary of BG Group plc. Following the successful delivery of the GasLog Shanghai into a BG Group charter on January 29, 2013, GasLog now has a twelve-ship fully owned fleet, of which three ships have been delivered and are on charter and nine ships are either under construction or to be constructed through Q2 2016.