In his first week in the new role of OSM Maritime CEO, Bjørn Tore Larsen has outlined his vision for greater female participation in the maritime industry, particularly with regards to vessel crews.Larsen, the founder and Chairman of the global ship management company, believes a healthier gender balance will help shipping in the quest for long-term success and commercial sustainability.OSM is a leader in the ship management segment, with over 500 vessels in the fleet, approximately 30 office locations and some 11,000 expert seafarers.

Ship management firm OSM said it is in the final stages of completing a Singapore-based Maritime Operations Center that will help transform decision-making, efficiency and performance for its global customer base.The facility, developed in partnership with Singapore based analytics company Azendian Solutions, will initially allow OSM to connect all its data sources around the world. In the near future, the operations center will not only be the main pillar of OSM’s Technical Management offerings…

MOL Triumph, the first of the world’s largest and newest vessels to call in the UK, arrives in Southampton on THE Alliance's FE2 service as new third deep-water berth opened at London Gateway in April, ahead of first regular Asia-Europe service starting. DP World's UK terminals will welcome the first services from the Far East following a global shake-up of the world’s shipping lines. Inaugural calls of Asia/Europe services by THE Alliance, a shipping consortium made up of Mitsui O.S.K Line… 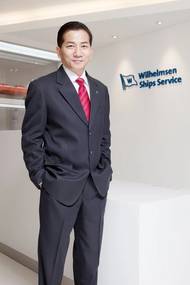 Wilhelmsen Ships Service (WSS) announced that Frank Liang has been named Regional Offshore Manager Asia, tasked with building the company’s business with rig contractors. According to Sean Neilan, Sales & Marketing Director in Asia Pacific, Liang will play an important role in WSS's strategic initiative toward the offshore market. In his almost three-decade career working as an ITC specialist within the marine, offshore and energy industries, Liang brings a wealth of experience and a vast network to WSS operations in Asia.

Seal Analytical, a manufacturer of automated nutrient analysers and sample digestion systems, has announced the appointment of Rob Hardy as UK Sales Manager. "With a Masters degree in Chemistry and experience as a research chemist, Rob has a good understanding of the needs of our customers, so we are delighted that he has joined our UK team," says SEAL President Stuart Smith. After working as a researcher in the chemical industry, Hardy  studied Chemistry at Newcastle University, and completed a thesis on the synthesis of novel catalysts. 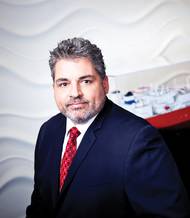 Excelerate Energy & the Year of LNG

This being the “Yearbook” edition of Maritime Reporter & Engineering News, it would be remiss to not have coverage of LNG, one of the hottest fueling trends in maritime circles, particularly in North America. For a unique insight on a rapidly evolving market, MR caught up with Edward Scott, COO, Excelerate Energy, which is making big strides in the LNG Regasification sector, and recently received on the of the world’s largest and most capable units, the FSRU Experience which he touts as the world’s largest and most capable FSRU.

Several Appointments Made Throughout SPEX Group

SPEX Group, an Aberdeen-headquartered provider of innovative technology solutions and services to the global oil and gas industry, has strengthened its management team with a round of key appointments. Sylvia Halkerston joins the SPEX board of directors, following a career spanning 35 years in human resource management in both the public and private sectors. The company has also boosted its HR and communication teams, with the appointment of Carole Innes as Business Communications Manager and Jacqui Duncan as HR Manager.

UK-based EcoAdBlue offers world-wide delivery of its marine urea, a liquid used in Selective Catalytic Reduction (SRC) systems for marine diesel engines. EcoAdBlue say that it distributes Urea throughout the world from nine of its strategically placed production sites allowing it to offer international coverage, supplying businesses for an array of various vehicles; from tractors and lorries to large-scale marine vessels. The company offers competitive rates and bespoke solutions…