A dry bulk shipping company looking to enhance efficiency, cut costs and create complete procurement transparency has turned to digital procurement through Ligimatic's SERTICA fleet management system.Singapore-based Berge Bulk, which controls a fleet of 70 vessels, including some of the largest in the world, equating to over 10 million DWT, invested in SERTICA in 2014, but has recently added Moscord Marketplace digital procurement to its exiting solution.SERTICA allows Berge Bulk to optimize internal procurement processes…

Even as shipowners enjoy record low bunker fuel pricing, the search for hull cleaning and fuel-saving optimization continues. Jotun, which recently launched 'hull skater' hull grooming, found a willing partner in Wallenius Wilhelmsen -- an operator of a fleet of 126 RoRo vessels, 11 marine terminals and 71 processing centers globally -- to put the hull skater to the test.For the past decade, Wallenius Wilhelmsen has produced an annual Sustainability Report, describing initiatives undertaken to reduce the company’s emissions and safeguard life below the water line, among other target areas. 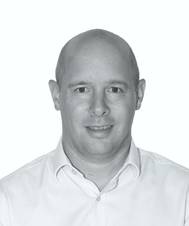 When it come to ship efficiency and emission reduction, the next frontier is devising better means to keep hulls clean from biofouling in the five years between dry dockings. Finding best solutions on hull coating and cleaning is major point of focus among shipping majors globally.Last month in a feature interview in Maritime Reporter & Engineering News with Royal Caribbean Cruises (RCCL) Anshul Tuteja, Associate VP Global Fleet Optimization, it was made clear that coatings used on the RCCL fleet is a point of intense focus…

Diana Shipping  announced that, through a separate wholly-owned subsidiary, it has entered into a time charter contract with Berge Bulk Shipping Singapore, for one of its Capesize dry bulk vessels, the m/v Sideris GS, for a period until minimum December 15, 2019 up to maximum March 30, 2020.The global shipping company specializing in the ownership of dry bulk vessels said that the gross charter rate is US$8,500 per day for the first 30 days of the charter period and US$15,350 per day for the balance period of the time charter…

Singapore’s Berge Bulk to sign a LOI for the constructions with CSSC Guangzhou Longxue Shipbuilding & CSIC Bohai Shipbuilding Heavy Industry. Singapore’s Berge Bulk is planning to place an order for up to eight very large ore carriers (VLOC) at China’s two state-owned shipyards. The eight newbuildings are scheduled for delivery in 2014 and 2015 and are expected to cost around $57-58m per ship. Meanwhile, Berge has proceeded with a newbuilding project for four 388,000dwt VLOCs at Bohai’s yard and the last vessel of the newbuilding series, ‘Berge Neblina', was delivered earlier this year.