Sovcomflot IPO Expected to Price at Low End of Range

Russian shipping company Sovcomflot is guiding investors to expect its initial public offering (IPO) to price at the low end of the marketing range, two bookrunners organizing the transaction said on Tuesday.The first big stock market float by a Russian company in a couple of years comes as wider investor sentiment towards Moscow has turned negative after the poisoning of Kremlin critic Alexei Navalny, protests in Belarus and renewed clashes in Nagorno-Karabakh.Russian assets…

DHL Global Forwarding, the ocean freight specialist of Deutsche Post DHL Group, is introducing the fastest rail freight connection between China and Germany in response to growing demand for rail freight services between Europe and Asia.The new rail service, operating between Xi’an in China and Hamburg and Neuss in Germany, has been set up in cooperation with Xi’an International Inland Port Investment & Development Group Co. Ltd. and is cutting transit time from 17 days to between…

Gdansk Ports Aims to be Gateway to Baltic

Europe’s fastest growing port, the Port of Gdansk, has outlined huge expansion plans designed to double its cargo volumes to 100m tonnes a year, during a high-level maritime and business delegation from Poland to Singapore.The delegation marks 50-years of diplomatic ties between the countries and is being organized with PSA International, the Singapore based global ports group. In May this year PSA International formally acquired DCT Gdansk, the largest container terminal in Poland…

FESCO Transportation Group, the largest intermodal transport operator in Russia, and Polish rail operator PCC Intermodal S.A. agreed on developing services of expedited cargo delivery from Japan, South Korea and China to European countries and vice versa through the Far East and Trans-Siberian Railway.The agreement of intent was signed during the Eastern Economic Forum.Using their experience and expertise, the companies are going to work on increasing the volumes of transit cargo shipped with Trans-Siberian Landbridge service launched this summer…

The Estonian terminal operator HHLA TK Estonia is strengthening its position as a RoRo hub in the Baltic region.The wholly owned subsidiary of Hamburger Hafen und Logistik AG (HHLA) said in a press release that the Finnish ferry company Eckerö Line recently began connecting the port of Muuga, where HHLA TK Estonia operates a multi-function terminal, with Vuosaari in Finland. Twice daily, the RoPax ferry Finbo Cargo enters the port of Muuga, which is about 20 kilometres east of the Estonian capital, Tallinn.

U.S. President Donald Trump expects the European Union to fund 9 to 11 liquefied natural gas (LNG) ports to absorb "vastly" more shipments from the United States but current EU investment in new projects will only help open small markets.In a White House press conference with Italian Prime Minister Giuseppe Conte late on Monday, Trump said part of the U.S.-EU trade talks sought to expand America's reach into the continent's gas markets which were awash in Russian supply."And we are already talking to the European Union about building anywhere from 9 to 11 ports…

The first Silk Road train exclusively destined for Antwerp has arrived. The freight train, which had left the Chinese port of Tangshan on 26 April, was officially welcomed today in the port of Antwerp. This direct railway link between China and Antwerp is part of the transnational Chinese ‘Belt and Road Initiative’, with which China seeks to revive the trade routes of the old Silk Road from Asia to Europe. The train is part of the 'Belt & Road Initiative' (BRI), the ambitious development programme of Chinese President Xi Jinping.

In connection with the increased cargo transportation by accelerated container trains en route China/ Europe/ China, UTLC JSC jointly with Belintertrans-Germany LLC, with assistance of the Belorussian Railways Baranovichi Division, is introducing an additional container train route via Kuznitsa/ Bruzgi border crossing. On July 31, 2017, the first container train departed from the Lodz  to Chengdu Station in this route. The container train has 41 40” containers with assembled cargo.

CEVA Logistics, a supply chain management companies, has launched a new rail service linking Shilong in southern China's Guangdong province to Hamburg in Germany. In conjunction with the Chinese state railway company, the new regular block trains will route Shilong, Manzhouli (China), Zabakalsky (Russia), Brest (Belarus), Malaszewicze (Poland) and Hamburg with a station-to-station lead time of 17-19 days. CEVA's new year-round service solution will save customers up to 2 days in time compared with other routings and will also deliver cost savings as a result.

The MPA Academy – the training arm of the Maritime and Port Authority of Singapore (MPA) – in partnership with the Singapore Management University (SMU) and Human Capital Leadership Institute, has officially launched its 2nd Advanced Maritime Leaders’ Programme (AMLP). Taking place from 20 to 25 April 2017, the six-day programme will gather 19 senior maritime and port officials from all regions including, Africa, Asia, Caribbean, Europe, Latin America, Middle East and Oceania.

Just one week after becoming the 172nd member state of the International Maritime Organization (IMO), the Belarus has acceded to three IMO treaties covering a variety of ship safety measures, including conventions on load lines and facilitation of maritime traffic. Ambassador of the Republic of Belarus to the U.K., Sergei Aleinik, met IMO Secretary-General Kitack Lim at IMO headquarters in London on December 5 to deposit the instruments of accession. Belarus deposited its instrument…

Start of Spartakiada Games of Gazprom in Krasnodar

The 11th Summer Spartakiada Games of Gazprom were opened today in the Tuapse District of the Krasnodar Territory. The opening ceremony took place at the Orlenok All-Russian Children’s Center. Taking part in the event were Elena Kasyan, Head of Gazprom’s Department and Alexander Koryakin, Director General of Gazprom Dobycha Krasnodar. 2,700 adults and children from 27 subsidiaries of Gazprom in Russia and Belarus came to Kuban to fight for the top tiers of the victory stand. The six-day Spartakiada Games will last till September 12.

Minsk hosted today an official construction launch of Gazprom Center – a Gazprom Group-owned multi-purpose complex. Alexander Lukashenko, President of the Republic of Belarus and Alexey Miller, Chairman of the Gazprom Management Committee took part in the event. Situated at the corner of Nezavisimosti Avenue and Filimonova Street close to the National Library of Belarus, the new complex will consist of nine contemporary premises of various heights, designed to be integrated naturally into the surrounding metropolitan area and to complement the existing buildings nearby.

The Eurasian Economic Union (EEU) officially starts functioning on January 1. The EEU unites Russia, Belarus, Kazakhstan, Armenia, and Kyrgyzstan. The new economic union envisages free flow of capital, goods services, and workforce on a common market including over 170 million people, according to reports of the Bulgarian National Radio. The union operates through supranational and intergovernmental institutions. The supranational institutions are the Eurasian Commission (the executive body), the Court of the EEU (the judicial body) and the Eurasian Development Bank.

The Amber Coast Logistics project brings together 19 project partners from Belarus, Denmark, Germany, Latvia, Lithuania and Poland, as well as another 25 associated partners. Founded with EU support, the project is designed to strengthen and exploit the existing potential of the transport and logistics sector in the southern and eastern Baltic Sea regions. 'Boundaries in the head are slower to disappear than frontiers between countries.' This was the realization of the recent mid-term event participants of the EU logistics project Amber Coast Logistics (ACL), held in Copenhagen, Denmark. 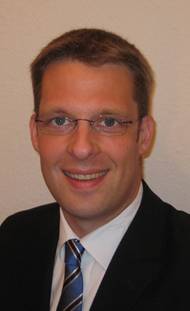 GAC has expanded its regional Shipping Marketing team with the appointment of Niko Steindamm. As Marketing Manager, Shipping, based in Bremen, Germany, Steindamm will promote GAC's global shipping and related services to the maritime and commodity/trading communities in Germany, Poland, the Czech Republic and Slovakia. Prior to joining GAC, Steindamm worked in sales and operations for a large container line in Germany, and for a ro-ro owner/operator specialising in project movements throughout the Baltic region. Capt.

Shipping and Sanctions: What You Need to Know

Economic sanctions, imposed by national and international governments for a variety of political reasons, can be snare traps for unsuspecting maritime enterprises. For the maritime industry, port calls in any nation against which sanctions have been imposed should be undertaken with caution. As this article illustrates, there are additional ways to run afoul of economic sanctions, but trading in a prohibited manner with a sanctioned nation is the most common. From the maritime perspective, economic sanctions come in three flavors.

Mitsui O.S.K. Lines said it will apply a peak-season bill of lading surcharge for all shipments from Europe and the Mediterranean to Asia for all equipment types. The surcharge, which will become effective from 1 Nov., 2009 and will extend until 31 Dec., 2009, will be $100 per TEU. The affected countries of loading will be: Iceland, Norway, Sweden, Finland, Russia, Denmark, Estonia, Latvia, Lithuania, Belarus, Poland, Czech rep, Slovenia, Germany, Netherlands, Belgium, UK, Ireland…

Greencarrier Freight Services, one of the Nordic region’s largest privately owned global transport companies, has opened an office in Minsk, Belarus. The company has expanded through both organic growth and acquisition since it was founded in 2000 and Belarus marks the 14th country where it has its own offices. “Our strategy is to develop our services in line with customer demand. We are expanding our office structure, especially in Eastern Europe, to ensure we can offer the best possible customer service,” said Peter Nevhagen, CEO, Greencarrier Freight Services.

Republic of Belarus signs up to  the EU-funded logistics project – Amber Coast Logistics (ACL – to enhance the country's transport & logistics sector. In the Amber Coast region Belarus has a particular role as a transit country of transnational land based trade and transport flows. It links the economic area of the EU to Russia. It is estimated that about 12 percent of the transit volumes by rail and road from or to Russia run through Belarusian territory. Since 1995, trade flows between Russia, Belarus and the EU increased by a factor of three to four.

Greencarrier AB, which until now has operated as two separate organizations in Norway for its freight forwarding and logistics activities, has decided to merge them as one entity. The new combined organization will form a part of the Greencarrier Freight Services division. Peter Nevhagen, CEO, Greencarrier Freight Services said, “By pooling our strengths, we can offer all of our customers the widest possible range of services. He added that the merger will make it easier for customers to do business with the Greencarrier Group.