U.S. manufacturer of lithium-ion cells and battery systems XALT Energy’s XPAND Battery system has been certified as acceptable for installation on all marine vessels classified by DNV GL. According to a press release from the company, XPAND Battery System has been demonstrated to comply with DNV GL rules for Classification of Ships, Offshore Units, and High Speed and Light Craft, and was therefore granted Type Approval Certificate TAE00002YC. The certification includes XALT Energy’s XMP71P-based systems, including XALT’s Battery Management System (BMS).

The environmental ambitions of the politicians in Hordaland were very high when it came to cutting emissions from ferry operations. A tender for new ferries, supported by DNV GL, resulted in a record investment of 140 million euros in zero-emission technology. When ferries pass the stunning scenery of Norway’s Hordaland County today they leave a sizeable pollution and CO2 footprint behind. Hordaland’s 20-vessel ferry fleet has an average age of 29 years and emits as many noxious fumes as all the buses of the county combined.

The German expert for lithium-ion battery systems AKASOL and the Norwegian pioneer of maritime energy storage solutions ZEM have worked together on the development of AKAZEM. The result is a unique autonomous IP 67 compliant liquid cooled modular system that can be combined in a “lego-like” fashion to meet smaller vessels’ space and power requirements up to a 2C power range at costs that opens many new applications. The first joint product, AKAZEM 15 OEM, is a self-contained modular battery unit specifically designed for work boats in the aquaculture industry…

Norwegian ship yard Fjellstrand AS has signed a contract with Norwegian ferry operator Fjord1 for the building of a new ZeroCatTM 120 car ferry. Fjellstrand was also responsible for building the car ferry MF Ampere which wrote history in 2015 as the world’s first full electrical ferry. The yard had a central position in the introduction of new battery technology in the ferry market. The new ferry is a further development of the MF Ampere and will be equipped for higher speed and longer range.

Corvus Energy has announced that it will provide Orca Energy lithium-ion energy storage systems (ESS) for four hybrid rubber-tired gantry cranes (RTGs) for CCCC Shanghai Equipment Engineering (CCCCSEE). The RTGs are the first of many cranes at the Chinese Port of Changshu to undergo a diesel to battery hybrid conversion using a Corvus Orca ESS. Corvus Energy will supply its latest generation ESS, Orca Energy, for the retrofit of four RTGs that will be converted to battery hybrid-electric cranes by integrator CCCCSEE.

Next Generation Workshops Set for Southampton

A unique program of three specialist events for the sub IMO / sub 24 meter professional sector is being held ‘back to back’ at the Grand Harbour in Southampton, U.K. this October. The fast moving workshop style program brings together an international group of experts armed with the latest knowledge to identify problems that affect the maritime sector worldwide – and highlight potential solutions. Event organizer and workshop lead John Haynes said, “We are really pleased with the diversity of high level presenters from military, commercial and SAR backgrounds.

ABB, the leading power and automation technology company, is proud to accompany Solar Impulse and its crew on the plane’s flight around the world powered only by energy from the sun. Solar Impulse, based in Switzerland, announced today it will begin its historic flight between late February and early March in Abu Dhabi. In 2014, ABB and Solar Impulse formed an innovation and technology alliance to advance a shared vision of reducing resource consumption and increasing the use of renewable energy. 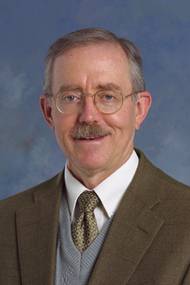 Corvus Energy, harnessing the power of large format lithium-ion battery systems for marine propulsion, will spotlight its proprietary technology at the International Tug & Salvage (ITS 2010) Conference May 17-21 at the Westin Bayshore Hotel in Vancouver, B.C. The conference marks the world debut of the BRAtt class training tugs, the first of which will feature Richmond, B.C.-based Corvus Energy’s battery and management system utilized as the house power bank. This direct diesel-powered version, will be available for demonstration to ITS registrants. 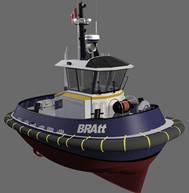 Robert Allan Ltd., Western Maritime Institute, and Corvus Energy Limited announced that a contract will be signed for the design and construction of the world's first "green" training tugs at the International Tug & Salvage (ITS 2010) Conference, to be held in Vancouver in May 2010. Western Maritime Institute (WMI) is an accredited marine training institute located near Ladysmith on Vancouver Island, providing a wide range of operational and safety training courses for marine personnel at all levels.